Gerald Raunig’s new book unfolds the worlds of cognitive and creative labour as new territories of existence and resistance. Based on a thorough critique of the “mode of modulation”, in which we constantly reform and deform ourselves and the worlds around us, the book draws lines of desertion into other, molecular forms of living and organizing. Here and now, the university as a factory of knowledge becomes a place of condensation, of assembly, and of re-appropriation of space, and the industry of creativity turns into a plane of wild, disobedient, non-subservient industriosity.

“In Factories Of Knowledge, Industries Of Creativity Gerald Raunig composes a diagnosis of present times that combines at least three levels of analysis: the contemporary political and social movements from the coasts of the Mediterranean to the USA; a genealogy that shows the tendencies, origins, and drifts in the fields of knowledge and cultural work; and finally, at the conceptual level, problems that have traversed political philosophy for decades, if not centuries, such as the question of the relationship of multitude and singularity or the radical critique of representation.” (Roberto Nigro)

Gerald Raunig is a philosopher who works at the Zürcher Hochschule der Künste and at the eipcp (European Institute for Progressive Cultural Policies). He is an editorial board member of the multilingual online journal transversal (transversal.eipcp.net/) and the Austrian journal Kulturrisse. Other recent books in English: Art and Revolution. Transversal Activism in the Long Twentieth Century, trans. Aileen Derieg, Semiotext(e)/MIT Press 2007; Art and Contemporary Critical Practice. Reinventing Institutional Critique, mayflybooks 2009 (ed., with Gene Ray); A Thousand Machines, trans. Aileen Derieg, Semiotext(e)/MIT Press 2010.

Emma Dowling is Lecturer in Sociology at Middlesex University, London. She has edited a research thread on Mobilisations, Interventions and Cultural Policy for the journal Lateral (2012) and co-edited a special issue of the journal Ephemera on Immaterial and Affective Labour (2007). Other recent publications include The Waitress – on Affect, Method and (Re)Presentation in Cultural Studies-Critical Methodologies (2012) and a four-part series on the politics of social investment and the UK government's idea for a “Big Society” for the New Left Project. She is a contributing author to a recent special issue of the journal Social Justice on Conflicts Within the Crisis (2013).

Susan Kelly’s research looks at relationships between art and micropolitics, rhetoric and practices of organisation. She works in performance, installation, video, and writes and publishes essays. She works both independently and collectively with art-activist groups in London. Over the last ten years she has shown her work in Belfast, New York, Toronto, Helsinki, Prague, Dublin, St Petersburg, Krasnoyarsk, Tallin, Innsbruck and Zagreb, and has published articles in republicart, Parallax, Journal of Visual Cultures and elsewhere. She currently teaches Fine Art at Goldsmiths. 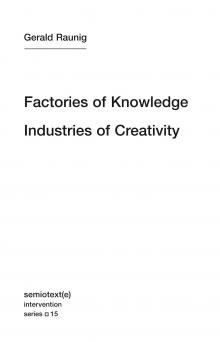