presented by the Unit for Sound Practice Research

Tim Hodgkinson and Dario Sanfillipo give this evening's presentation for Graduate Forum, prior to their performance as part of the A-B-A concert series, on Thursday 14 November in RHB 167.

Tim Hodgkinson (b. 1949), graduate in social anthropology at Cambridge, co-founded the politically and musically radical group HENRY COW with Fred Frith in 1968. In addition to composing, he has a long involvement in improvisation, and came back to anthropology in the 1990?s with research into music and shamanism in Siberia.

He has participated in many concerts with Iancu Dumitrescu’s Hyperion Ensemble both as bass clarinetist and composer and conductor. His compositions have been interpreted in such international festivals as: Spectrum XXI (Brussels, Paris, Geneva, London), Huddersfield Contemporary Music Festival (U.K.) where he was a featured composer in 2007, Craiova and Ploiesti Festivals (Romania), Guarda Festival (Portugal), Cantiere Internazionale d’Arte di Montepulciano (Italy), Konfrontationen Festival (Austria), Nordlyd Festival (Norway), Musique Action (France) and the European Symposium of Experimental Music at Barcelona.

His Piece for Harp and Cello was selected for the SPNM shortlist in 2005. His composition SHHH was accepted for the IMEB electroacoustic music archive at Bourges in 2006. His piece Fragor appeared in the Martin Scorsese film Shutter Island in 2010. He has worked with Hyperion Ensemble, Talea Ensemble, Ne(X)tworks, the Bergersen String Quartet, London Sinfonietta, Insomnio Ensemble, Phoenix Ensemble, Basler Schlagzeug Trio, Nidaros Slagverkensemble, Bindou Ensemble.

As an improvising musician on reeds and lap steel guitar Tim Hodgkinson has performed all over the world with many of the most acclaimed artists in the field, and continues to be fully engaged in the celebrated Konk Pack trio with Roger Turner and Thomas Lehn. He recently released KLARNT – a CD of solo clarinet improvisations.

As a writer, he has published articles and reviews on improvised music, musique concrète, spectralism, the ethnomusicology of shamanism, and the aesthetic problems of the impact of new technology on contemporary music making – in, amongst others, Perspectives of New Music, Arcana, Contemporary Music Review, Musicworks, The Wire, Cambridge Anthropology, Variant, Rer Quarterly, and Resonance Magazine. He has given lectures, workshops and seminars at Cagliari and Lyon Conservatoires, at the Institute of Contemporary Art and the School of Oriental and African Studies in London, at Istanbul, Edinburgh and Cornell Universities, and art schools in several European countries, at COMA summer school, and at the Verband für Aktuelle Musik in Hamburg where he was artist in residence in 2010.

Dario Sanfilippo was born in Agrigento, Italy, in 1983. He is a freelance composer, performer and sound artist whose research is focused on the study and exploration of complex dynamical feedback systems for non-conventional sound synthesis, improvised human-machine interaction performances, and autonomous sound installations. His works and research have been presented in international festivals and contemporary music events such as AudioArt Festival, Curva Minore Festival, Acoustic Fields Festival, AudioVisiva Festival, Quiet Cue concert series, Live!iXem Festival, Logos Foundation series, as well as Universities like Naples’ L’Orientale, Music and Performing Arts University of Vienna, University of Graz (IEM), Bangor University, Queen Mary University of London. His works and research have been selected for international conferences like International Computer Music Conference 2012, Sound and Music Computing 2011, Digital Music Research Network 2011, Colloquium of Musical Informatics 2010 and 2012, INTER/actions Symposium 2012, and they have been published by record labels such as Creative Sources, Die Schachtel and Idroscalo, and journals like Computer Music Journal. He graduated in Music and New Technologies at the Conservatory of Trapani, and is currently attending the Master’s Degree in Electronic Music at the Conservatory of Naples, in the class of Agostino Di Scipio.

All welcome, not just for graduates 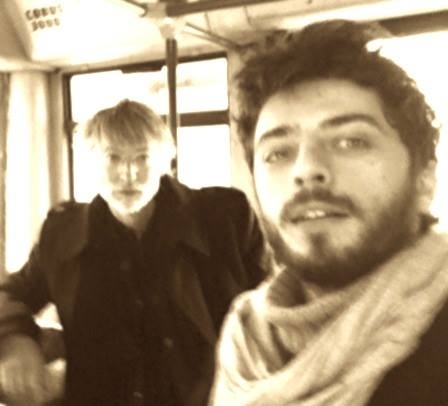