Deptford is less than a 10-minute walk from Goldsmiths, and it's just been voted London's coolest high street. There’s a growing creative community in the area, with many artists and makers filling the studios that sit beside Deptford Creek, the old docks.

At Deptford Market, you’ll find stalls selling fruit and veg from all corners of the world sitting alongside performing arts centre The Albany, community hub Deptford Lounge, and Bearspace, a gallery run by a former student. Look out for some fantastic murals while you’re shopping along Deptford High Street, which has been voted one of the best in the capital for its diverse independent shops.

If you fancy sampling some traditional London grub investigate Manze’s (eels, anyone?), and while you're in the area be sure to check out the Royal Albert and Dog and Bell pubs, and community café The Greenhouse Deptford. 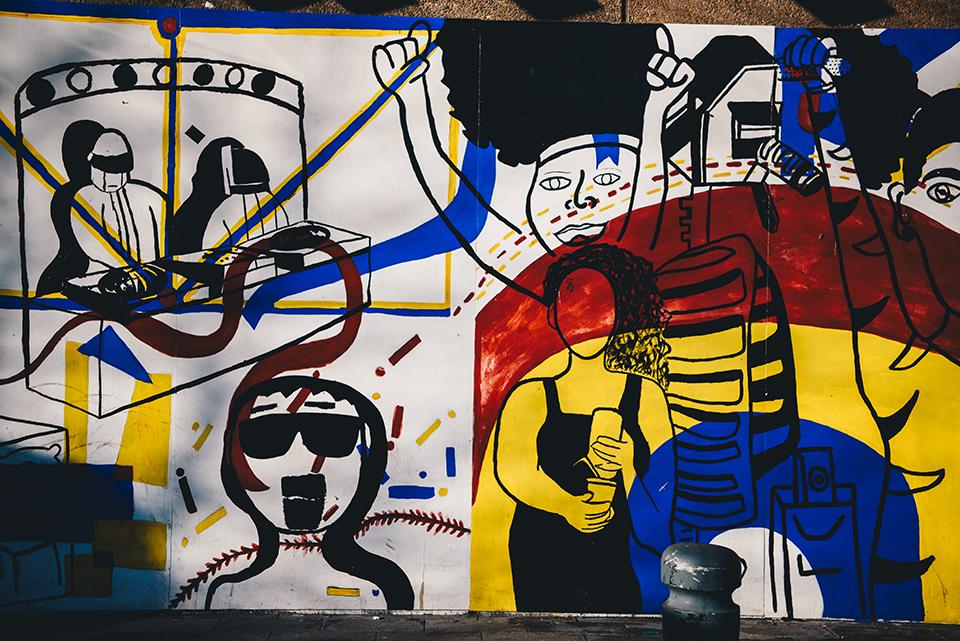