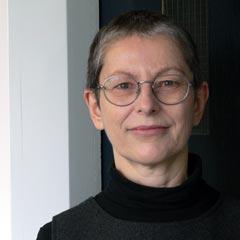 Kate Nash is the Director of the Centre for the Study of Global Media and Democracy. Kate has interests in political sociology, cultural sociology and social theory more generally.  She has been working on the culture and politics of human rights for some years now, and she has published widely in this area, including The Political Sociology of Human Rights (2015) and The Cultural Politics of Human Rights: Comparing the US and UK (2009) and a number of articles. 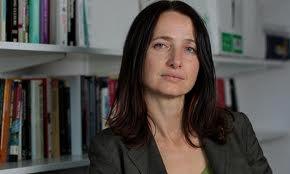 Natalie Fenton is the Co-Director of the new Centre for the Study of Global Media and Democracy. In this forum Natalie seeks to interrogate the relationship between the media and resistance - either as a dominant social force which through uniformity of representation encourages digression, or as a means of forging other identities and developing alternative political projects. I am particularly interested in notions of new media, networks and progressive politics; notions of political hope and rethinking our understanding of public culture, public sphere and democracy.

Miranda Iossifidis joined us as a Postdoctoral Research Fellow in January 2017.  She holds a PhD from the Sociology Department at Goldsmiths, University of London. Dr. Iossifidis holds and MSc in Contemporary Urbanism from the LSE and her research interests lie in urban studies and audiovisual culture.

Jorge Saavedra Utman joined us as a Postdoctoral Research Fellow in November 2017. He holds a PhD from the Department of Media, Communications and Cultural Studies at Goldsmiths, University of London. Dr. Saavedra Utman also holds an MA in Political Communications from University of Chile (Chile) and a BA in Media and Communications at Pontifical Catholic University of Valparaíso (Chile). His main research topics are in the media and communicative practices of non-mainstream actors in contexts of narrow democracies, the cultures of participation and activism, and Latin American cultural politics.

Eloísa Nos-Aldás joins us as a Visiting Fellow in March 2018. Nos-Aldás is PhD Professor at the Department of Communication Sciences at the Universitat Jaume I (UJI), Castellón, Spain and researcher at the Interuniversity Institute of Social Development and Peace (IUDESP), where she held the position of Head from 2010-2016.​ With 20 years of experience in teaching, research and university politics, she coordinated for 8 years the Master's and Doctorate program​s in International Studies in Peace, Conflict and Development Studies at UJI, both recognized with Excellence by the Spanish Government​​. She has coordinated national and local competitively funded research projects on Communication, Civil Society and Social Change (explored from a “cultural efficacy” perspective).