There has been much take of the 'audacity of hope' in recent times, following a long period in which utopian dreams seemed to have turned to apathy, nightmares or disaffection in the twenty-first century. Is hope now revived because it is necessary to any form of progressive or creative politics? And if so, is hope necessarily future-oriented - and must it therefore be endlessly deferred? Or is there hope that can be experienced here and now if only we pay proper attention, and if so, can it re-vitalise and re-energise political aims and values?

You can also look at the images referred to in the talks:

Presentation by Ruth Levitas - The Politics of Hope [politics_of_hope] 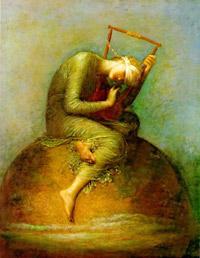 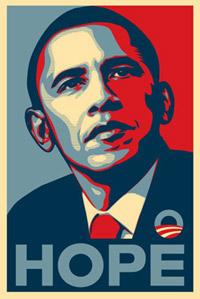 "Talkaoke" is a participatory form of democracy that uses new media, a 'global/local talk show' which involves live participants in a particular location and which is at the same time broadcast live on the internet so that anyone in the world can participate. Se14 6af was organised by Deptford TV and The People Speak (the_people_speak_toolkit) to imagine the future of New Cross, and particularly the New Cross Road, with the participation of official representatives of the College, the Students Union, and businesses on the New Cross Road, as well as students and local residents. See Events Calendar for more details.

This event was co- sponsored by the Centre for Urban and Community Research, and the Centre for the study of Global Media and Democracy. See the blog post about the event.

Who Do We Think We Are? Race, Religion, culture and the invented National Identity 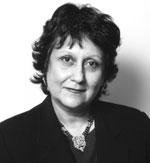 Yasmin Alibhai-Brown is an award-winning author, journalist and cultural commentator. She is the author of many books including No Place Like Home, Who Do We Think We Are?, After Multiculturalism, Mixed Feelings and most recently a collection of her journalistic writings Some of My Best Friends Are (Politicos 2004). She is a Senior Fellow at the Foreign Policy Centre and was Research Fellow at the Institute for Publlic Policy Research (1996-2001). She is a regular columnist for The Independent and London’s Evening Standard and has written for many other newspapers and broadcast on television and radio. Her one-woman show was commissioned and directed by the Royal Shakespeare Company as part of their New Work Festival in 2005/6 and it has since had two London runs and performances elsewhere. She holds an MPhil in Literature from Oxford University and an honorary degree from the Open University. She is currently Honorary Visiting Professor in Journalism at Cardiff University and Visiting Professor in Journalism, University of Lincoln.

Globalization raises difficult questions for democracy and for the role of the media in fostering or restricting citizen participation. Nancy Fraser will be discussing her recent work on the media and the possibilities of establishing a transnational public sphere with an invited audience of people with research and teaching interests that are closely related to this topic. If you have not been invited and you would like to attend, please contact Nick Couldry or Kate Nash.

This event is co-organised with the Global Justice Unit.

Professor Doug Kellner is one of the world's leading commentators on media and democracy, and on the growth of media spectacle. He is the author of many books including Television and the Crisis of Democracy (1990), Media Culture (1995) and Media Spectacle (2003). In this public lecture, he speaks on the theme of his latest book, Guys and Guns Amok: Domestic Terrorism and School Shootings from the Oklahoma City Bombings to the Virginia Tech Massacre.

The reception was kindly supported by Paradigm Books, USA. 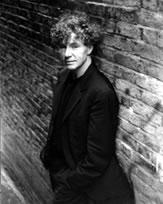 Open Seminar: Professor John Keane, Professor of Politics at the University of Westminster and at the Wissenschaftszentrum Berlin (WZB), Chaired by Natalie Fenton, Goldsmiths
13 February 2008

In 1945, only a dozen democracies remained on the face of the earth. The great democratic renaissance that subsequently took place is arguably not understandable in aggregate numerical terms, or in terms of 'end of history' or 'third wave' perspectives. Something more fundamental is happening: representative democracy is morphing into a radically different type of democracy than some of our grandparents may have been lucky to know. For compelling reasons that will become apparent in this talk, the emerging new historical form of democracy can be christened with a strange-sounding name: 'monitory democracy'.

In this informal seminar, Jessica Clark will present on the work currently under way at the American University’s Center for Social Media (www.centerforsocialmedia.org) that aims to map the forms of public media in the USA and beyond.

Jessica Clark is also Editor-at-Large of In TheseTimes magazine and 2006 winner of the Utne Independent Press Awards for Best Political Reporting.