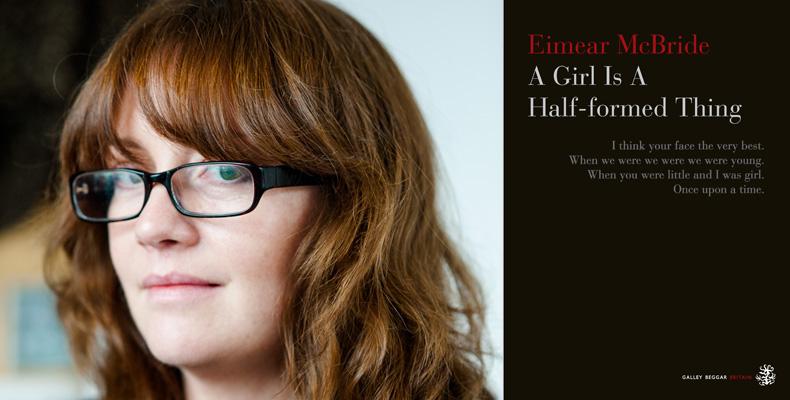 Nearly a decade after being rejected by publishers for being too experimental, A Girl is a Half-formed Thing by Eimear McBride has won the Goldsmiths Prize for boldly original fiction.

McBride was presented with the £10,000 literary prize for her novel which tells the story of a young woman's relationship with her brother, and the long shadow cast by his childhood brain tumour.

The prize was created by Goldsmiths, University of London in association with the New Statesman to recognise published fiction that opens up new possibilities for the novel form.

McBride spent nine years trying to get the novel published before Galley Beggar Press finally published it earlier this year. At a recent reading held at Goldsmiths, McBride described how she wrote the book quickly - in just six months - and then didn't look at it again until January of this year, sending it back out to publishers without further revision.

The entries were judged by an expert panel consisting of British novelists Nicola Barker and Gabriel Josipovici, former Culture Editor of the New Statesman Jonathan Derbyshire, and Dr Tim Parnell, Chair of Judges and Head of the Department of English and Comparative Literature at Goldsmiths.

Dr Parnell said: "Boldly original and utterly compelling, Eimear McBride's A Girl is a Half-formed Thing is just the kind of book the Goldsmiths Prize was created to celebrate, and we are delighted to have found such a remarkable novel in the award's inaugural year. Serious discussion of the art of fiction is too often confined to the pages of learned journals and we hope that going forward the Prize and the events surrounding it will stimulate a much wider debate about the novel."

The Goldsmiths Prize was created in conjunction with the Goldsmiths Writers' Centre, headed up by acclaimed author Professor Blake Morrison, which hosts events aimed at encouraging new writing and stimulating debate about literature.

The novels shortlisted for the Goldsmiths Prize in 2013 were: