Professor Dejan Djokić's research spans across, and brings together, three main strands: the Yugoslav war; global and cultural history of the Cold War; &history of Southeastern Europe since the Middle Ages.

Dejan is a recipient of some of the most prestigious grants and fellowships. His main current project, a pioneering study of the last generation of Yugoslav army conscripts (1990/91), is funded by the British Academy and The Leverhulme Trust. In 2015/16 he was an Alexander von Humboldt fellow.

Prior to joining Goldsmiths in 2007, Dejan held lectureships at Birkbeck and Nottingham (a permanent post) and research fellowships at Columbia University, New York and Woodrow Wilson Center, Washington, DC. He was a visiting professor at School of International & Public Affairs, Columbia University (2010) and a research fellow in History & Civilisation Dept, EUI, Florence (2014). Since Oct 2020 he has been a guest professor in South-East European History, Humboldt University of Berlin.

Prof Djokić's principal current project is a British Academy/Leverhulme-funded pioneering ‘collective autobiography’ of the last generation of the Yugoslav Army conscripts. ‘Tito’s Last Soldiers’ traces transition from peace to war in Yugoslavia in 1990/91 from an original angle, combining autoethnography, oral testimonies & micro history. Key outputs will include a monograph, Dejan’s fifth, and a theatre play, his first.

Dejan’s fourth monograph -a thematic exploration of Yugoslavia through socio-political concepts as categories of historical analysis- is written jointly with D Jović and will be published by Oxford University Press (New York).

Djokić is the author of A Concise History of Serbia (forthcoming with Cambridge, 2022), the most complete single-volume history of Serbia in any language. It's a 'national history' which interrogates national framework; and it explores Serbia's/Southeast Europe's past from the early Middle Ages to the present day through key developments (migration, empire, revolution, state/nation building, war), while giving voice to participants. The original research for the book was funded by an Alexander von Humboldt fellowship, which Dejan held in 2015-16 at Humboldt University of Berlin.

His next book will build on a recent chapter ‘Reframing Nonalignment: Tito, Sukarno and the 1961 Belgrade Conference’ (forthcoming in N Shimazu & M Phillips (eds), Reading Diplomatic Images). This study utilises diplomatic image as a historical source and the ‘diplomacy as theatre’ concept (Shimazu) to revisit the origins of Nonalignment, a movement of mainly African and Asian post-colonial states and Yugoslavia, and challenge the 'East-West' Cold War binary.

Djokic, Dejan. 2011. National Mobilisation in the 1930s: The Emergence of the "Serb Question" in the Kingdom of Yugoslavia. In: Dejan Djokic and J Ker-Lindsay, eds. New Perspectives on Yugoslavia: Key Issues and Controversies. London and New York: Routledge, pp. 62-81. ISBN 9780415499200 (hbk)

Dragovic-Soso, Jasna and Gordy, Eric. 2010. Coming to Terms with the Past: Transitional justice and Reconciliation in the post-Yugoslav lands. In: Dejan Djokic and J Ker-Lindsay, eds. New Perspectives on Yugoslavia: Key Issues and Controversies. Routledge, pp. 193-212. ISBN 978-0-415-49920-0

In 2016/17 Dejan initiated and facilitated the donation of c.600 books, including some rare items, on the Balkans from Professor Stevan K. Pavlowitch's private library to the Goldsmiths Library special collections.

Centre for the Study of the Balkans, Founding Director

2021: BBC History Extra podcast: 'Yugoslavia: the beginning of the end'
In conversation with Rob Attar, Dejan Djokic explores, as a historian and a participant, the 1991 war that saw Slovenia secure independence and helped set in motion the bloody collapse of Yugoslavia.

2019: BBC Radio 4, ‘The History of the Treaty of Versailles – in Five Future Wars: Yugoslavia’
I feature as one of two historians (alongside Margaret MacMillan) in this programme produced by Bridget Kendall

2016: Arte TV (France, Germany), 'Yugoslavia, the other side of the looking glass', 2-part documentary
I feature as one of several leading experts on Yugoslav history and politics in this Arte TV production which has been repeatedly broadcast on French and German TV

2015: BBC Radio 3, 'Music in the Great War: Gavrilo Princip's Footprint'
Discussion with Maria Margaronis about the ideology of the Young Bosnians and the legacy of the 1914 Sarajevo assassination

2015: 'Serbischer Sonderweg in der Flüchtlingskrise', Neue Zürcher Zeitung
Op-ed on the 'Migrant crisis' and the Balkan route published in the Swiss newspaper of record, in Jan Plamper's German translation

2014: 'Among Serbian historians, the view that Germany is to blame for the war seems to be dominant'
BBC History Magazine, August 2014

2021: 'Tito's Last Soldiers: Towards a Collective (Auto-)Biography of the 1991 War in Slovenia'
Paper at the South-East Europe colloquium, Humboldt University of Berlin

2020: 'Interwar Politics and the Destruction of Yugoslavia'
Paper prepared for 'Jasenovac Past and Present: History and Memory of Institutional Destruction' conference, Uppsala University, Sweden. Event postponed due to the Covid-19 pandemic.

2019: ‘From Corfu to Paris, via Belgrade, Zagreb and Ljubljana: How Yugoslavia emerged, 1917-21’
Invited lecture, University of Kobe (Japan)

2019: ‘"This three-named people of ours, one and united": Revisiting the Yugoslav kingdom a hundred years later'
Invited lecture, Tokyo Josai International University

2018: ‘Brotherhood post-unity? Tito’s last soldiers and the dissolution of Yugoslavia’
Paper at the 'Global Yugoslavia' conference, co-sponsored by Past & Present journal and Goldsmiths

2017: 'Which way to the past? On problematics of constructing a history of Serbia'
Public lecture, Humboldt University of Berlin

2016: 'Could 1916 be seen as a turning point in the emergence of the Yugoslav state?'
Paper at 'Reforms in a time of War: On the centenary of 1916' conference, European University, St Petersburg

2015: 'Mitrinović, Young Bosnia and Yugoslav Agitation in the Era of the Great War'
Keynote lecture at 'The Eleventh Hour: Dimitrije Mitrinović and his Network' conference, University of Bradford

2015: 'On continuities between two Yugoslavias'
Talk at 'What does the name Yugoslavia mean today? Anti-Fascism, Self-Management and Non-Alignment' conference, Birkbeck, University of London

2014: 'Nations and parliaments in the Yugoslav lands, 1848-1948'
Paper at 'Parliaments and Minorities: Ethnicities, Nations and Religions in Europe, 1848-1948' conference, The British Academy

2014: 'How to Write a History of Serbia Today. Methodological and other (post-Yugoslav) Challenges'
Talk at Department of History and Civilization colloquium, European University Institute, Florence

2011: 'The Long Road through Balkan History'
Talk following the screening of a documentary film of the same title, London School of Economics

2011: 'Serbia: The History behind the Name'
Talk at a public discussion about Stevan K. Pavlowitch's book of the same title, Embassy of Serbia, London

2011: 'Milovan Djilas and the British Left'
Talk at a public event to mark the centenary of Djilas' birth, Dom omladine, Belgrade

2011: ‘Mapping the Nation in New Europe: The Kingdom of Serbs, Croats and Slovenes at the Paris Peace Conference, 1919-1920’
Talk to mark the publication of my second monograph. Discussant Prof Alan Sharp (Ulster)

2010: 'Citizens under surveillance: Hungary and Eastern Europe in the era of state socialism'
Talk and Q&A with audience following the screening of 'Spy in a One Horse Town' (dir. Gabor Zsigmond Papp, Hungary, 2009), London International Documentary Festival, Cine Lumiere, London

2008: Fellow of the Royal Historical Society

Service to university, discipline and society 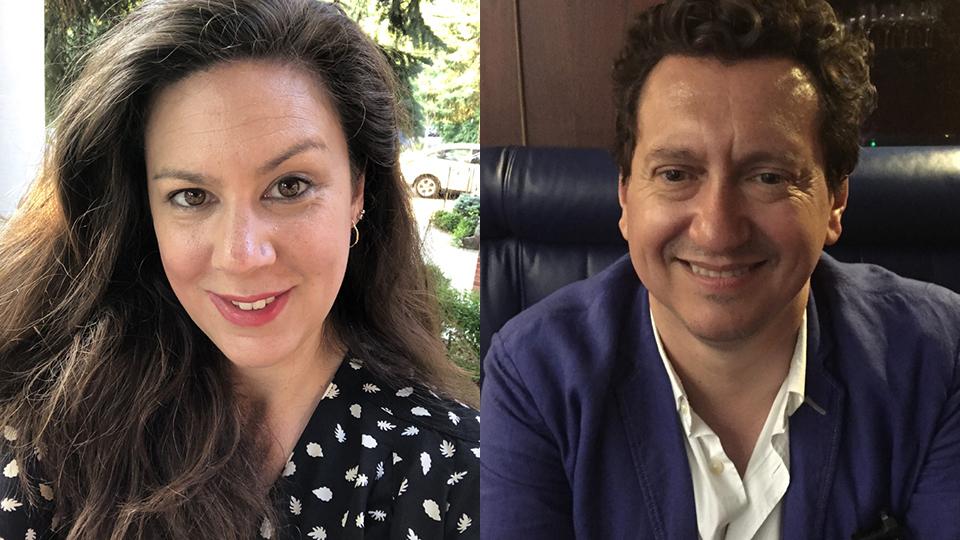