Richard Grayson’s current interests are Ireland and the global First World War and the Irish revolution, and memory of both. He co-edits the British Journal for Military History and has published across 20th century history. His most recent book covered the First World War from Gallipoli to Salonika, and the Middle East to the Western Front. His public policy work includes US local government and the co-authored research which led to the ‘pupil premium’.

Born and brought up in Hemel Hempstead, where he lives, he is a dual British and Irish citizen. Now in his third spell as Head of Department at Goldsmiths, he also has extensive leadership/management experience from a career outside academia working in politics at a national level. He leads on research impact and public engagement with a wide range of public and community bodies, and contributed impact case studies to the REF in both 2014 and 2021, with Goldsmiths History coming 15th nationally in the latter.

Richard Grayson’s current research is on Ireland's First World War and the Irish revolution, along with contemporary British/Irish remembrance. His book 'Belfast Boys: How Unionists and Nationalists Fought and Died together in the First World War' (2009) developed a 'military history from the street' methodology to analyse stories of West Belfast men who fought, the experiences of those who returned, the work of women and children on the home front, and the controversies which have surrounded remembrance of the war in Belfast. 'Dublin’s Great Wars: The First World War, the Easter Rising and the Irish Revolution' (2018, paperback in 2020), included men who served in the IRA after service in the British army. He is now writing the County Cork volume of the Four Courts Press county histories of the Irish Revolution. His key memory work (co-edited with Fearghal McGarry) is 'Remembering 1916: The Easter Rising, the Somme and the Politics of Memory in Ireland' (2016).

He authored impact case studies for REF 2014 and 2021. His public engagement and impact work includes projects with schools, the Imperial War Museums and UK National Archives, plus community groups in Northern Ireland, including the 6th Connaught Rangers Research Project, and he was an associate member of the First World War Centenary Committee in Northern Ireland.

Earlier in his career, he wrote two monographs on inter-war British foreign policy, and has published on subjects from the history of the Channel Tunnel and youth culture in the 1960s, to the history of British liberalism. He has also carried out research in public policy, partly during a career outside academia as Liberal Democrat Director of Policy (1999-2004) and Director of the Centre for Reform (1998-9). These include a comparative study of European secondary education (co-authored with Nick Clegg) which led to the ‘pupil premium’ policy; and analysis of public policy in Newark, New Jersey during Cory Booker’s tenure as Mayor.

Grayson, Richard S.. 2012. Veterans as Victims: The Experiences and Rediscovery of Irish Nationalists in the British Military in 1914-1918. In: Lesley Lelourec and Grainne O'Keeffe-Vigneron, eds. Ireland and Victims: Confronting the Past, Forging the Future. Oxford: Peter Lang, pp. 43-57. ISBN 9783034307925

Grayson, Richard S.. 2016. A Life in the Trenches? The Use of Operation War Diary and Crowdsourcing Methods to Provide an Understanding of the British Army’s Day-to-Day Life on the Western Front. British Journal for Military History, 2(2), pp. 160-185. ISSN 2057-0422

Grayson, Richard S.. 2020. WW2 has become a rallying point for leavers. It need not have been so.

2016: British Politics: A Beginner’s Guide
A text book / introductory guide, analysing Britain's changing political landscape, and exploring the role of the media, the European Union and the UK's ‘special relationship' with the US.

2009: Belfast Boys: How Unionists and Nationalists Fought and Died Together in the First World War
A new story of men from either side of West Belfast's sectarian divide during the Great War, which challenges popular perceptions of the war and explains why remembrance is so controversial today.

2001: Liberals, International Relations and Appeasement: The Liberal Party, 1919-39,
This book examines the importance of the 'low' politics of areas that have traditionally been dominated by "high" politics, including the Liberal Summer School and the Women's Liberal Federation.

A wide range of work with community groups in Northern Ireland, including: being an Associate Member of the First World War Centenary Committee in Northern Ireland (a sub-committee of the wider UK government committee on the centenary); working, since 2007, with the 6th Connaught Rangers Research Project; collaboration with Shankill Area Social History; providing materials for use by the Community Relations Council; advising the East Belfast and the Great War project; and advising on a mural series in the Greater Village area of Belfast.

Ongoing work with schools, including, since 2008 Hemel at War and since 2014 Streatham at War, along with taking part in [The Great War Debate[(https://www.hopscotchconsulting.co.uk/our-thinking/posts/2018/march/unlocking-history-with-the-great-war-debate/) for A Level students, and being a member (in 2013-18) of the Institute of Education’s advisory group for the school battlefield visits run for the Department for Education and Skills.

Chairing the Academic Advisory Group for the Imperial War Museums' digital centenary projects, including Lives of the First World War and Operation War Diary, as discussed in a case study by the National Archives and Universities UK

Currently co-editor of the British Journal for Military History and IrelandWW1, and a former co-editor of Irish Political Studies (2010-12).

2021: Year '21: Episode 29, The Truce and the Twelfth
A discussion of the role of the Orange Order in Unionist politics.

2021: Year '21: Episode 28, The Bloodiest Day in Belfast
A discussion of the 5th anniversary commemorations of the first day of the Battle of the Somme, and the place of Somme commemoration in Unionist identity.

2021: Discussion with Chris Bryant MP on the anti-appeasers of the 1930s known as the 'Glamour Boys'.
A discussion of Bryant's book 'The Glamour Boys: The Secret Story of the Rebels who Fought for Britain to Defeat Hitler', hosted by NOTCHES the collaborative international history blog on sexuality.

2021: Year '21: Episode 12, The Beautiful Game
A discussion of the split in Irish football at the time of partition

2021: Year '21: Episode 3, The Backstop
A discussion of Unionist perspectives as part of the BBC series on the centenary of Northern Ireland.

2019: UVF members from East and West Belfast, 1913-18
An interview with NVTV on a digital mapping project.

2016: Easter Rising: Voice of a Rebel
A virtual reality history experience made for the Occulus Rift, with Richard Grayson as historical consultant.

2015: Ireland’s Great War
BBC 1 Northern Ireland’s two-part series on how the island took part in and was affected by the war.

2018: Irish Identities in the British Army during the First World War
Keynote lecture at Manpower and the Armies of the British Empire in the Two World Wars, Royal Military College of Canada.

2014: Is the story of the 16th (Irish) and 36th (Ulster) divisions fighting ‘side-by-side’ at Messines a myth, and if so does that matter?
Paper at 'Perspectives on the First World War' conference, Queen Mary University of London.

2011: The Politics and Commerce of Facts, Stories and Story Tellers: Challenges for History in the UK Today
Keynote lecture at the conference of the History Teacher Education Network.

2011: Ireland and the Great War: Memory, History and Politics
Paper at Canadian Association of Irish Studies conference at University of Western Ontario.

2011: From Genealogy to Reconciliation: Public Engagement with the Reinterpretation of the First World War in Ireland
Paper at Nordic Irish Studies Association conference, Dalarna University, Sweden.

2010: Governing without a majority. What consequences in Westminster systems?
Paper given at workshop at the University of Montreal.

2010: Veterans as Victims: the Experiences and Rediscovery of Irish Nationalists in the British Military in 1914-1918
Paper at 'Ireland and Victims' conference, University of Rennes 2.

2008: The Place of the First World War in Unionist/Loyalist and Republican/Nationalist Narratives: A Case Study of West Belfast
Paper at Political Studies Association of Ireland Annual Conference, National University of Ireland, Galway

Richard Grayson is currently willing to supervise research on the First World War and the Irish revolution. Students he has supervised have successfully completed PhD theses on:

He is currently the supervisor for the following postgraduate MPhil/PhD students:

• Andrew Whittaker, 'The effect of military participation in the First World War on British public day school alumni: a study of Colfe's School' (lead supervisor)
• Des Felix, 'The impact of sport on Black British identities in the West Indian diaspora between 1945 and 1993: a critical approach' (secondary supervisor)
• Sarah Slaughter, 'Finding Minds: exploring the impact of displacement of vulnerable people during national crisis through the study of civilian asylum patients, 1915-19' (lead supervisor) 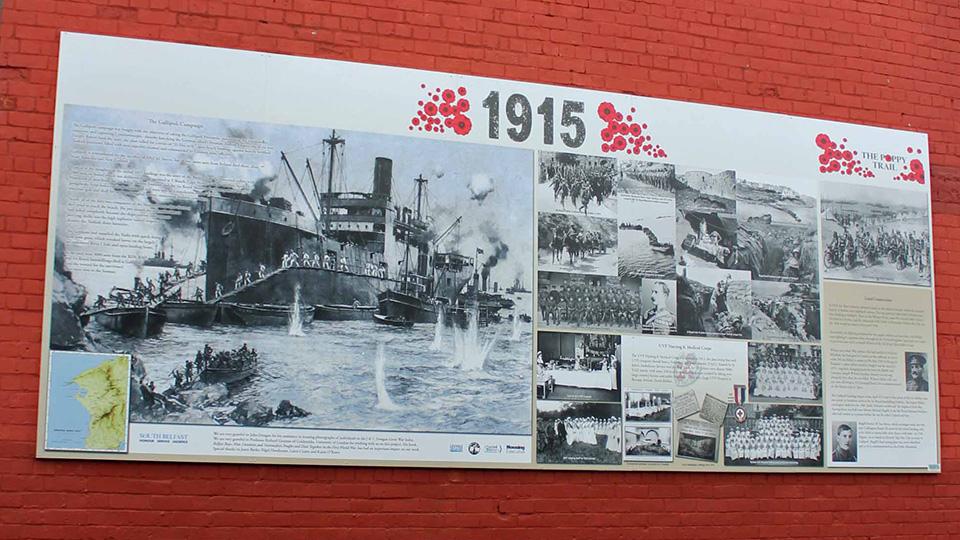 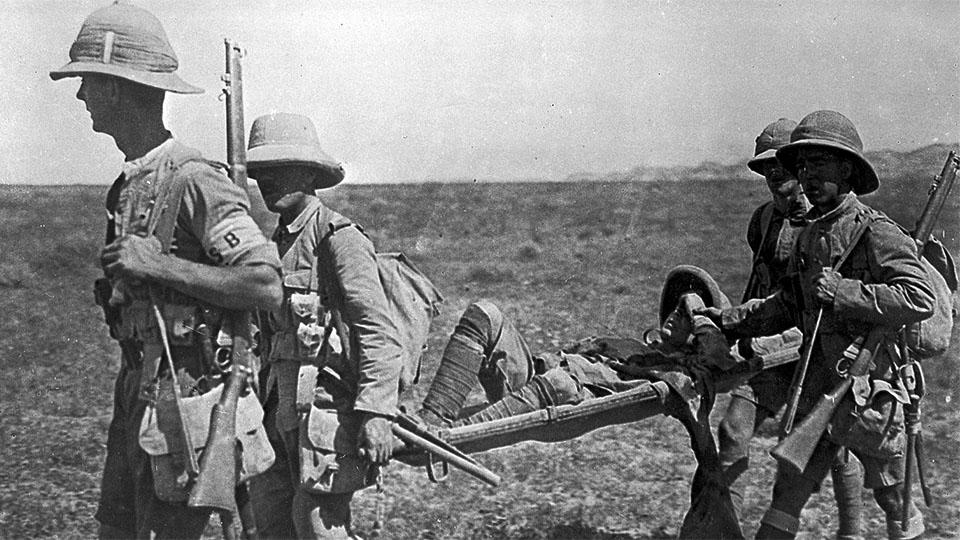 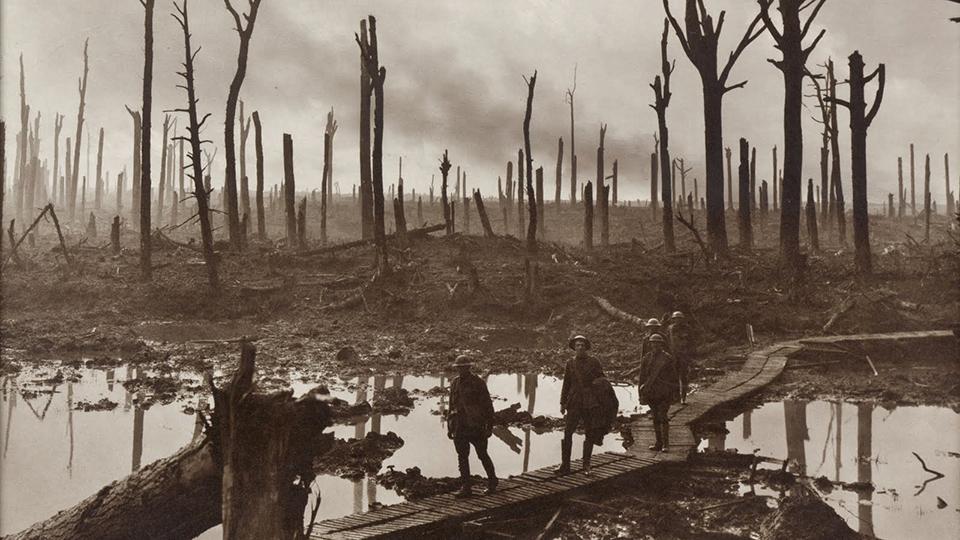 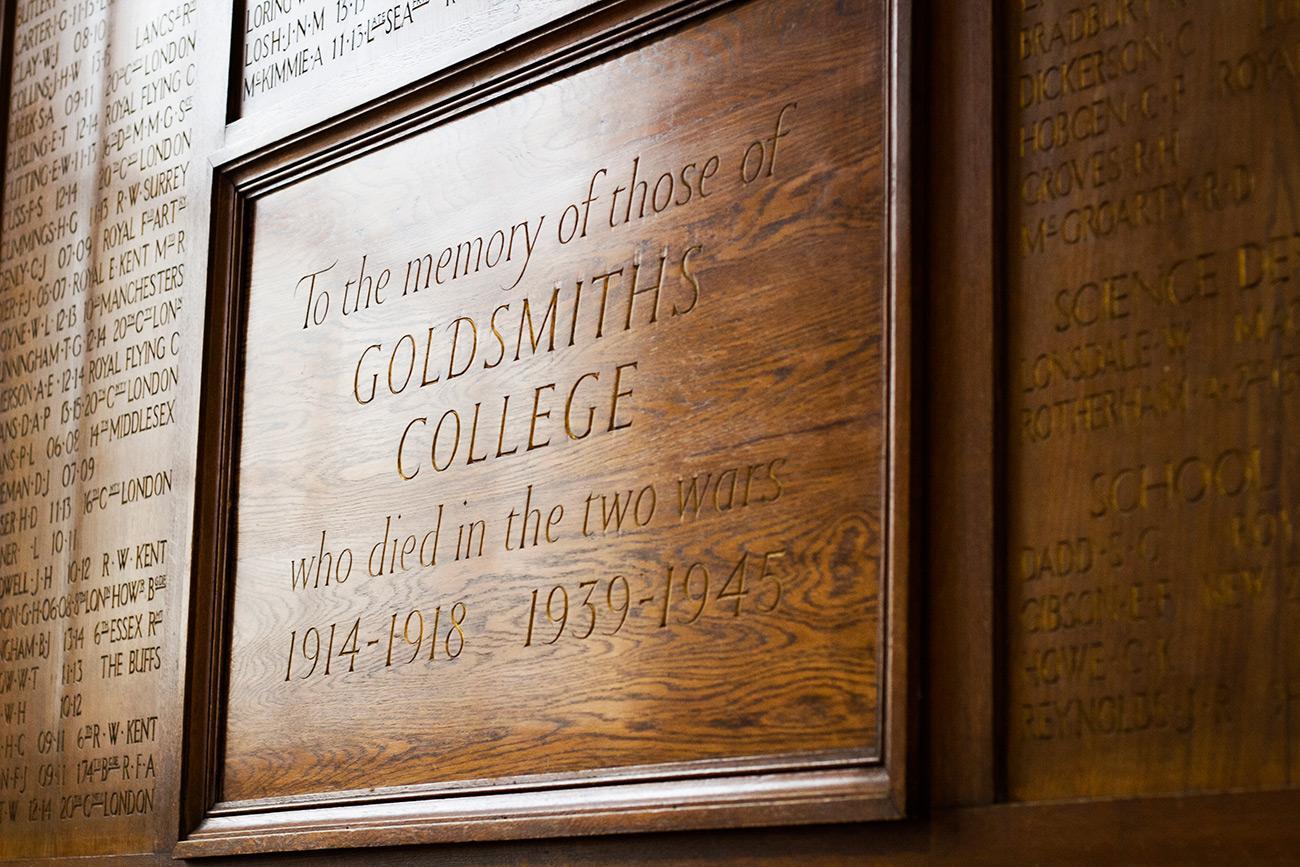