We are now offering many of our courses online (over Zoom or similar platforms). No prior experience with these platforms is required. Continue learning with us by taking courses remotely via live distance learning.

Is spectator sport ‘just a game’? Or is it one of the principal mass communications channels for reinforcing structures of power and control, and making them appear ‘normal’? What are the hidden messages being sent out by the organisers of any public sporting event? And how are these experienced or contested on the ground?

What codes and techniques can we use to empower us, as players, commentators, or spectators, to see these hidden messages for what they are – and interrogate or challenge them if and as we wish? This short course is for anyone who enjoys sport, and who seeks to better understand the hidden power structures being promoted under the cover of what is nearly always presented as “just a game”. You will draw on your personal sporting experience as you are introduced to a range of critical analysis tools and conceptual frameworks, and use these to critically engage with your own reflexive experiences of sport. You will also gain new insights from ground-breaking ethnographic material from a range of cultures where sport is ‘played’ and ‘watched’ in many ways.

Why take the Anthropology of Sport course at Goldsmiths?

Who is this course for?

This course is designed to bring together students interested in the field of sport from a wide range of backgrounds, including those involved in:

Dr Leila Zaki Chakravarti is a Visiting Research Fellow in Anthropology at Goldsmiths. She did her initial training as an anthropologist and ethnographer at the American University in Cairo, and subsequently obtained her PhD at SOAS. She is currently a Fellow of the Royal Anthropological Institute.

Her initial research interests into issues of gender, class, and religion within the world of work led to the publication of her monograph “Made in Egypt: Gendered Identity and Aspiration on the Globalised Shop Floor” (Berghahn Books), in 2016. The work was selected as one of three 2017 finalists in the BBC’s annual “Thinking Allowed” Ethnography Award competition, and will shortly be re-issued in paperback.

Her interest in sport and football sprang from her personal involvement in post-Arab Spring Egypt and the controversial youth activism of the football “Ultras” in challenging the regime and the military (2011-2013). These research interests have widened to cover ways in which social, economic, and political developments in pre and post-Arab Spring Egypt impinge on the daily lives of ordinary people. Responding to the challenge of doing academic ethnography in times of turmoil developing a new methodological approach of researching and writing up ‘ethnographic snapshots’ which, while grounded in rigorous academic discipline, are consciously written to provide a wider general readership with accessible accounts of, and insights into, the micro-level realities. Her sequence of ethnographic snapshots is published on an open-access basis on Opendemocracy.net

This introduction will provide an outline of the course and identify its main aims and objectives. We will focus on football – the most popular spectator sport of modern times – to obtain an overview of the different ways in which (a) the anthropology and (b) the sociology of sport have engaged with football, and what this reveals not only about ‘the beautiful game’, but also the sudden surge of interest in sport in academic work. Students will be expected to keep a journal throughout the duration of ten weeks to note down and keep track of their observations and day-to-day experiences of a sport of their choice and their personal involvement. To facilitate this task, the session will cover a selection of different writing genres as options to help the student gain more confidence in developing their thoughts about sport.

This session explores the images of collective identity promoted in the ‘theatre of dreams’. In the secular world, communities struggle to sustain more modern forms of social cohesion, and develop alternative rituals, to nourish organic solidarity in the face of growing individualism. Durkheim’s model of religious ‘rituals’ that prescribe ‘rules of conduct’ in relation to ‘sacred objects’ in order promote ‘clan worship’ find resonance within sport, and more expansively, in the sociological analyses of spectator cultures, showing how the rule-governed, goal-oriented structures within the territorially defined collectivism of football can be seen to share and perform similar functions to religious ceremonies in clan societies. Bromberger’s qualified engagement with Durkheim’s ideas to develop concepts of ‘neo-tribalism’ offers a fresh reading of the rituals of sport and physical culture.

Week 3: Retaining possession – the production and consumption of the masculine ideal

It is a common complaint about the modernisation of sport that the ‘beautiful game’ is losing its ‘enchantment’, that its athletes are ‘over-coached’, its teams ‘lack heart’, and its new stadiums are ‘soulless’. Likewise, modern Olympic Games are criticised for pivoting on the national (as opposed to the personal) identity of athletes, with their opening and closing ceremonies reduced to orchestrations of mass regimentation before a global audience. In week three we focus on Weber’s concept of verstehen (empathy) to explore how interpretive sociology can shed light on such criticisms of the modernisation of sport, which often romanticise a ‘vanished past’, by showing how  the physical landscape of football matches as rituals bring out ‘communitas’ (a communion of minds) and sets in motion modern routines of production and consumption of a masculine identity in the communitas formed around football.

Sport forms the popular cultural terrain upon which particular national, ethnic and individual identities are exploited. This week we will draw on Marx’s conflict-based analyses to explore how mass spectator sports reproduce the signature iniquities of industrial capitalism e.g. levels of exploitation of workers/athletes, or levels of manipulation of consumers/spectators – and how the complexity of power relations are illustrated in the ways in which, with the fragmenting reality of economic and cultural globalisation, exploited nations’ best players become migrants plying their skills on wealthier continents.

Week 5:  Kicking off and Steaming in – hegemony and resistance:

Building on the previous week’s exploration of conflict-based frameworks, we will explore how Gramsci’s sociological study of hegemonic power structures – in which dominant groups secure their control through ideological consent, rather than coercion - can help us understand sport as a site for the subordination of particular social groups (e.g. working classes, ethnic minorities, young women). We will also draw on ethnographic data from different cultural spaces (e.g. Brazil’s racial stratifications originating in the country’s former status as a slave-owning colony) showing us the ways in which oppressed groups can discover, develop and then exercise their agency in contesting and resisting hegemonic power which seeks to characterise its oppressive social order as ‘natural’, and underpinned by racist and sexist mythologies.

Week 6: There Ain’t No Black in the Union Jack – Race and Gender in sport

This week we explore the relationships between sport, race and gendered identity in the everyday life of communities in Britain. We depart from football played in formal spectator settings, to focus instead on grassroots football, and the role of the amateur game in local and informal settings, in order to highlight the forms of politics which grassroots sport represents in the lives of its communities. Does it reflect a politics of solidarity, empowerment and resistance - or is it a model that aspires for inclusion, multiculturalism and conviviality? Our ethnographic case-study, exploring the experience of BAME sportsmen within local level sport, and on the history of local and recreational football clubs within the East Midlands, allows us to see the game as a form of vernacular that binds a community of players, but is also a part of the transformative cultural politics that speaks to the wider issues and concerns of the communities involved.

Week 7: The body beautiful – and the body disciplined

What does it mean to be told and trained to be a ‘disciplined’ athlete – or a ‘disciplined’ official, or even ‘disciplined’ spectator? In this session focus on ways in which different spectator sports’ governing bodies, and also governments, cultivate around sports a ‘science’ that enables physicians and educationalists to objectify and control the bodies of athletes. We examine the processes of objectification and consumption by looking at ‘technologies of the self’ that are adapted to perfect the athlete’s physical attributes and aptitudes. Sport as spectacle then becomes intertwined with a sense of voyeurism, as spectators of the sport we are witnesses to the ‘hidden’ events. We will illustrate these developments by drawing on the burgeoning genre of confessional sport’, produced by both fans and athletes, which feeds this form of tutored voyeurism amongst and by sports performers and audiences.

This session develops on the previous week, by exploring the connections between sport pedagogy and science which lead professional athletes to ignore the risk-signs of pain that signify physical breakdown. We will see how Beck’s theory of ‘risk-society’ informs the debate of body risks in sport e.g. how ‘breaking the pain barrier’ has long been presented as ‘manly’ or the mark of ‘a true competitor’; or how ‘hurting’ – either for oneself, or by inflicting pain on others - during play confers social and professional distinction.

This session examines the kinds of cultural expectations and norms found within professional football clubs, by adopting Bourdieu’s model of sport based on the different ‘game positions’ taken up by the social agents involved, whether these are athletes, coaches, media workers, sponsors or officials. These stakeholders have differing, often mutually competitive, interests, and each seeks to increase their own ‘capital’ while at the same time ensuring the continuing popular success of their sport. These negotiated power relations and processes are particularly pronounced in the ‘sites of struggle’ of clubs moving from ‘amateur’ to ‘professional’.

Week 10: Compare and contrast - what have we learned so far?

In our final session, we ask - what are the conceptual continuities between the sociologists and anthropologists whose work on sport we have reviewed? And what are the areas of discontinuity and disagreement between them? In bringing the course to its conclusion, we will summarise the different perspectives, explanatory frameworks, and ethnographic accounts we have encountered – and end by reminding ourselves how maintaining an open and broad-minded approach to critical enquiry and understanding helps us  strengthen our own position and agency, not only in sport but also in the wider world.

At the end of this course, participants will obtain:

Goldsmiths’ Department of Anthropology produces cutting-edge critical analyses of various aspects of social theory, using ethnography from around the world and engaging in different media and research techniques.  We’re pushing anthropology forward, and pioneering new fields in visual anthropology and the anthropology of modernity. 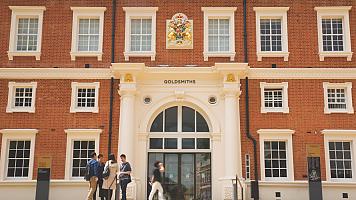 An anthropological, cross-cultural understanding of visual and material cultures is crucial to anyone that works in the creative industries, such as those in curatorial roles. Expl... 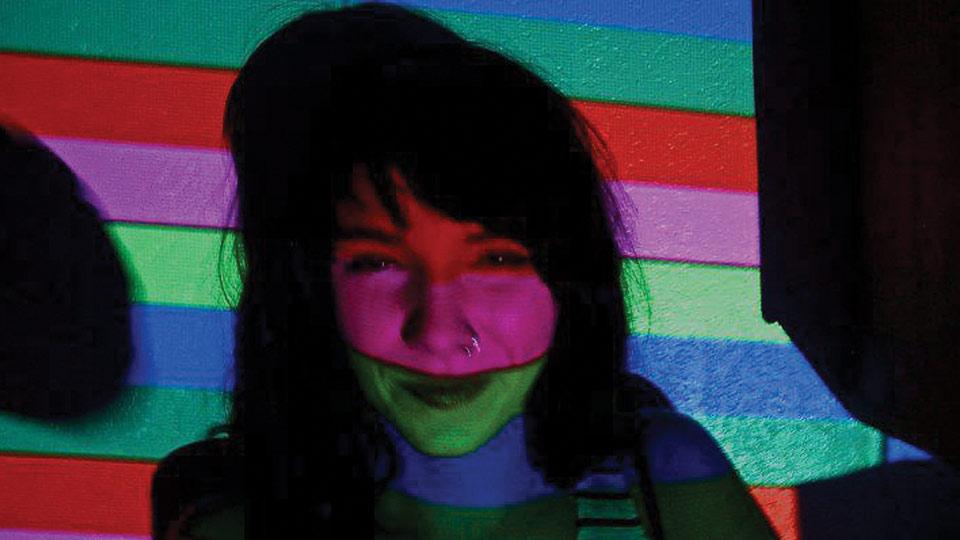 "I came to visit the campus before I looked around and immediately it was amazing. It had this friendly vibe, it was in the middle of London but it somehow felt quite like its own little place in a really lovely way that I haven’t experienced with any other kind of London university."
Find out more
Charlotte 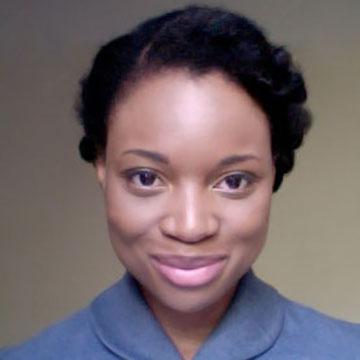