Discover the role of collectors, dealers, and exhibitions in the formation of modern European art in Paris, Vienna, London, Moscow, and Munich.

Art is the new religion for 21-century society, and buying art is like religious belief: it involves faith. Collectors buy art from the art dealers whose role is to persuade people to buy things they want but don’t need. In the mid-19th century, the art dealers, collectors, and exhibition curators became tastemakers and often influenced the course of art history more than the artists themselves.

On this course, we will discuss Daniel Kahnweiler, one of the main Picasso dealers, who assigned the titles to Picasso and Braque's paintings, as well as Paul Durand-Ruel, a major promoter of Impressionist art who sent Monet’s Haystacks to the 1896 Impressionists exhibition in Moscow – the painting then influenced Wassily Kandinsky's decision to become an artist and pursue abstract art. Had the German artists of Die Brücke not had the access to van Gogh’s work exhibited by art dealer Paul Cassirer at the start of the 20th century, Expressionism might never have been developed. And without the Russian collector Sergei Shchukin, Matisse would not have painted his most iconic work, Dance and Music.

In these lectures, we will discuss the following questions:

We are currently offering a number of free places on all AIR Courses to Ukrainian citizens. Please email us for details: air(@gold.ac.uk).

This course can be booked as a full programme of eight lectures, or as individual lectures. Please see the booking page for more information. Lectures take place every Thursday, from 21 April 2021 to 9 June 2021.

If you are a Goldsmiths student, staff or alumni, email us for current discounts.

Find out more about all of the AIR courses available to you.

For all enquiries, and to be regularly updated on upcoming AIR courses, please email: air (@gold.ac.uk). For anything urgent, or if emailing is not a good option for you, you can also call us via WhatsApp or phone on +44 (0)7908 566 949. 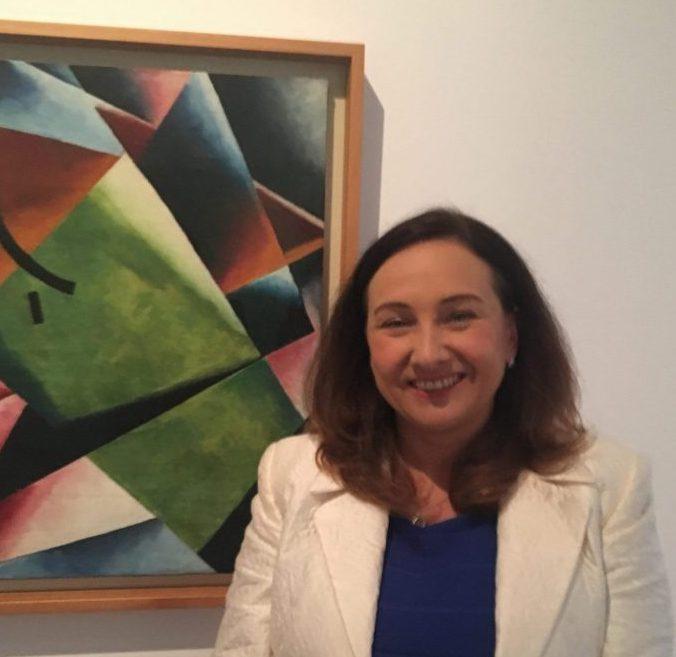 Dr Murray is one of the world’s leading specialists in the history of modern art. She is a visiting lecturer at the Courtauld Institute of Art, where she teaches on an MA-level module titled "Collecting and Curating the Modern: European Art. 1863-1930". She is also a Senior Curator. In 2017, she curated the major exhibition "Revolution: Russian Art. 1917-1932" at the Royal Academy of Arts in London, and is currently working on several exhibition projects in Moscow and in Paris.

Her books and articles extend across the wide field of 19 & 20–century Western-European and Russian art, and she has featured in films dedicated to the Hermitage museum and the Russian revolution, and in programmes for BBC Radio 4 and the BBC World Service. Natalia is also a trustee of the Russian Avant-Garde Research Project – a UK-based charity that shares one of her aspirations to reduce the number of fakes on the Russian art market.

Her most recent book - "Art for the Workers: Proletarian Art and Festive Decorations of Petrograd. 1917-1920" - was published by 'Brill' in May 2018. In autumn 2018 the Russian translation of her 2012 book "The Unsung Hero of the Russian Avant-Garde" will come out, and "The Life and Times of Nikolay Punin" will be published by ‘Slovo’ in Moscow. Her book on the first women-gallerists will be published by Unicorn in August 2021.

Lecture 1 (7 October) – Setting the Scene: the Role of Academies of Art and Art Dealers in the Display and Distribution of Modern Art

In this lecture, we will look at the dominating role of art academies in Europe in the distribution of art and the development of artistic tastes in society. We will address such important questions as the role of art dealers and exhibitions in the development of artistic tastes of society. We will also examine the first independent exhibitions in London and Paris, which transformed the agitation for exhibition reform into a fundamentally new understanding of the art exhibition as an ideological platform.

Despite the popularity of Impressionism today, the ground-breaking shifts that occurred in French painting at the end of the nineteenth century were not immediately embraced by collectors, dealers, or the public. A vital figure in the rise of Impressionism was Paul Durand-Ruel (1831-1922), a Parisian picture dealer who championed the new style of painting, worked to cultivate artistic taste, and developed novel commercial strategies to promote this innovative group of artists. This talk aims to retrace the critical years from the late 1860s to 1905 when the dealer worked to inspire and sustain the Impressionist artists and to sell their work throughout Europe and the United States.

Lecture 3 (21 October) – Picasso and the creation of a market for modern art: Sergei Shchukin, Paul Rosenberg and Henri-Daniel Kahnweiler

In this lecture, we will discuss the impact of art dealers, collectors, and exhibitions on the establishment of Picasso as one of the most important modern artists and the influence of Shchukin’s and Morozov’s collections of French impressionists and post-impressionists and exhibitions of French art on avant-garde artists in Russia. We will discuss the following questions: How private collections and exhibitions transformed the reception of Picasso? How far Picasso’s art dealers influenced the works that collectors bought, and therefore contemporary taste? And ultimately – how far has the history of art been determined by art dealers?

Lecture 4 (28 October) – Crisis, speculation, and snobbery: The First World War and its effects on art dealers, exhibitions and collectors

When the war broke out, Franz Jourdain, president of the Salon d’Automne, is supposed to have shouted, ‘At last, Cubism is done for!’ But Cubism suffered no more than other varieties of painting from the war. It soon became clear that in wartime anything could become an object of speculation. The confiscation and liquidation of the property of German nationals flooded the market with art and made it difficult to maintain high prices at a high level. At the same time, the most remarkable avant-garde exhibitions were organised in Russia. In this lecture, we will discuss the effect of WWI on artists and art market in France, Britain, Russia, Germany, and Austria.

The first lecture will explore the influence of French art on artists who lived and worked in Russia. At the beginning of the 20th century, artistic developments in Paris were crucial for the liberation of Russian art. Many Russian avant-garde artists, including Kazimir Malevich, had never traveled to Paris but readily absorbed the works by Cézanne, Monet, Gauguin, Matisse, and Picasso brought to Russia by merchants and collectors Ivan Morozov and Sergei Shchukin.

One of the finest collections of Impressionism anywhere in the world was assembled by the English industrialist and philanthropist Samuel Courtauld (1876-1947). During the 1920s, he acquired seminal works by all of the major Impressionists, at a time when Impressionism still struggled to gain acceptance among English public institutions. After a decade of collecting, Courtauld gave the majority of these remarkable works to establish The Courtauld Institute of Art and Gallery in London. This lecture will explore Courtauld’s collection and his role in promoting Impressionism in the United Kingdom.

Vienna 1900 – birth of modernism: Gustav Klimt, Egon Schiele, Oskar Kokoshka, Sigmund Freud. As this lecture examines the key characters, their reformist exhibition strategies, and above all their rallying cry for a ‘freedom of expression’, we will question what precisely such claims meant. That the answer is far from clear is itself a hallmark of the sheer experimental energy of a movement that was equally enamored with both the beautiful surface and the subversive depths of human instinct.

Lecture 8 (1 December) – Munich, centre of the German avant-garde: Kandinsky and the Blaue Reiter

Munich, in the first fourteen years of the twentieth century, was the location of an extraordinary collection of innovative artistic voices. Artists from Russia and across Europe who were living and working in Munich formed avant-garde groups (first the NKVM and then the Blaue Reiter group) which challenged the conservative artistic status quo and introduced radically new art. The groups were not defined by a particular style; rather, they constituted artists working in diverse styles and media who were united by a common philosophical approach: a desire to express an inner truth. This lecture examines the development of these avant-garde groups through the prism of their defining exhibitions.

You will learn about all areas covered in each lecture, including: 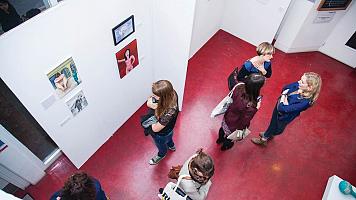 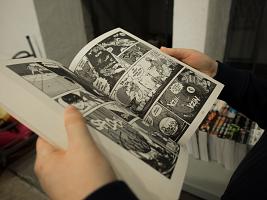 This course explores what makes a compelling comic and graphic novel, and will help you take the first steps towards making an original story of your own creation.