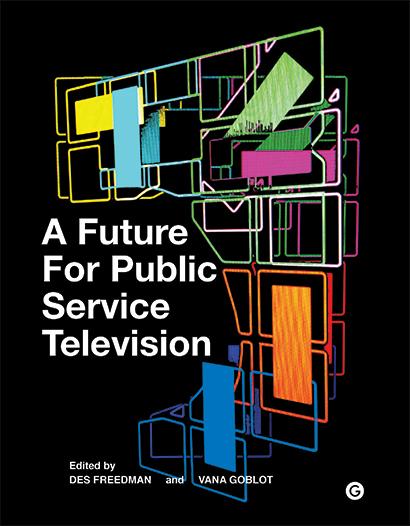 Television is on the verge of both decline and rebirth. Vast technological change has brought about financial uncertainty as well as new creative possibilities for producers, distributors and viewers. This volume examines not only the unexpected resilience of TV as cultural pastime and aesthetic practice but also the prospects for public service television in a digital, multichannel ecology.

The proliferation of platforms from Amazon and Netflix to YouTube and the vlogosphere means intense competition for audiences traditionally dominated by legacy broadcasters. Public service broadcasters – whether the BBC, the German ARD, or the Canadian Broadcasting Corporation – are particularly vulnerable to this volatility. Born in the more stable political and cultural conditions of the twentieth century, they face a range of pressures on their revenue, their remits and indeed their very futures. This book reflects on the issues raised in Lord Puttnam’s 2016 Public Service TV Inquiry Report, with contributions from leading broadcasters, academics and regulators. With resonance for students, professionals and consumers with a stake in British media, it serves both as historical record and as a look at the future of television in an on-demand age.

Des Freedman is Professor of Media and Communications at Goldsmiths, University of London. He is project lead for the Inquiry into the Future of Public Service Television.

Vana Goblot teaches media and communications at Goldsmiths, University of London and is a research associate on the Inquiry. Her PhD examined questions of quality, cultural value and archival processes in relation to BBC4.

This is an ideal text for those who wish to drill down into the diversity issues that beset our media.

Anyone who cares about democracy, and about the vital place of media in it, should read this fantastic book. It provides a vividly engaged and engaging account of the principles, practices and problems of public service television.

The public service project is more, not less, essential in the digital twenty-first century, and this collection begins to undertake the work necessary for a renewing and reimagining of its possibilities and resources.

If you want to know what is at stake for the future of television, this is the absolute go-to book. With chapters from an incredible lineup of commentators, it is highly engaging and challenging. It asks us to think in many different ways about what it means to be a public, to be a citizen, to live in an informed democracy. If we do not see television as a public good rather than a consumer choice, what are we left with?

Bev Skeggs , Director of the Atlantic Fellows programme at the London School of Economics and Political Science

Read this book to understand the value of public service television and why we should care about it. More than the usual pessimistic account of the 'challenges' facing its future, these illuminating voices around the Puttnam Inquiry dispense passionate pleas as well as concrete and brilliant ideas. Whilst it is clear that we are all still watching TV, the important question is whether the right people are truly listening to the debate. At a moment when public trust is faltering, this book matters now more than ever.

Helen Wood, Professor of Media and Communication, University of Leicester

Des Freedman is Professor of Media and Communications at Goldsmiths, University of London. He is project lead for the Inquiry into the Future of Public Service Television.

Vana Goblot teaches media and communications at Goldsmiths, University of London and is a research associate on the Inquiry. Her PhD examined questions of quality, cultural value and archival processes in relation to BBC4.