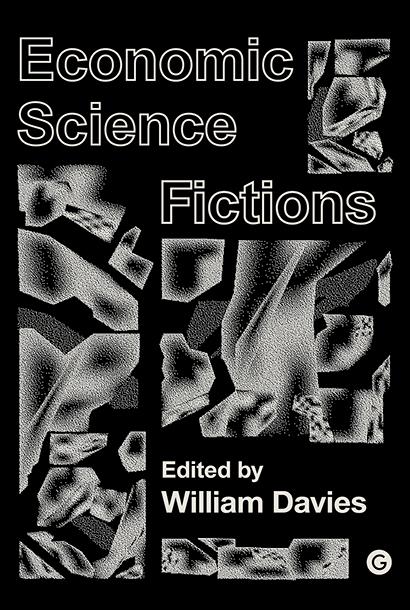 From the libertarian economics of Ayn Rand to Aldous Huxley’s consumerist dystopias, economics and science fiction have often orbited each other. In Economic Science Fictions, editor William Davies has deliberately merged the two worlds, asking how we might harness the power of the utopian imagination to revitalise economic thinking.

Rooted in the sense that our current economic reality is no longer credible or viable, this collection treats our economy as a series of fictions and science fiction as a means of anticipating different economic futures. It asks how science fiction can motivate new approaches to economics and provides surprising new syntheses, merging social science with fiction, design with politics, scholarship with experimental forms.

With an opening chapter from Ha-Joon Chang as well as theory, short stories, and reflections on design, this book challenges and changes the notion that economics and science fiction are worlds apart. The result is a wealth of fresh and unusual perspectives for anyone who believes the economy is too important to be left solely to economists.

What Davies and his contributors ultimately carve out is a space of hope. Nothing is inevitable, and the ending to our story remains to be written.

Necessary in its time, the slogan 'Another World Is Possible' was always vulnerable to the riposte: 'Yeah, well what kind of world?' This unique volume of what might be called social-science fiction demonstrates that the left is now capable of imagining what world or worlds might replace the dying universe of liberal capitalism. It's a rare pleasure to be able to say of a collection of essays by left-wing scholars that it's exciting—but this one is.

Benjamin Kunkel, author of Indecision and Utopia or Bust

Science fiction has long been an arena for contending economic ideas, orthodox and otherwise. In this book's fascinating reflections, the attention is repaid with interest as the lenses of economics and critical theory are turned on science fiction's economic visions, dreams and nightmares.

Ken MacLeod, author of The Fall Revolution and Engines of Light series and the Corporation Wars trilogy

Economic Science Fictions is an immensely valuable intervention into the critical debates around science fiction, politics and economics; a consistently stimulating and surprising collection of essays that not only demonstrates how useful it is to think of the genre from an economically informed perspective but also persuasively argues that economists ought to be paying attention to the speculative possibilities of the best science fiction. Every essay here is good, and from each one I learned things and found ways to rethink what I thought I already knew. A groundbreaking collection, very highly recommended.

Economic Science Fictions offers us Ha-Joon Chang, Owen Hatherley, and Tim Jackson, with editor Will Davis, whose exceptionally lucid introductory essay is worth the price of entry alone, acting as a guide.

The primary value of Economic Science Fictions consists in its appeal for a mode of radicalism that combines imagination and rigour. Any realisable new economics, like the best sci-fi, must both extend the imagination and be constructed according to a robust internal logic. As Davies asks: 'Where is the Bauhaus for economic reform? Where is the futurist manifesto for a different form of money or property?' This collection captures something of the energy of those early 20th-century manifestos, offering windows onto new horizons that excite because they seem within our reach.

The volume opens with a forward by Mark Fisher. As always, Fisher is concise, sprawling, incisive, biting, cautiously but doggedly optimistic. Fisher offers a capacious usage of “economic science fiction” as something akin to Althusserian ideology: Capitalist Realism is supported by a “tissue of fictions” that “structure experience,” and so we need “new economic science fictions” that make different structures of experience possible (xii-xiii).

Economics and science fiction have many relationships that are rarely noticed. A lot of economics is science fiction, in that economists believe in the fiction that they are practicing a 'science', and that progress in this 'science' can potentially solve all economic problems. Equally, science fiction can be a helpful way of imagining alternative realities, making us re-think assumptions about economy and society that we otherwise take for granted. In this public lecture and launch event for PERC, Professor Ha-Joon Chang argues that science fiction teaches us important lessons about the economy, in particular that it can be changed, that it has been changed, and, most importantly, that it has been changed in the way it has only because some people dared to imagine a different world and fought for it.