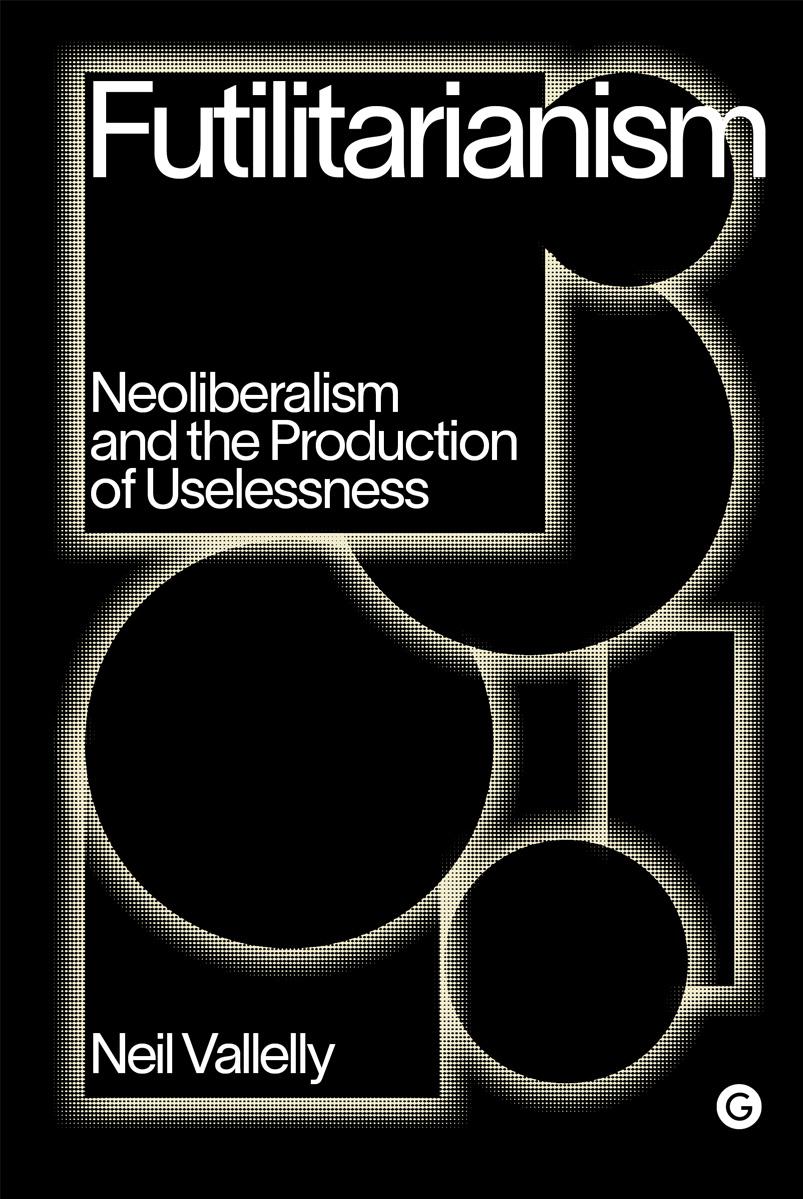 If maximising utility leads to the greatest happiness of the greatest number of people, as utilitarianism has always proposed, then why is it that as many of us currently maximize our utility—by working endlessly, undertaking further education and training, relentlessly marketing and selling ourselves—we are met with the steady worsening of collective social and economic conditions? In Futilitarianism, social and political theorist Neil Vallelly eloquently tells the story of how neoliberalism transformed the relationship between utility maximisation and the common good.

Drawing on a vast array of contemporary examples, from self-help literature and marketing jargon to political speeches and governmental responses to the COVID-19 pandemic, Vallelly coins several terms—including “the futilitarian condition,” “homo futilitus,” and “semio-futility”—to demonstrate that in the neoliberal decades, the practice of utility maximization traps us in useless and repetitive behaviors that foreclose the possibility of collective happiness.

This urgent and provocative book chimes with the mood of the time by at once mapping the historical relationship between utilitarianism and capitalism, developing an original framework for understanding neoliberalism, and recounting the lived experience of uselessness in the early twenty-first century. At a time of epoch-defining disasters, from climate emergencies to deadly pandemics, countering the futility of neoliberal existence is essential to building an egalitarian, sustainable, and hopeful future.

Neil Vallelly offers a rich tour of what he calls the futilitarian condition brought about by neoliberalization. Systemic and ubiquitous, this condition deprives us of meaningful lives and robs the world of a future. With an elegant pen, reader-friendly philosophical thoughtfulness, and scores of examples, Vallelly explains that gnawing feeling: "isn't what I'm doing--in my job, ecological practices, ethical consumerism and more--really futile?" Becoming-common, he argues, is our only way out.

Neil Vallelly's analysis of our neoliberal predicament is at once historically informed, politically sophisticated, and close to our everyday experience. The book documents the ways that business and political leaders have increasingly offloaded responsibility for social ills onto individuals and shows that the constant exhortations to build up our human capital, to network, to self-brand, self-start, and self-actualise serve only to make us feel useless, anxious, and alone. With the term 'futilitarianism,' Vallelly has coined a witty new entry for our critical lexicon and pointed the way to new forms of solidarity that can overcome our individualised futility.

Why do so many of us devote so much of our time to activity that feels futile? In this brilliant and beautifully written book, Neil Vallelly argues that the neoliberal quest for utility has flipped over into a form of frenetic self-maximisation that lacks both social and individual utility. From useless jobs to the labour of unemployment regimes to meaningless communication to consumerist activism, Vallelly shows that we have become trapped in a 'futilitarian condition' in which our labours only entrench exploitative market relations. This original and compelling tour de force is essential reading for anyone who thinks that there must be more to life than this.

An extremely lucid, smart analysis of our dilemma. That life in neoliberalism is often futile and nihilistic has been obvious for a long time. That neoliberal politics is covertly pessimistic as to human survival has also been clear. What Vallelly achieves here is a remarkable new theoretical insight into why that is, and why utilitarianism under neoliberal capitalism must mutate into futilitarianism. A thoroughly welcome, timely and profound intervention.

Neil Vallelly is a Researcher at Economic and Social Research Aotearoa (ESRA) and a Research Associate at the Centre for Global Migrations, University of Otago, New Zealand. His writing has appeared in such journals as Rethinking Marxism, Angelaki, and Poetics Today, and magazines including New Internationalist and ROAR.