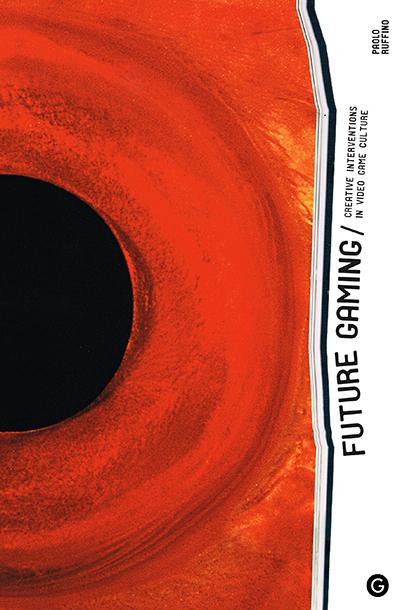 This book is not about the future of video games. It is not an attempt to predict the moods of the market, the changing profile of gamers, the benevolence or malevolence of the medium. This book is about those predictions. It is about the ways in which the past, present and future notions of games are narrated and negotiated by a small group of producers, journalists and gamers, and about how invested these narrators are in telling the story of tomorrow.

In Future Gaming Paolo Ruffino suggests the story could be told another way. Considering game culture, from the gamification of self-improvement to GamerGate’s sexism and violence, Ruffino lays out an alternative, creative mode of thinking about the medium: a sophisticated critical take that blurs the distinctions among studying, playing, making and living with video games. Offering a series of stories that provide alternative narratives of digital gaming, Ruffino aims to encourage all of us who study and play (with) games to raise ethical questions, both about our own role in shaping the objects of research, and about our involvement in the discourses we produce as gamers and scholars. For researchers and students seeking a fresh approach to game studies, and for anyone with an interest in breaking open the current locked-box discourse, Future Gaming offers a radical lens with which to view the future.

About the Future Media Series

Goldsmiths Press Future Media series encourages authors to offer a relatively short, sharp intervention in response to actual or potential short-term, utilitarian and instrumentalist thinking about a particular scenario or performance of media and technological futurism. Our emphasis on feminist, queer, trans, anti-racist and/or speculative approaches to media and technological futures calls for alternatives to TED thinking.

Ruffino’s provocative work poses a challenge to conventional academic study of video games. He proposes a Creative Game Studies as a more transparently subjective approach to the productive process of games research and games studies appropriate to this moment of significant change and evolution within the industry and the academy. This volume demonstrates the value of this approach in examining both the uniquely personal daily gamified encounters of living with Nike+FuelBand all the way through to the very public ‘gamer’ identity crisis of the GamerGate phenomenon.

Through its demonstration of an alert and lively creative engagement with games, Future Gaming presents a fabulatory curative to preservative narratives, generating delicious inspiration for makers and game scholars alike.

Ruffino offers an incisive look at recent video game history, and reveals the flaws in many of the concepts we have long taken for granted.

This book is a must have for students and researchers pursuing studies in the gaming sector, but also in new and media arts, as well as for anyone looking for a unique and diverse approach.

Paolo Ruffino is a Lecturer in Media Studies at The University of Lincoln.