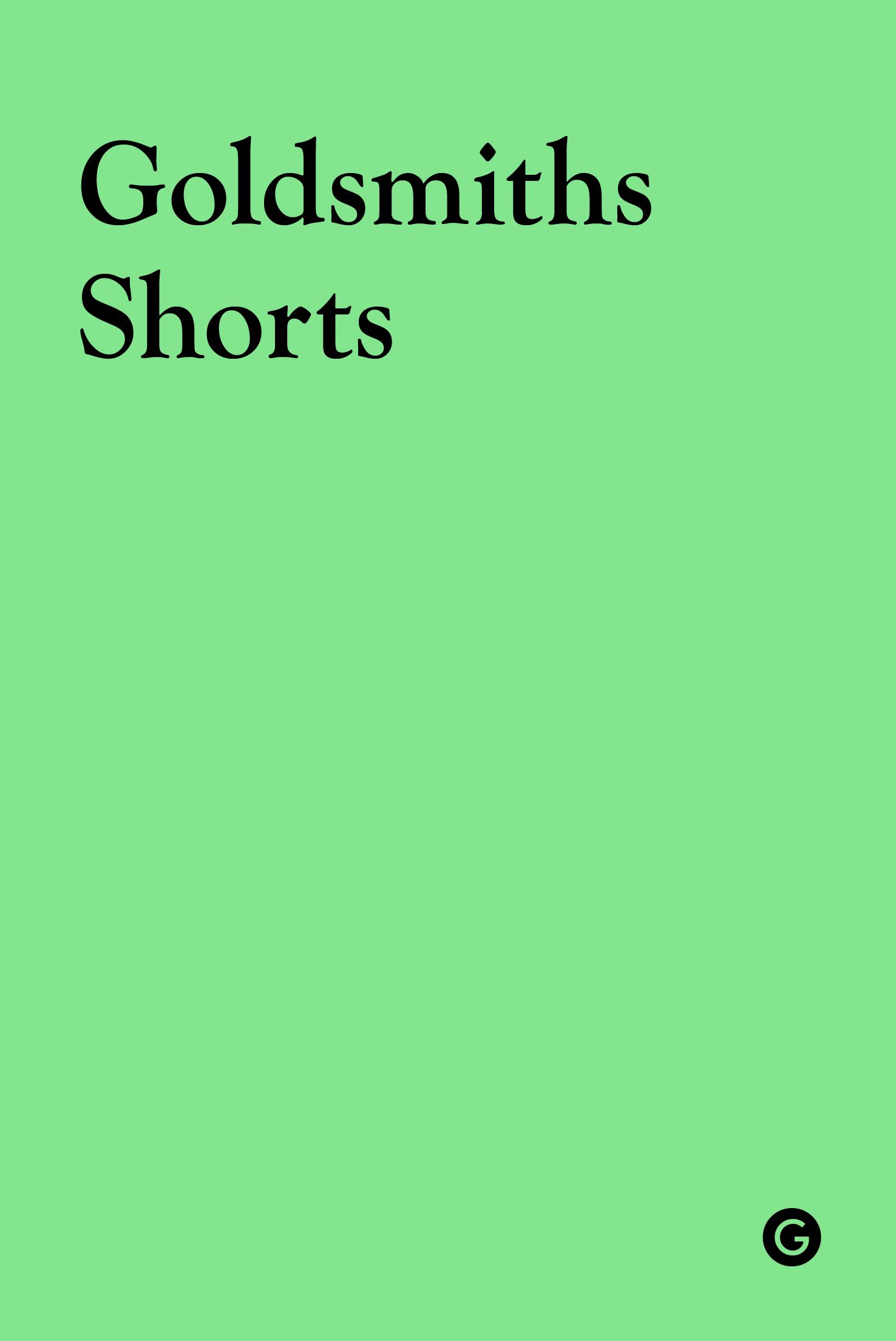 The Goldsmiths Shorts pamphlet series brings together poetry, fiction and non-fiction by alumni from across the creative writing programmes and modules, taught within the Department of English and Comparative Literature at Goldsmiths.

The alumni were asked to consider the pamphlet as an introduction to their work so far, as a unit that requires brevity, but also allows room for them to declare themselves. They were also invited to consider the pamphlet’s history as an artefact of experimentation or provocation. The work could be poetry, prose, non-fiction, none of the above, or something like all of them

The final pamphlets were selected by an editorial board comprised of staff, external writers and industry professionals, to appear alongside an established writer associated with Goldsmiths. In this series of three pamphlets, Bron Burgess and Will Jamieson appear alongside former Goldsmiths student and Young People’s Laureate for London, the poet and essayist Momtaza Mehri.

Doing the Most with the Least
Momtaza Mehri
Doing the Most with the Least is a selection of poetry and short prose by Momtaza Mehri. Nebulous, tender and expansively allusive, Mehri’s work explores the complex intersections between the subjective and geopolitical with a highly original and alert lyricism.
Momtaza Mehri is the co-winner of the 2018 Brunel International African Poetry Prize. Her work has been widely anthologised, appearing in the likes of Granta, Artforum, Poetry International, Vogue and Real Life Mag. She is the former columnist-in-residence at the San Francisco Museum of Modern Art’s Open Space. Her chapbook Sugah Lump Prayer was published in 2017.
Thirst for Sand
Will Jamieson
Thirst for Sand is a bold, original story exploring the phenomenon of land-reclamation. Soo Ling, and husband Adam navigate a murky world of speculative investment, that rests tenuously on the production of land that does not yet exist. A city grows into the sea, and a family is changed forever, in this surreal, metaphysical drama.
Will Jamieson grew up in Singapore, left in 2010, and has spent the last nine years returning to it in his writing and his research. He is pursuing a PhD in Geography at Royal Holloway, University of London, examining the dynamics of land reclamation in Singapore and sand extraction across Southeast Asia. His work is concerned with the integration of political geography and literary theory through critical creative writing to enhance our understanding of how space is ‘read’ and ‘written’ by capital. He has published fiction in Ambit, critical creative writing in GeoHumanities, and other writing about Singapore in Failed Architecture.
The Gaps I Mean
Bron Burgess
The Gaps I Mean is an unsettling meditation on the body’s permeability and porosity, and as a result, our openness and vulnerability as human beings. Burgess draws a vivid portrait of anxiety, full of dark wit, tenderness and nervous energy.
Bron Burgess has written for The Guardian and The Economist; worked for Film 4 and The Film Council; and her acting work has included roles in Garth Marenghi’s Dark Place, Teachers, Spooks and a play with Keith Allen and Damien Hirst. Her prize-winning short story “Black Toe” was described by Judge Neel Mukherjee as “deliciously depraved.” She is currently working on her first novel, Darkness Alters.