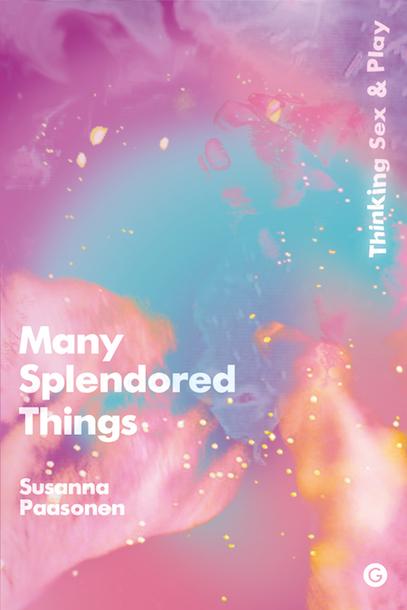 We all know that sex involves a quest for pleasure, that sexual palates vary across people’s lifespans, and that playful experimentations play a key role in how people discover their diverse sexual turn-ons and turn-offs. Yet little attention has been paid to thinking through the interconnections of sex and play, sexuality and playfulness. In Many Splendored Things from Goldsmiths Press, Susanna Paasonen considers these interconnections. Paasonen examines the notions of playfulness and play as they shed light on the urgency of sexual pleasures, the engrossing appeal of sex, and the elasticity of sexual desires, and considers their connection to categories of identity. Drawing on a broad range of scholarship on sexuality, play, and the media, Paasonen moves from the conceptual to the concrete, examining advice literature on sexual play, the vernacular aesthetics of the Fifty Shades series, girls’ experiences of online sexual role-playing, popular media coverage of age-play, and Jan Soldat’s documentary films on BDSM culture.

Paasonen argues that play in the realm of sexuality involves experimentation with what bodies can feel and do and what people may imagine themselves as doing, liking, and preferring. Play involves the exploration of different bodily capacities, appetites, orientations, and connections. Occasionally strained, dark, and even hurtful in the forms that it takes and the sensory intensities that it engenders, sex presses against previously perceived and imagined horizons of embodied potentiality. Play pushes sexual identifications into motion.

This is a dazzling and original piece of work that is genuinely post-disciplinary in its ambition, scope and range of materials that are the subject of analysis and potential as a catalyst for future writing on the subject of sex and play.

Clarissa Smith, Professor of Sexual Cultures, The University of Sunderland

Many Splendored Things is a scholarly, conceptually searching and absolutely necessary argument about what sexuality studies needs: not to be afraid of sex, appetites and the surprises of the flesh. Paasonen’s accounts of the orientations of playfulness and the experiments with play are generous both towards sex and theory: it will be great for teaching and for thinking with too.

Susanna Paasonen’s Many Splendored Things: Thinking Sex and Play is one of the most important books on play. Not just recent books on play, of which there have been many recently, all dully cited by Paasonen, but in general considering all books on play. Many Splendored Things is a fundamental book to understand the multifaceted connections between play, pleasure, and sexuality; a unique, insightful, provoking and rewarding book. Paasonen’s book fundamental contribution is the development of a mode of analysis of pleasure and sexuality from the perspective of play.