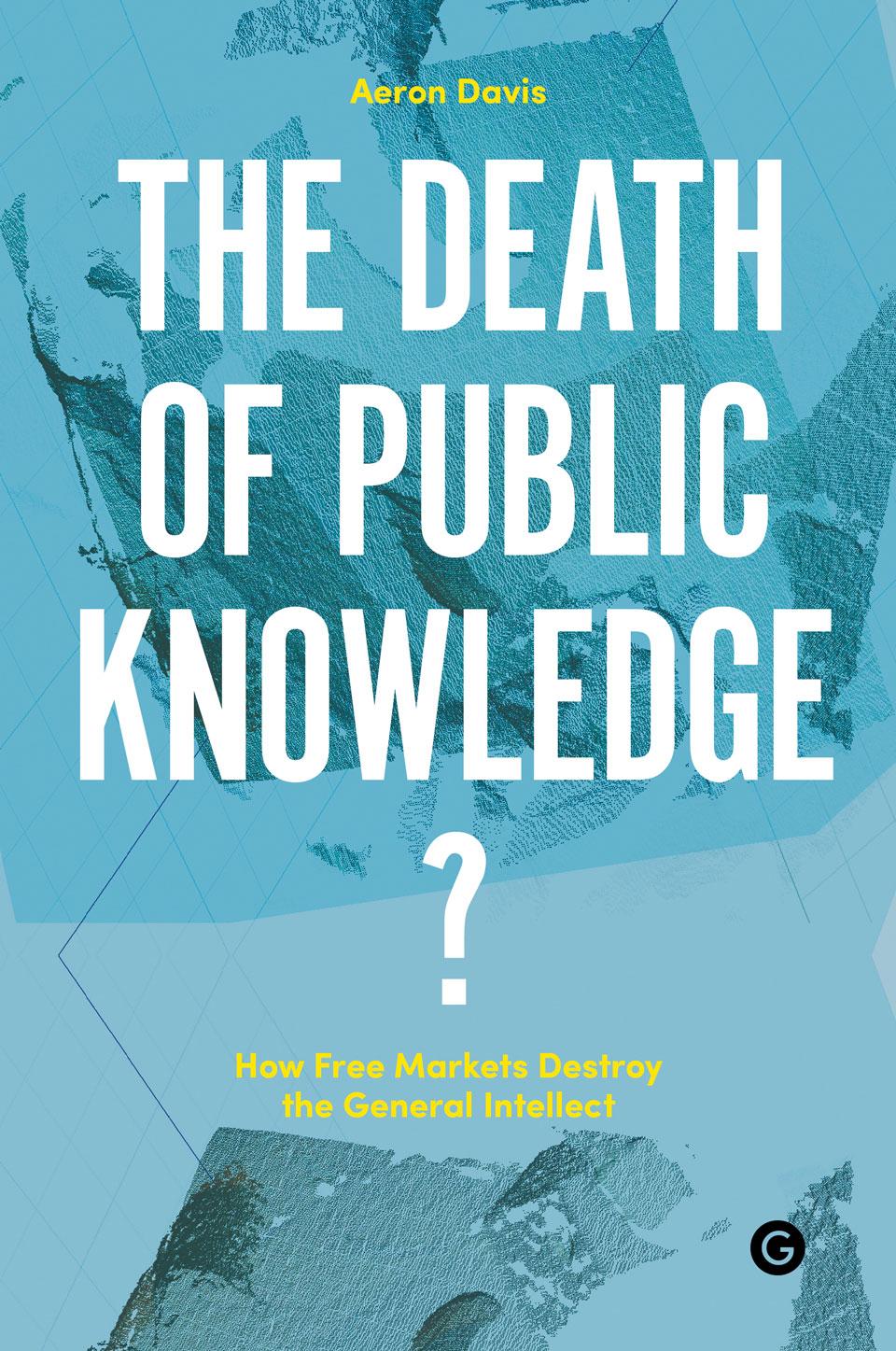 The Death of Public Knowledge? insists upon the value of shared, publicly accessible information, and suggests that the erosion of its most visible forms, including public service broadcasting, education and the network of public libraries, will have worrying outcomes for democracy.

Written by a mix of activists and academics, this collection of short, sharp essays records the strain placed on public knowledge by funding cuts and austerity, the new digital economy, vested interests, neoliberal politics, quantification and target-setting.

From an account of compromised Greek media during recent EU negotiations to the role played by media and political elites in the Irish property bubble, from the compromising of government policy by corporate interests in the US and Korea to the squeeze on public service media in the UK, New Zealand and America, the contributors assert that these pressures not only hinder democracies by restricting the free exchange of ideas, but undermine markets, economies and social institutions and spaces everywhere.

The Death of Public Knowledge is now available on PubPub

PubPub is an open-source, open-access publishing platform. Part of the MIT Knowledge Futures Group, PubPub gives communities of all stripes and sizes a simple, affordable, and nonprofit alternative to existing publishing models and tools

Individually and collectively these pieces offer a rallying cry, asserting the need for fervent financial and regulatory support, in order to protect public knowledge in all its forms.

Democracy relies on the idea that well-informed citizens can make free choices. But what if good information is in retreat? How counter-intuitive that public knowledge might be in decline, in an age where everyone can, in theory, access anything at the click of a mouse. But who controls the information, and how it is disseminated, lies at the heart of this collection of global studies from PERC. If democracy feels in peril, here's one reason why.

The truth is a precious thing. While technology has opened up fields of knowledge previously hidden, political and economic forces are actively privatizing and discrediting scientific and other expertise, barring public access to the truth. Fortunately we still have amongst us brave truth-seekers, including the authors of this book, who shine a light on this privatized darkness, and in the process provide readers with the information needed to defend our civilization. If you are a truth-seeker, then this book is a vital read.

The Death of Public Knowledge? is, paradoxically, an impassioned call for its revival. The contributions cover a broad range of vital social institutions, from libraries to legal firms and financial markets. The writing is sharp, insightful, and often revelatory. A necessary book.

Eric Klinenberg, Professor of Sociology and Director of the Institute for Public Knowledge at New York University

The erosion of public knowledge is, by definition, an obscure process. The writers here have done sterling work in showing how reliable, timely and pertinent information is being leached from one field of our collective life after another. Truth and politics have always been an uneasy fit. But the fantastical nature of much public speech is becoming impossible to ignore. This collection helps to bring context and clarity to the 'post-truth' movement. It could hardly be more timely.

Dan Hind, author of The Return of the Public: Democracy, Power and the Case for Media Reform

Aeron Davis is Professor of Political Communication and Codirector of the Political Economy Research Centre (PERC) at Goldsmiths, University of London.

PERC seeks to refresh political economy, in the original sense of the term, as a pluralist and critical approach to the study of capitalism. In doing so it challenges the sense of economics as a discipline, separate from the other social sciences, aiming instead to combine economic knowledge with various other disciplinary approaches. This is a response to recent critiques of orthodox economics, as immune to interdisciplinarity and cut off from historical and political events.  At the same time, the authority of economic experts and the relationship between academic research and the public (including, but not only, public policy-makers) are constant concerns running through PERC’s work.