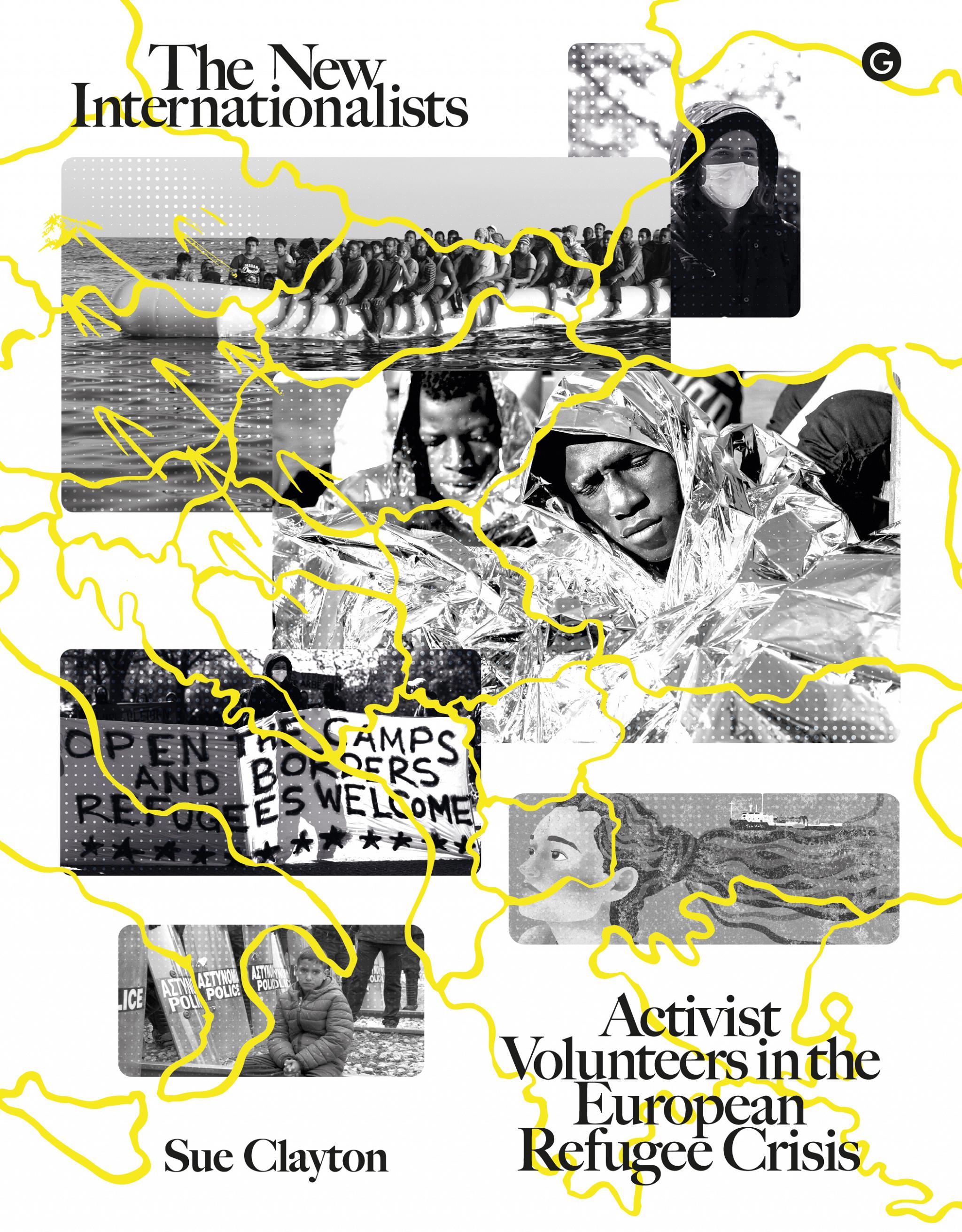 In The New Internationalists, Sue Clayton tells the story of the largest civic mobilization since the Second World War, when volunteers—many young and untrained—took on unimaginable responsibilities and saved thousands of lives. During the European refugee crisis of 2015–2020, they witnessed firsthand the catastrophic failure of established NGOs, and the indifference—and frequently, the open hostility—of the EU and national governments. Many faced state hostility themselves. Their accounts show how activist volunteers have shaped today's European humanitarian agenda, and provide a powerful critique of the failures of current policy.

With The New Internationalists, Clayton offers a contemporary history and critical contextualization of this powerful new force. Mapping key flashpoint locations and curating unique firsthand testimonies, she explores how during the crisis, when almost two million people reached Europe by deadly sea-crossings, more than 100,000 citizens came together in new grassroots social formations to rescue, support, and welcome them. She provides a unique and multifaceted account, based on evidence and testimonies, and situates it within current debates on humanitarianism and contemporary social and solidarity movements.

This comprehensive and moving account of Europe’s continuing migration challenge both reassures and disturbs: it is inspiring in its documentation of the humanitarian commitment, courage and endeavour of so many ordinary citizens - but troubling in its implications for the future of global solidarity and refugee protection in a rapidly changing world.

This gargantuan collection of testimonies and flashpoints from the hotspots of Europe’s “refugee crisis” of 2015-2020 offers a unique, compelling and multifaceted portrait of one of the largest civic mobilisation in Europe’s recent history, and a critique of the failures of EU institutions and the humanitarian sector in confronting a humanitarian crisis in Europe.

The testimonies from volunteers provide first-hand evidence of shocking incidences of violence and breaches in state protection, especially of unaccompanied minors, which should be of very great concern to all those seeking fairness and justice in the European asylum system.

Sue Clayton is a film director, writer, and composer. Her films include The Stansted 15 on Trial, about a group of peaceful protesters charged with terrorism; Calais Children: A Case to Answer, made in the Calais Jungle refugee camp and winner of seven international awards; and Hamedullah: The Road Home, which follows a young refugee in the UK who was deported back to Afghanistan. Professor of Film and Television at Goldsmiths University of London, she is also the coauthor of Unaccompanied Young Migrants: Identity, Care and Justice.

Sue talks to Giles Brown about the mobilisation of thousands of volunteers who rescued, supported, and welcomed refugees during the ongoing European refugee crisis.