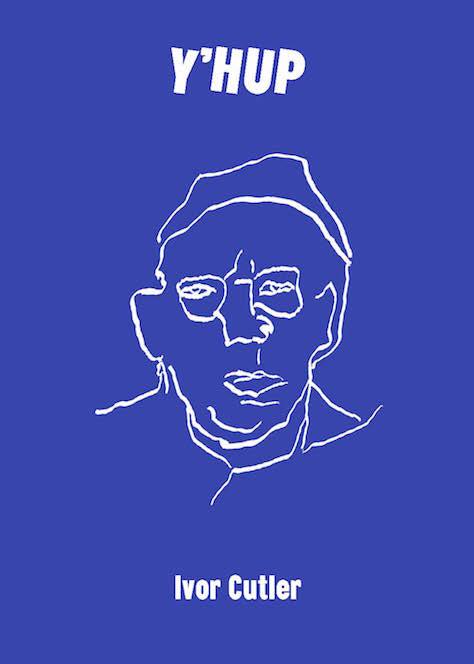 Our first collaboration with the Goldsmiths Centre for Contemporary Art, Y'HUP presents items from the Ivor Cutler archive to accompany the exhibition Ivor Cutler: Good morning! How are you? Shut up!

Scottish poet, songwriter and humorist Ivor Cutler (1923–2006) was a singular force in popular culture. His oeuvre encompassed absurd songs and poems, surreal performances, and illustrated publications. These abstract the banal and everyday with warmth, occasional darkness, and quiet radicalism. Self-styled as an "Oblique Musical Philosopher", Cutler saw himself as having "….the effect of a very mild earthquake, one that nudges people into having a look around themselves, through all the rubbish that passes for convention".

His whimsical performances gained him a cult following across generations, not least as part of 60s and 70s counterculture. Broadcasts on the Home Service in the 1950s lead to albums, later with Virgin Records and Rough Trade. TV appearances on the BBC caught Paul McCartney’s attention. Cutler appeared in the Beatles’ film Magical Mystery Tour (1967) and George Martin produced his album ‘Ludo’ (1967). Robert Wyatt of Soft Machine invited him to play on two of his tracks on the album Rock Bottom (1974). New generations were introduced to his work in the 1980s on TV for the Old Grey Whistle Test, and on radio for John Peel and later Andy Kershaw. His songs have been covered by numerous artists including Jim O’Rourke, Laura Marling and Franz Ferdinand.

Cutler also wrote many books for children and adults, and his wish to open adults up to their childish self (as counter to intellect and convention) was bolstered by his work as a teacher, at A. S. Neill’s Summerhill School and for inner-city schools in London for 30 years.

The Goldsmiths Centre for Contemporary Art exhibition pulls from the Cutler archive to present original musical scores, lyrics, sketches, artworks, letters, press cuttings, and posters, gathered to celebrate Cutler’s life and work, many of which have never been previously exhibited.

The publication features an essay by Dan Fox, co-editor of frieze magazine and author of Pretentiousness: Why it Matters and Limbo, both published by Fitzcarraldo Editions. 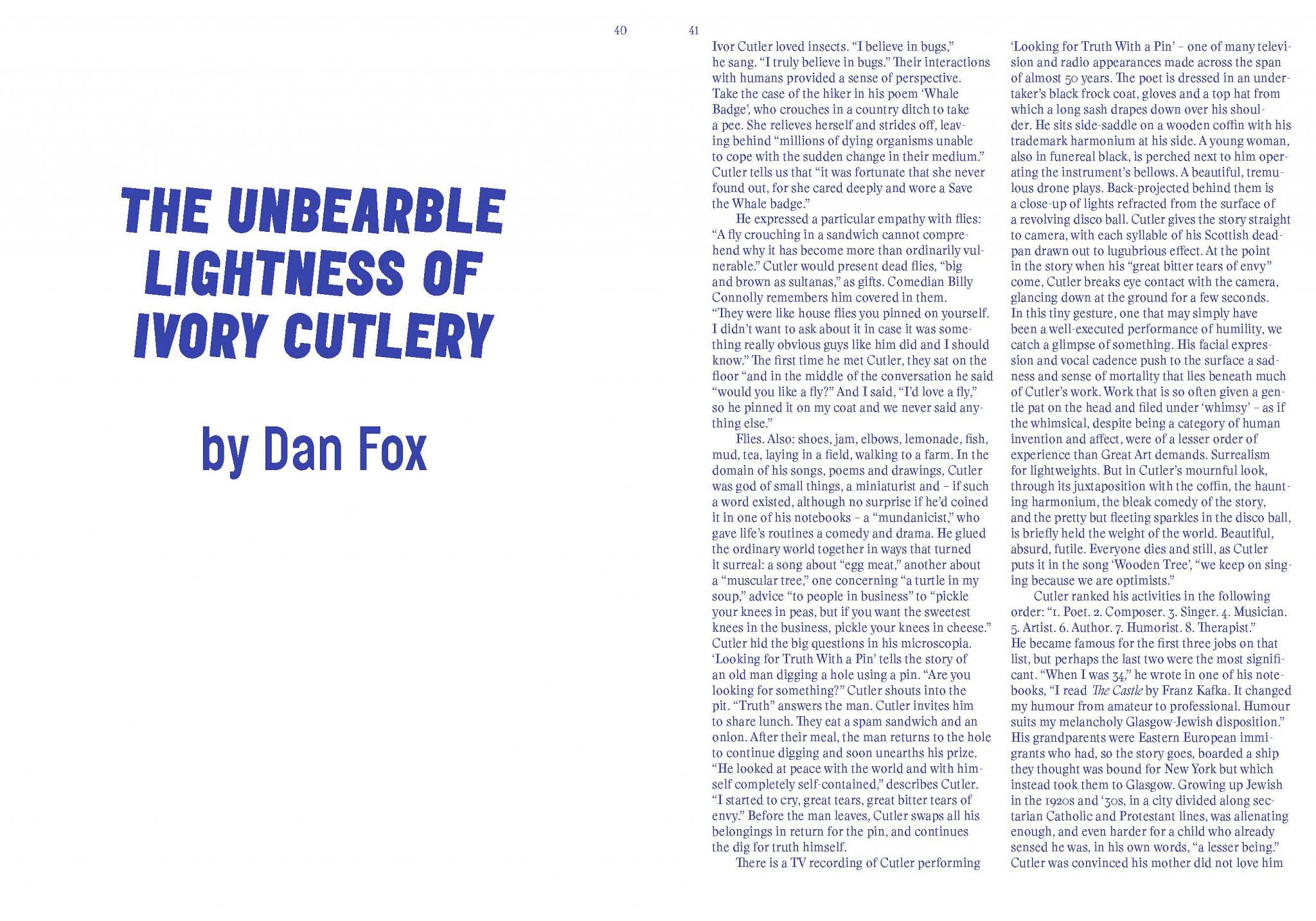 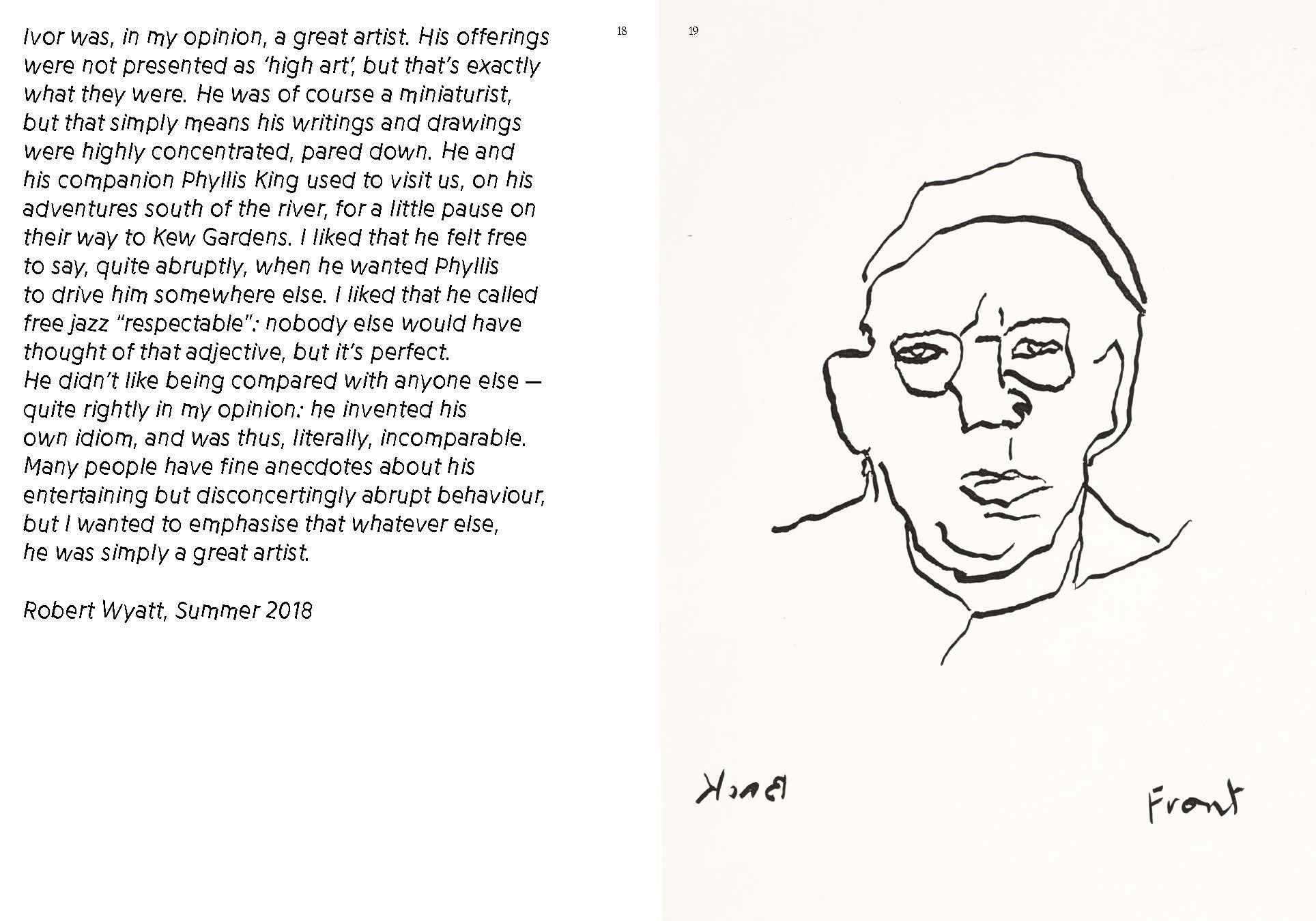 Goldsmiths Centre for Contemporary Art is London’s newest contemporary arts institution, and open to everyone. Hosting world-class exhibitions by international artists, and providing a space for established and emergent practices, the institution aims to enhance Goldsmiths’ reputation for excellence and innovation in the arts. Curatorially ambitious, the exhibition programme has been devised to encompass a wide-range of exhibition-making, including new commissions, historical presentations, survey exhibitions, and long-term research projects.