Acts of the Assassins 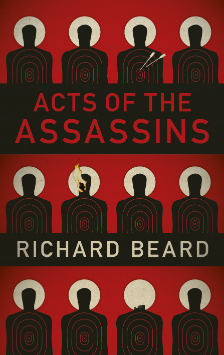 Gallio does counter-insurgency. But the theft of a body he's supposed to be guarding ruins his career. Bizarre rumours of the walking dead are swirling, there is panic in the air, and it’s his job to straighten out the conspiracy. He blows the case.

Years later, the file is reopened when a second body appears. Gallio is called back by headquarters and ordered to track down everyone involved the first time round. The only problem is they keep dying, in ever more grotesque and violent ways. How can Gallio stay ahead of the game when the game keeps changing?

Acts of the Assassins is about one man’s struggle to confront forces beyond his understanding. And about how lonely a turbulent world can be.

Richard Beard is the author of five critically acclaimed novels: X20, Damascus, The Cartoonist, Dry Bones, and Lazarus is Dead, and three works of non-fiction: Muddied Oafs, How To Beat the Australians and Becoming Drusilla. He is Director of the National Academy of Writing in London.