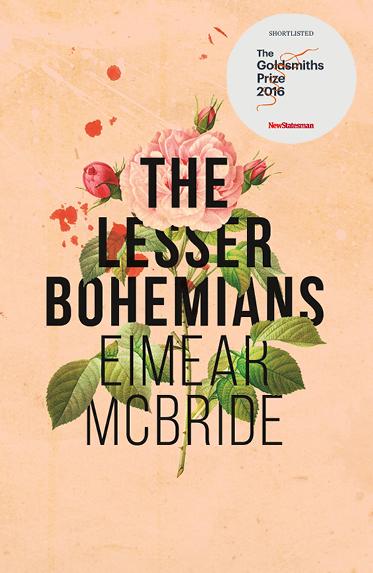 Blake Morrison on The Lesser Bohemians

The story of a young Irish woman who comes to drama school in London and of her intense relationship with an older man, Eimear McBride’s second novel is as boldly innovative as her first—more brightly lit, perhaps, but with no less darkness around the edges. A fractured syntax dominates the opening pages but after a long section in the voice of her lover the prose loosens up. By the end, through her experience of love and sex, the girl has become a fully formed thing.

From the writer of one of the most memorable debuts of recent years.

An eighteen-year-old Irish girl arrives in London to study drama and falls violently in love with an older actor. This older man has a disturbing past that the young girl is unprepared for. The young girl has a troubling past of her own. This is her story and their story.

The Lesser Bohemians is about sexual passion. It is about innocence and the loss of it. At once epic and exquisitely intimate, it is a celebration of the dark and the light in love.

Eimear McBride grew up in the west of Ireland and studied acting at Drama Centre London. Her debut novel A Girl is a Half-formed Thing took nine years to publish and subsequently received the Bailey's Women's Prize for Fiction, Kerry Group Irish Novel of the Year, the Goldsmiths Prize, Desmond Elliot Prize and the Geoffrey Faber Memorial Prize. Her short fiction has appeared in Dubliners 100, The Long Gaze Back and on Radio 4. She occasionally reviews for the Guardian, TLS, New Statesman and New York Times Book Review.