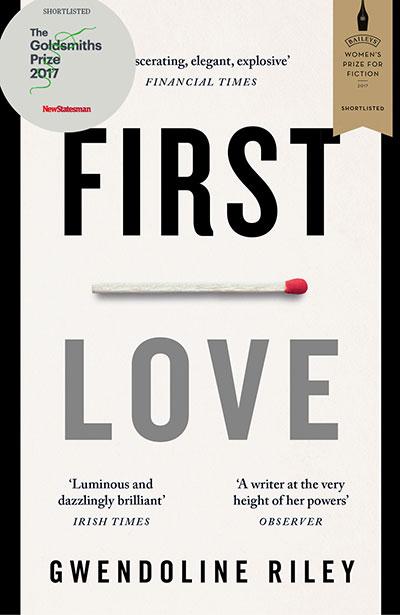 The measure of invention in Gwendoline Riley’s First Love is in the measure of its affront to the world. The novel is a forensic dissection of a notably demented relationship, displaying all of its barbs and poison darts, but showing its moments of odd tenderness, too, and its stumbles in the darkness of love. Riley’s sentences have such punch and snap to them, and they are perfectly weighted to their scathing task. She teases out the night-black, tormented comedy of her scenes to hysterical effect – this is an achingly funny book. Also, it is completely unrelenting, and focused, and it gets its hooks in the reader at once. It leaves scars.

Neve is a writer in her mid-30s married to an older man, Edwyn. For now, they are in a place of relative peace, but their past battles have left scars. As Neve recalls the decisions that led her to this marriage, she tells of other loves and other debts, from her bullying father and her self-involved mother to a musician who played her and a series of lonely flights from place to place.

Drawing the reader into the battleground of her relationship, Neve spins a story of helplessness and hostility, an ongoing conflict in which both husband and wife have played a part. But is this, nonetheless, also a story of love?

Gwendoline Riley was born in London in 1979. She is the author of the novels Cold Water, Sick Notes, Joshua Spassky and Opposed Positions. Her writing has won a Betty Trask Award and a Somerset Maugham Award, and has been shortlisted for the John Llewellyn Rhys Prize.