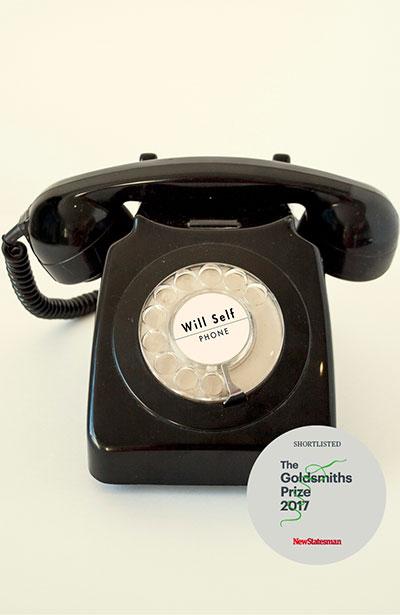 Narrated via a sweeping 600-page paragraph, Will Self’s Phone is an extraordinary novel. Voiced by four different characters (and their various inner ghouls and outer appendages) Self presents the minds of its main characters marked by trauma, inexplicable memory, and sometimes joy. Very soon, the reader is seduced by each character’s ‘mind-language’ which, forcefully, and without signalling, then breaks into the next. In the novel’s web of minds and memories, the reader is kept close by Self’s artful turn of phrase and linguistic acrobatics. A fascinating next-stage in Self’s modernist trilogy.

Meet Jonathan De'Ath, aka 'the Butcher'. The curious thing about the Butcher is that everyone who knows him - his washed-up old university lecturer father, his jumbling-bumbling mother, his hippy-dippy brothers, his so-called friends, his spooky colleagues and his multitudinous lovers - they all apply this epithet to him quite independently, each in ignorance of the others. He knows everyone calls him 'the Butcher' behind his back, but he also knows that they don't know the only real secret he maintains, encrypted in the databanks of his steely mind: Colonel Gawain Thomas, husband, father, highly-trained tank commander - is Jonathan De'Ath's longtime lover.