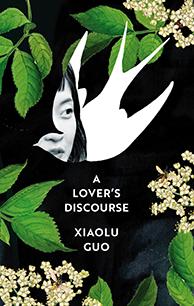 A Chinese woman comes to London to start a new life, away from her old world. She knew she would be lonely, adrift in the city, but will her new relationship bring her closer to this land she has chosen, will their love give her a home?

A Lover’s Discourse is an exploration of romantic love told through fragments of conversations between the two lovers. Playing with language and the cultural differences that her narrator encounters as she settles into life in a post-Brexit Britain, Xiaolu Guo shows us how this couple navigate these differences, and their romance, whether on their unmoored houseboat or in a stifling flatshare in east London, or journeying through other continents together…

Suffused with a wonderful sense of humour, this intimate and tender novel asks universal questions: what is the meaning of home when we’ve been uprooted? How can a man and woman be together? And how best to find solid ground in a world of uncertainty?

In 2013 Xiaolu was named as one of Granta's Best of Young British Novelists. She has directed several award-winning films including She, A Chinese, and documentaries about China and Britain. She was a judge for the Booker Prize in 2019, and is currently a visiting professor at Columbia University in New York.

Chris Power on A Lover’s Discourse

If A Lover’s Discourse by Roland Barthes is a novelistic essay, Xiaolu Guo’s book of the same name is an essayistic novel. In short chapters, and with hypnotically measured language, Guo studies the relationship between two lovers as a union and an alliance, yes, but also as a confrontation, an argument, and a struggle.

The book charts the evolution of a love affair between a nameless film student, who has moved to London from China, and a half-German, half-Australian landscape architect. Brexit looms large, as does isolation, as Guo describes the emotional and psychological landscape navigated by immigrants to Britain. Most impressive of all is the close attention she pays to a country’s language – not just the literal meaning of words, but also the moods they impart. Doing so, she makes the texture of daily life appear strange and new.