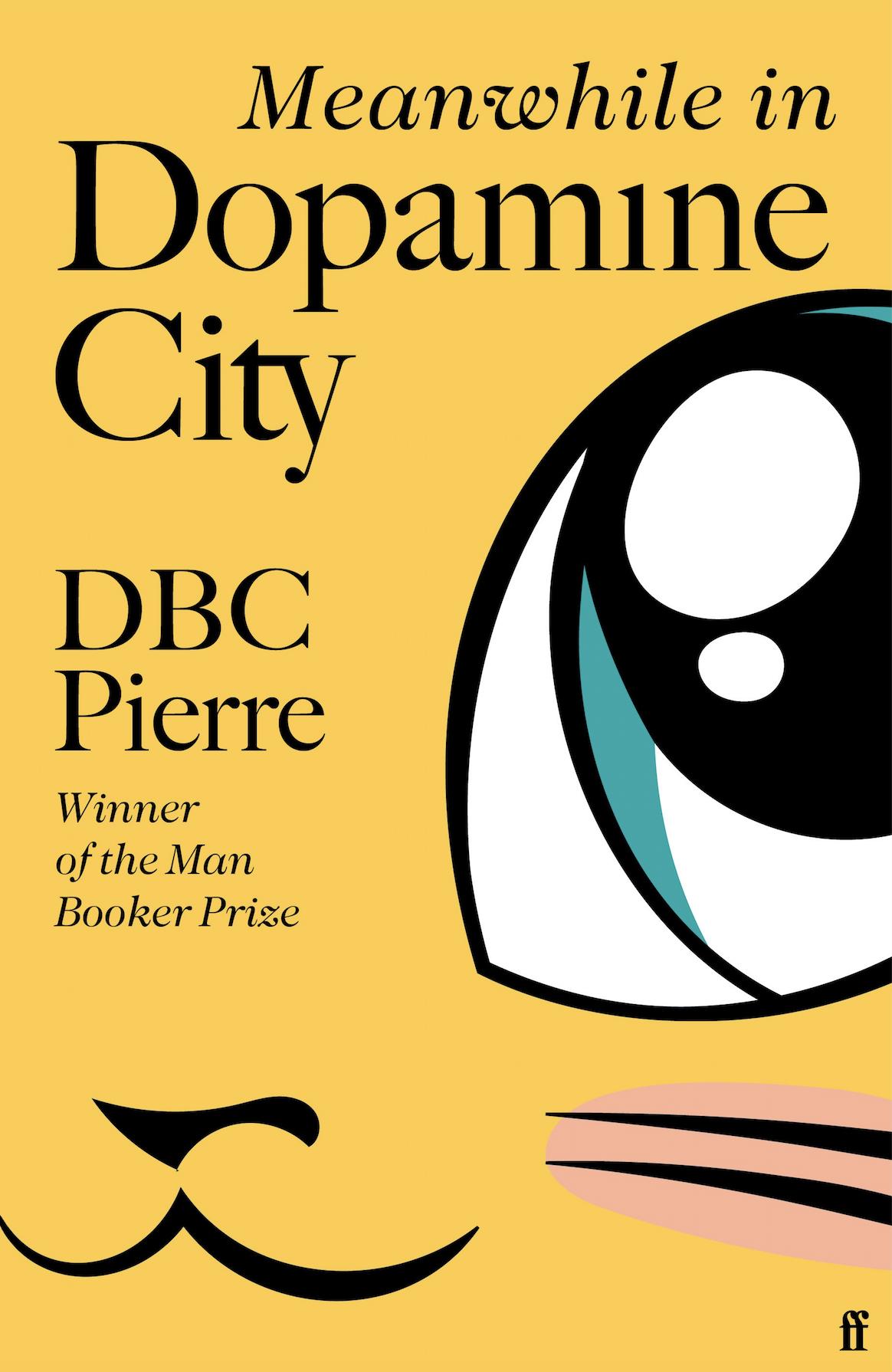 It’s a big bad world out there, in Dopamine City. All Lonnie Cush wants is to keep his kids safe. But Shelby-Ann – his little girl, the maddening apple of his eye – has other ideas: Shelby-Ann wants her first smartphone. So new realities are rocketing their way to 37 Palisade Row, where everything will change, every day, and at mortal speed. Until Lonnie finds himself in a stitch: he’ll have to join this new world, or wither in it. Or can he mastermind a vanishing act? The story of a hapless father’s love and loss, and a speedball, starburst satire, Meanwhile in Dopamine City is a passionate, freewheeling work from the winner of the Booker Prize: a riotous cry for the soul and the flesh and the heart in the cooling bathwater of our automatic times.

DBC Pierre is the author of Ludmila’s Broken English, Lights Out in Wonderland and Vernon God Little, which won the Man Booker Prize, the Whitbread Prize for Best First Novel, the Bollinger Wodehouse Everyman Award and the James Joyce Award.

Lon Cush, the hero of DBC Pierre’s turbo-charged satire, is a grieving widower struggling to hold on to his job and his kids. His nine year-old daughter, Shelby, is addicted to her phone and Lon is warring against millennials, vloggers, memes, likes, and allegations of parental abuse. The cacophony of this new binary world is demonstrated by a split page, one half giving us the stream of chatter displayed on Shelby’s screen,  the other half the stream of thoughts running through Lon’s head. Furious, despairing, and dizzingly articulate, Meanwhile in Dopamine City shows that the novel is still smarter than the latest smartphone.