To celebrate Black History Month, join us for a week of live art, rarely seen archive images and free workshops exploring how we should remember the 1977 ‘Battle of Lewisham’

Goldsmiths historian Dr John Price is taking up residence in Lewisham Shopping Centre to explore how we should mark the 40th anniversary of the infamous events of the summer of ‘77.

On 13 August 1977, the National Front attempted to march from New Cross to Lewisham town centre, leading to violent clashes with counter demonstrators and police. The march was halted by a patchwork of groups in a display of solidarity against racism.

2017 will mark the 40th anniversary of the events, and we are inviting local people to share their memories and find out about one of the most important events in the history of race relations in the UK.

WHAT’S ON - ALL WEEK

An exhibition of rarely seen archive images from the Battle of Lewisham alongside first-hand audio accounts and the Lewisham ‘77 soundtrack.

Goldsmiths Fine Art student Ella Jones will be painting scenes from the Battle of Lewisham across the week and talking to local people. See her final piece on Saturday, 22 October.

Pop in and explore stories from your community and share your memories of the Battle of Lewisham. Please bring along any old photos or documents!

Goldsmiths historian, John Price, will be on hand to talk about the 1977 Battle of Lewisham. Share your memories, opinions, and learn about the radical history of the local area.

A local history workshop for pupils of St Mary’s CE Primary run by local historian Carol Pierre and Goldsmiths’ Lucy Grace. It will ask children and young people to consider ‘what matters to me?’ and ‘What would I protest about?’

Pupils will make their own protest banners that will be displayed in the shop all week.

The Art of Protest. (Details above)

Join Lateisha Davine Lovelace-Hanson for a free guided writing journey to look at, look through, and look beyond the ‘Battle of Lewisham’, in order to Look at Ourselves Now.

Drop in and talk to Goldsmiths historians about your memories of living in Lewisham alongside new artwork, exhibitions, films and music.

We really want to hear your ideas about the commemorative events planned for the 40th anniversary of the ‘Battle of Lewisham’ and how communities, groups and individuals can play their part. 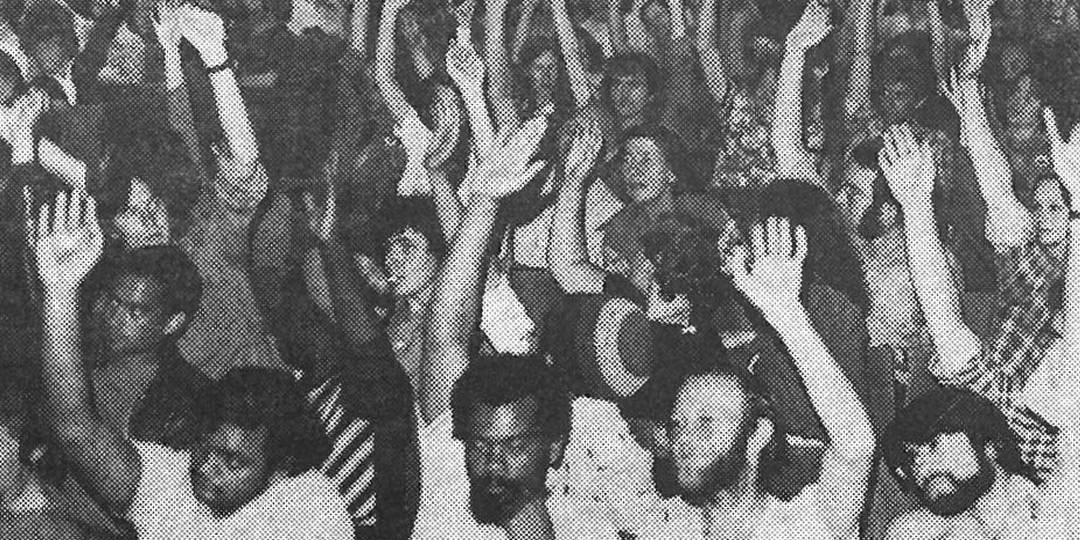