Oslo based Ars Electronica winner Jana Winderen explores sounds from hidden sources, both inaudible for the human senses and sounds from places / creatures difficult to access.

Jana Winderen is an artist educated in Fine Art at Goldsmiths, University of London with a background in mathematics, chemistry and fish ecology from the University of Oslo. She focuses on audio environments and ecosystems which are hard for humans to access, both physically and aurally.

Amongst her activities are immersive multi-channel sound installations and concerts which have been performed internationally in major institutions and public spaces in America, Europe and Asia. Winderen lives and works in Oslo. In 2011 she won the Golden Nica, Ars Electronica, for Digital Musics & Sound Art. She is currently showing the mulitchannel audio installation «bára», a commission by TBA21 Academy for the exhibition Tidalectics in Vienna (2017) and «Rats - secret soundscapes of the city», commissioned by the Munchmuseum on the move / NyMusikk in Oslo (2017).

Recent works includes «Transmission» commissioned by the V-A-C foundation for Geometry of Now, Moscow (2017), «Spring Bloom in the Marginal Ice Zone» for the Sonic Acts festival, Amsterdam (2017). Earlier works includes the large multichannel installation «DIVE» in Park Avenue Tunnel, for New York Department of Transportation, «Ultrafield» for MoMA in New York and «Watersignal» for Guggenheimmuseum/Unsound festival. Jana was recently an artist-in-residence at the TBA21 Academy, and releases her audio-visual works on Touch.

"I like the immateriality of a sound work and the openness it can have for both associative and direct experience and sensory perception. I have been busy searching for sounds from hidden sources, frequencies which are not possible for us to perceive, as well as from places and creatures that are hard to access. Over the last twelve years I have collected recordings made by hydrophones, from rivers, shores and the ocean in Asia, Europe and America, from Sea Ice on the North Pole, from the Barents sea and glaciers in Greenland, Iceland and Norway. In the depths of the oceans there are invisible but audible soundscapes, about which we are largely ignorant, even if the oceans cover 70% of our planet. Through focused listening and recording I have been exploring the soundcaracters of coral reefs in the Caribbean and in the Pacific with hydrophones. I am also experimenting with different types of microphones to collect sounds which are not obviously recognisable, but give room for broader, more imaginative readings or sounds that are unreachable for the human senses, such as ultrasound. I use these sounds as source material for composition in a live environment or to create immersive installations, also for film, dance, radio, CD, cassette and vinyl productions." 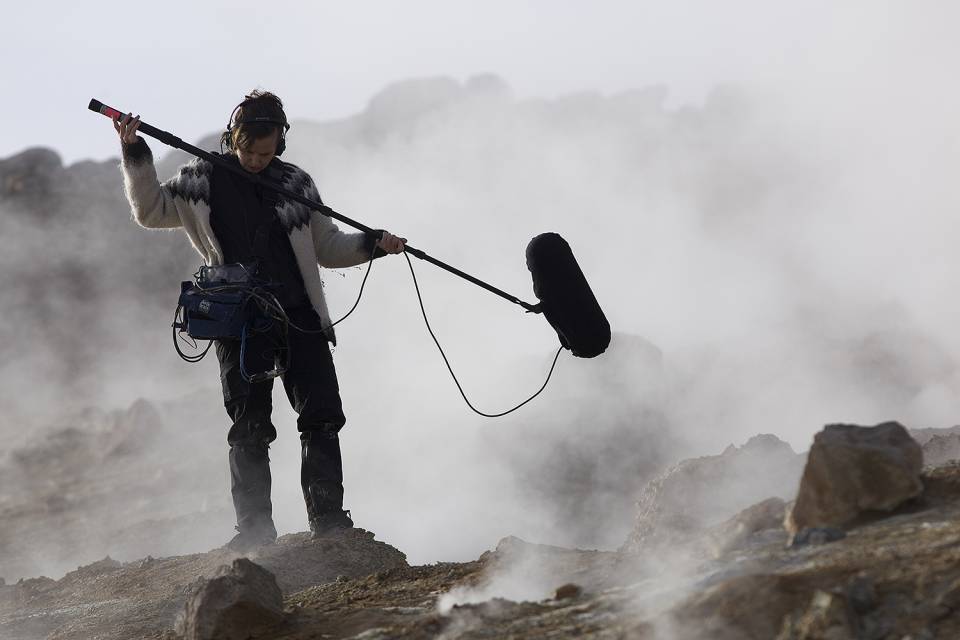