James N. Kienitz Wilkins is a filmmaker and artist based in Brooklyn. His work combines documentary sources with original scriptwriting to investigate the role that narrative plays in the construction of truth. Characterised by an economy of means, his existing works span a range of mediums, from 16mm and Beta SP through to high definition video. They also engage with issues that relate directly to his personal life, such as race relations in New England, where he grew up, or labour conditions in the digital age, which he contends with every day. The results are both funny – full of wordplay, wisecracks and ideas collapsing in upon other ideas – and provocative – peppered with matter-of-fact observations and fragments of uncomfortable truth that cut like knives.

James will be in-conversation with Gasworks curator Robert Leckie following a special screening of his ‘Andre’ Trilogy, which includes ‘Special Features’ (2014), ‘TESTER’ (2015) and ‘B-ROLL with Andre’ (2015). “The internal narrative picks up (or begins in an unspecified past), a thread of characters introduced in Special Features and finalized in B-ROLL with Andre. The three movies were produced in sequential video formats (BetaSP, MiniDV, HD) which correspond to the timeframes of each story (prequel, original, sequel). However, if the movies are screened together, they would ideally be presented in order of production (Special Features, TESTER, B-ROLL with Andre).” JNKW

James N. Kienitz Wilkins’ work has screened at the New York Film Festival, Toronto (Wavelengths), Locarno, Rotterdam, Migrating Forms, Ann Arbor, CPH:DOX, MoMA PS1, BAMcinemaFest, Images, and beyond. In 2016, he was awarded the Kazuko Trust Award presented by the Film Society of Lincoln Center. In 2017, he was included in the Whitney Biennial and a retrospective of his work was showcased at Rencontres internationales du documentaire de Montreal (RIDM). He is a graduate of the Cooper Union School of Art in New York City.

James is currently presenting his most recent work as part of his solo exhibition Hearsays at Gasworks London, until 16-Dec-18. And will screen his new short film ‘This Action Lies’ at Tate Modern on 14-Nov-18.

This event is free. No booking is required. All welcome. 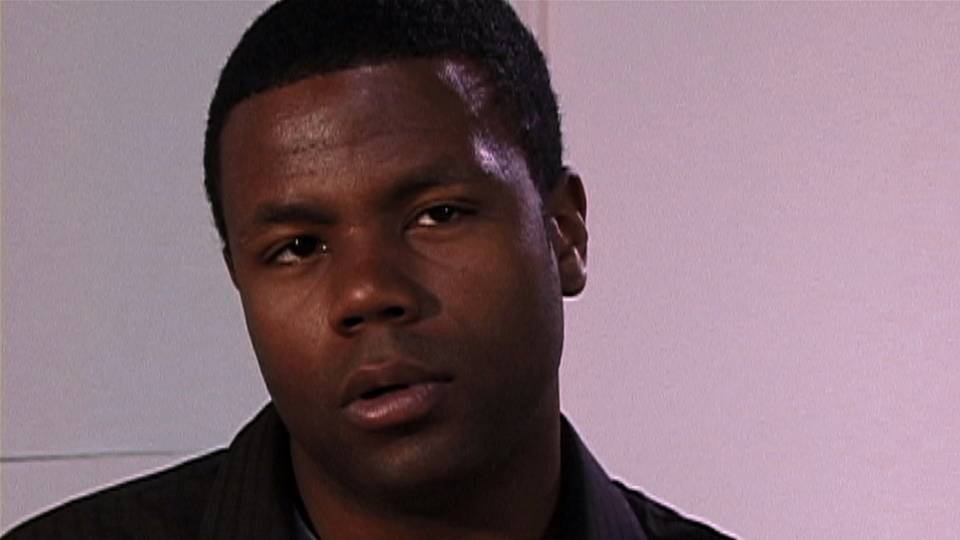