A screening of short films featuring work by recent graduates from the MA Artists’ Film and Moving Image programme at Goldsmiths.

The event will be introduced by artist filmmaker and course director Gail Pickering, and includes a panel discussion with the artists Aimée Neat, Sun Park, Sarah Lewis and Susanne Dietz, chaired by Isobel Harbison, author of forthcoming book the 'Performing Image’.

The panel will address a constellation of shared concerns around performativity, temporal structures and the politics that bind diverse subjectivities together. Reflecting the ethos of the course, the evening promises to explore the agency of artists film and moving image practice within the world at large.

Works included in the screening programme:

Aimée Neat’s ‘A Sculpture of Your Grief’ is a satirical series of visual aphorisms that propose a dystopian, homogenised identity crisis. Autobiographically informed, merged mimicry, genuine experience, and overheard statements form a memetic whole, a behavioural outcome of advertising’s historic regression to the common denominator.

Sun Park’s ‘Now and There, Here and Then’ tells a story of a mother and daughter living in two different time zones via face-time. While layers of digital frames capture celestial times reminding us of the geographical distance, flattened worlds find another dimension through a conversation between the two.

Ukrit Sa-nguanhai’s ‘Enduring Body’ explores rumours that revolve around the deaths of a group of school teachers in a Thai countryside town. Events that seem unrelated spread like cancer cells through the town where a school, a crocodile pond, cha-cha music and the afterlife become entangled.

Sarah Lewis’ interview with French director and producer Patrice Barrat 'The Next Layer’ explores his motivations behind his 1989 documentary ‘Famine Fatigue’, recorded a month before he took his own life.

Susanne Dietz’ 'Bunker on Kummerstrasse [Grief Street]' filmed in a bunker built by the Nazis in 1943. Dietz invited her family and friends to participate in an abstract re-enactment of recurring memories and images as the film continuously moves through and between the floors of the bunker.

Vsevolod’s Kovalevskij’s ‘Presentation’ is a scripted multilayered satire which at its core reflects on the act of refresh-&-research or the lack of it in the contemporary western world.

Noora Said’s ‘Destination Concrete’ sees the newly expanding outskirts of the city of Ramallah/Albireh as a battle between the natural and urban landscape. In the city centre, consumerism is changing the socio-political identity of the nation. On the borders, military checkpoints, illegal settlements are only growing and challenging the neoliberal approach of the Palestinian economy. The sustainability of the development project is in question. 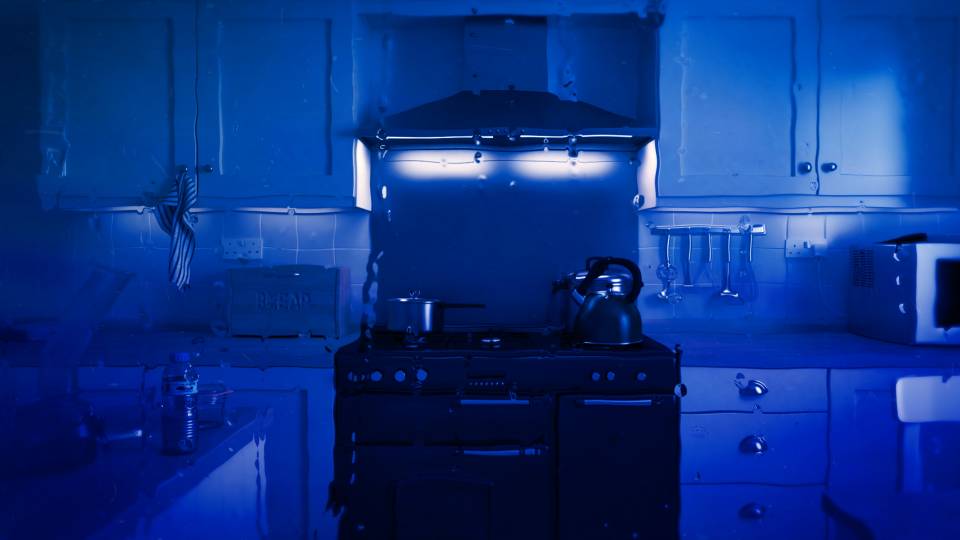