Short films from Japan, Netherland, UK, Sweden, Australia, India, USA and Canada places race in the centre to unpack our understanding of contemporary debates on race,

In fraught political times, issues relating to race and ethnicity, whether immigration, Islamophobia, #blacklivesmatter, or media diversity, are at the forefront of public debate. These short films from Japan, Netherland, UK, Sweden, Australia, India, USA and Canada places race in the centre to unpack our understanding of contemporary debates on race, ethnicity and racism, recognising the intersections between race, gender, class and sexuality.

On his first day of school in a small Japanese town, a half Japanese half black boy tries to prove to his new classmates that his dark skin is not a disease.

A short film about micro-aggressions in which the carefree dynamic between four friends suddenly shifts following an unpleasant encounter with a nightclub bouncer.

Set in 1980 Brixton South London, a mixed raced teenager who grew up in a children's home goes in search for his birth mother. The film highlights the struggles of children in 1970's care system, identity and the consequences of truth and lies.

In a creative office in Stockholm, Cecilia tells an anecdote during a break and uses a racial slur. Asal, the new girl, questions her use of words, and Cecilia is very offended. The Turk Shop is a comedy about structural racism at work.

Charlotte has got a new job as a second-grade teacher. One night she is attacked by a Nazi and is severely injured. When she comes back to her students she discovers that one of her students is the son of a Nazi.

Highlighting the hypocrisy of the Indian society in admonishing racism against Indians living abroad while grossly engaging in the same to our brethren from the North East, this multilingual short film sheds light on the day-to-day trials and tribulations faced by people from the seven sister states.

An interracial couple faces social tensions in the aftermath of the September 11, 2001 terrorist attacks. The film follows the perspective of Harpreet, a young Sikh-American man, as he cautiously navigates a sudden climate of fear and dangerous assumptions.

A bilingual short film that explores social intolerance and its impact on children. Eight-year-old Mathis continues to be influenced by his father's xenophobic worldview after his recently divorced mother grows closer to her Muslim neighbour. 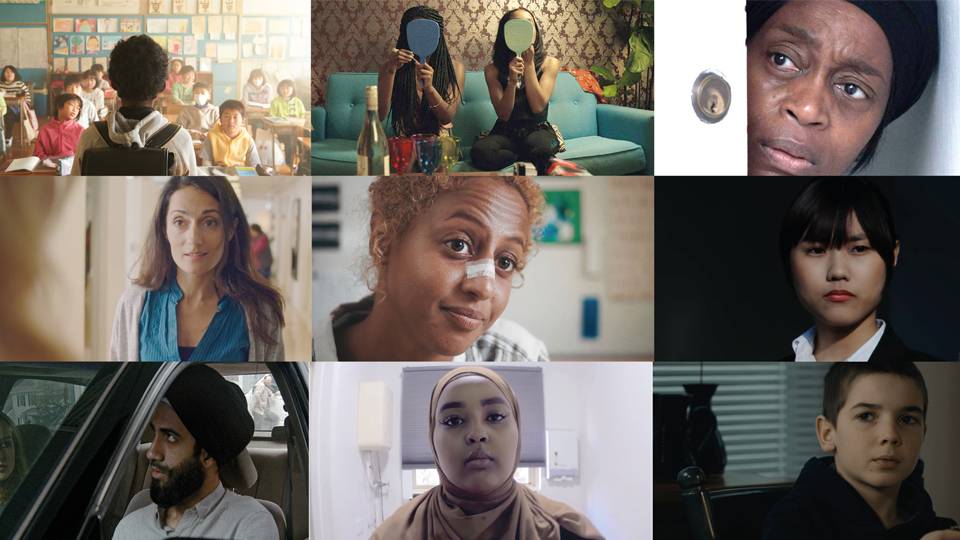