Talk with video clips by Dmitry Vilensky, introduced by Marina Vishmidt and Massimiliano Mollona, with response by Alexei Penzin, followed by general dicussion with the public.

In his talk, Dmitry Vilensky will discuss a new urgency of the post-Soviet – in the current context that is marked by the return of the Cold War narratives, by a postcolonial resentment in formerly socialist East, conquered by capitalism, by a new meaning of engagement and belonging in the field of media and cultural production, and by the resurgent anticommunism with the background of many recent defeats of radical movements. The post-Soviet is seen as a persistence of the communist “ghost”, as a form of knowledge and as a potential for a universalist project beyond the capitalist and colonial modernity.

The collective Chto Delat (What is to be done?) was founded in early 2003 in Petersburg by a workgroup of artists, critics, philosophers, and writers from St. Petersburg, Moscow, and Nizhny Novgorod with the goal of merging political theory, art, and activism. In 2013, Chto Delat initiated an educational platform—School of Engaged Art in Petersburg and also provides resources for a space called Rosa’s House of Culture. From its inception, the collective has been publishing an English-Russian newspaper focused on the urgent issues of Russian cultural politics, in dialogue with the international context. The artistic activity is realizing across a range of media—from video and theater plays, to radio programs and murals—it include art projects, seminars and public campaigns. The works of the collective are characterized by the use of alienation effect, surreal scenery, typicality and always analyses of a concrete social and political struggles. The collective make a strong focus on the issue of cultural workers labour rights and politics of comradeship. 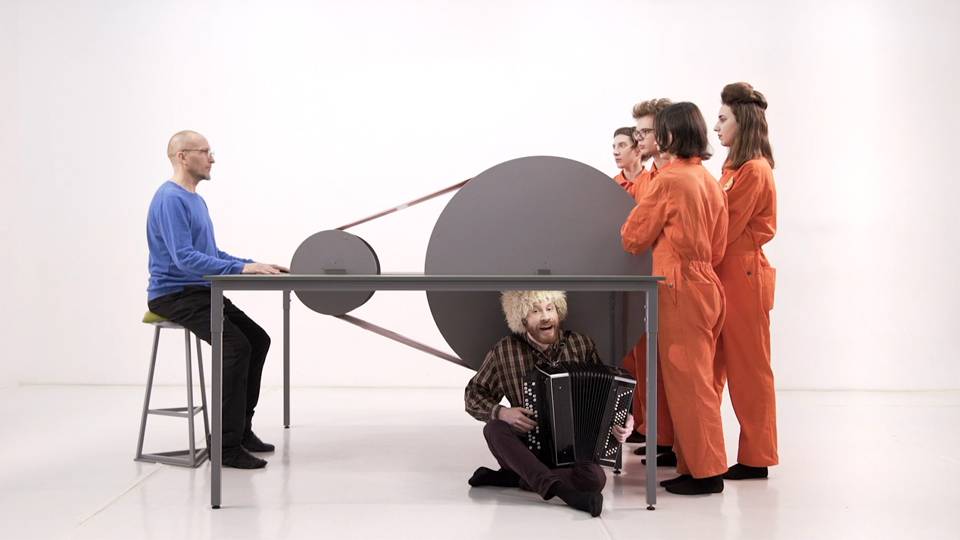