2019 marks two critical anniversaries for women and the law in Britain:
It 100 years since Parliament introduced the Sex Disqualification (Removal) Act which meant that women could become solicitors, judges, magistrates and jurors.

It is 40 years since Southall Black Sisters was founded as a ‘not-for-profit, secular and inclusive organisation’ to challenge all forms of gender-related violence against women.

There can be no more fitting way to commemorate these two anniversaries than by honouring the work of Helena, Baroness Kennedy QC whose recent book Eve Was Shamed: How British Justice is Failing Women (2018) unflinchingly arcs back to her pioneering Eve Was Framed: Women and British Justice (1992) that exposed the scale of injustice faced by women caught within the snare of the British legal system.

The commentator, author and former barrister Afua Hirsch has described Baroness Kennedy’s ‘whirlwind of purpose, charisma, passion’. This dynamism has unflaggingly characterised her reforming influences spanning British law, politics and culture. In opening Eve Was Framed, she establishes the dehumanisation and discrimination women experience in the British ‘justice’ system, a context where ‘their treatment is constantly determined by the degree to which they conform to a non-legal mythology shared by judges, lawyers and jurors alike, sometimes regardless of their sex.’ (p.1) It is not just sex-gender, but prejudices concerning race, class and religion that contribute to the failures that Baroness Kennedy reveals.

In Eve Was Shamed (2018) she casts a net further in response to contexts unimaginable in the early nineties to conclude, ‘despite the dramatic changes which have taken place in women’s lives over the last four decades, women are still facing iniquitous judgements and injustice within the legal system. All legal reforms have produced only marginal advances.’

This event will bring together Helena Kennedy and respondents Pragna Patel (Director of Southall Black Sisters) and recent Law graduate Maxine Thomas-Asante (Co-President, Democracy and Education, SOAS Students’ Union). After Baroness Kennedy's keynote talk, they will discuss the impact of The Arc of Advocacy in relation to Baroness Kennedy’s work and the two anniversaries.

In a 'double first' Goldsmiths' first woman Warden Frances Corner will open the evening - in the inaugural year of the Goldsmiths Law degree.

Renegade Raconteurs is a cross-departmental series initiated by Deirdre Osborne in 2013. It celebrates key figures of modern British history, people whose activism, and determination illustrates just how much our society as a whole benefit from the mesh of cultures, ethnicities and experiences that constitute contemporary Britain. Renegade Raconteurs celebrates their achievements and ideas to cross-generational public audiences, Goldsmiths students and staff - so that heritage is handed on. 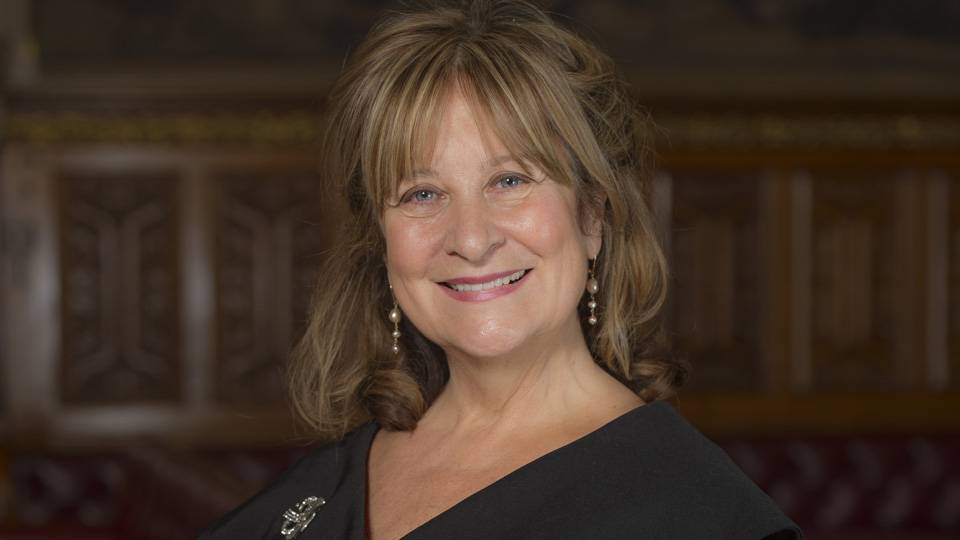