Third year students on the BMus music programmes will perform enchanting music from the Sunda region of Indonesia on the gamelan degung orchestra. Gamelan degung is a gamelan orchestra unique to the Sundanese people of West Java. It is thought to have developed during the last century from an older ceremonial gamelan called goong renteng. Originally, it was performed for the entertainment of the local aristocracy at the courts of Sundanese regents (bupati), the local Indonesian rulers under the Dutch. Since Indonesian independence, however, the music performed by degung has become increasingly popularized. Nowadays, it is often played at wedding receptions, and since the late 1980s it has enjoyed commercial success.

This concert includes both older degung klasik pieces, which used to be played in the courts, and more recent popular songs. 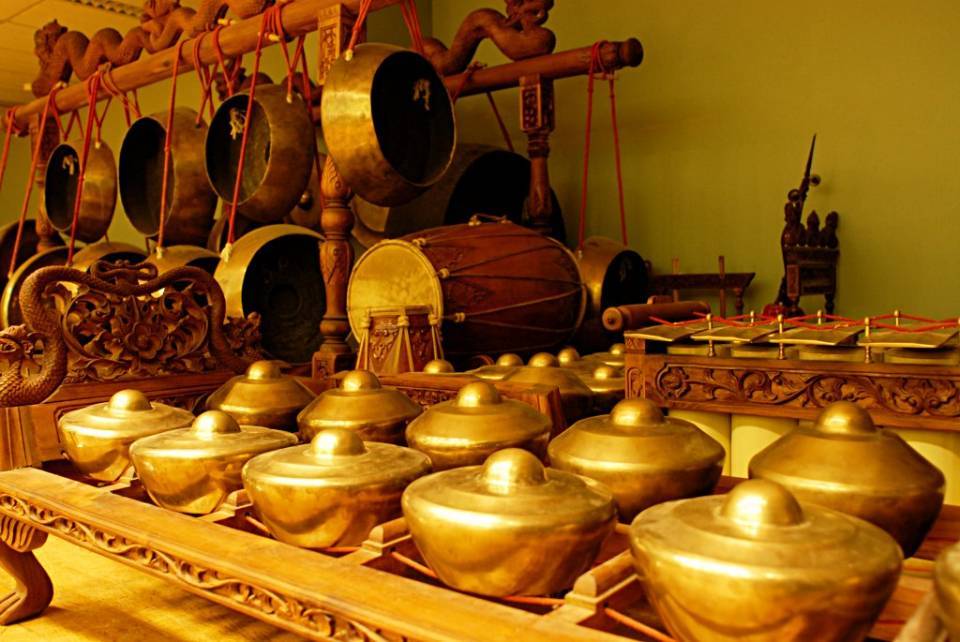