Performance Research Forum presents: TaP Postgraduate Panel with Susan Marshall and Saba Zavarei. Event is followed by drinks and a discussion with the audience.

Susan Marshall: Insubordinate Costume
‘Insubordinate Costume’ is not dictated to by a narrative requirement of the text, it does not bow down to the demands of a director or choreographer, nor is it defined by practicalities. It embraces the role of protagonist and acts as an aesthetic drive to theatre making and dramaturgy. I have created flat-pack modular scenographic costumes which can be assembled in a number of ways and are light-weight and easily transportable while still retaining their three-dimensional nature. During a series of workshops, different groups of contemporary performers have been asked to construct and play with the costumes in order to produce a brief performance. I explore the role of play in the creative approach to the costumes and examine why and how the rule of play is essential to the approach to insubordinate costume, both in the playful essence of the costume and in the way the body interacts and plays with the costume to create a performance.

Susan Marshall is a costume designer and design historian based in Italy. She lectures in the Fashion Institute of Technology (New York) Department at Milan Polytechnic and at AFOL Moda Milan and the Danish National School of Performing Arts in Copenhagen. She has worked with the prison theatre company San Vittore Globe Theatre since the summer of 2015. After many years’ experience working in universities, schools and small theatre companies she has developed a creative and poetic approach to designing on a limited budget.

Saba Zavarei: Songs of Disobedience: Gender, Space and Transgression in Contemporary Iran
Saba Zavarei's doctoral thesis focuses on the creation of alternative emancipatory spaces of everyday life, through transgressive performances. She specifically looks into singing by Iranian women and how, with all the cultural and legal obstacles, they find ways to express themselves through their voice. Exploring tactics with which to reclaim space used by women, she proposes focusing on the body and the ephemerality of performance. In 2018 Zavarei launched Radio Khiaban, a participatory platform and podcast, to show how certain women challenge discriminatory taboos and rules that ban them from singing solo in public. While the female voice remains forbidden, this platform attempts to join forces and unite individual acts of disobedience into a collective.

Saba Zavarei is an artist, writer and researcher, who works across the media of performance, text, sound and video. Stretched between London and Tehran, her work explores the sociopolitical structure of body and space in relation to the performances of everyday life, gender norms, transgressive acts and protest. She has published a poetry collection in Farsi, (2012), and articles in Farsi and English, and is currently working on two new books. Her projects have been performed and exhibited in many places such as Tehran, London, Berlin, Liverpool, Cairo, Tokyo and Minneapolis. 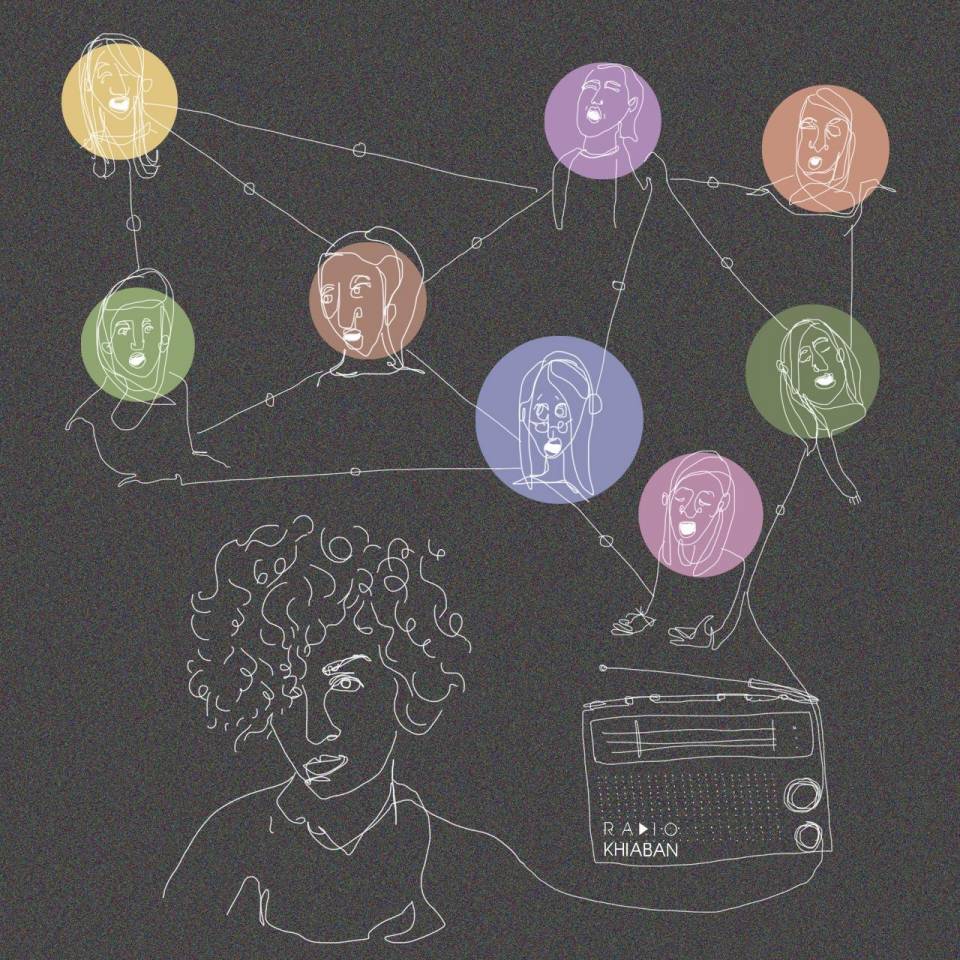