Postponed. VCS4 Day is a one day event paying tribute to the unique early music synthesiser, the EMS VCS4, which has recently been acquired for the Department of Music.

The EMS VCS4, was recently acquired for the Department of Music at Goldsmiths from the musician Simon Desorgher, with the support of the Goldsmiths Alumni and Friends Fund.

The VCS4 was produced by the world-renowned Electronic Music Studios Ltd (EMS) company in London in the late 1960s, run by pioneering composer Dr Peter Zinovieff. It was one of a number of early EMS synthesisers used by pioneers of electronic music in Britain, and was created initially for the composer Harrison Birtwistle for use in his piece 'Chronometer' (1971–72).

The instrument, which is the only one in existence in the world, combines two VCS3 synthesisers to create a custom and highly versatile performance instrument. VCS3 synthesisers have been used by such luminaries as Delia Derbyshire, the BBC Radiophonic Workshop, Aphex Twin, Brian Eno, Hawkwind, Pink Floyd and Robert Fripp. For many years the VCS4 had been thought lost, until the advent of the Hugh Davies Collection arriving at Goldsmiths in 2019, when Desorgher approached the music department with a proposal for the VCS4 to be maintained and made available to students and researchers at Goldsmiths Electronic Music studios.

Shortly after Goldsmiths Electronic Music Studios opened in 1968 (one of the first electronic music studios at a university in the UK), the studio obtained two other EMS VCS3 synthesisers. It is fitting therefore that the VCS4 is now housed in Goldsmiths Electronic Music Studios, affording opportunities for it to be used by undergraduate and postgraduate students in both their compositions and performances.

VCS4 day represents an opportunity to gain detailed insight into this extraordinary instrument, through a series of talks from its inventors, protagonists and leading experts on the history of analog synthesisers and their cultural impact. A programme of performances on the VCS4 will take place throughout the day in the George Wood Theatre.

VCS4 day is a free event, but due to a limited capacity you must register through Eventbrite to attend.

VCS4 day is hosted by the Unit for Sound Practice Research and the Electronic Music Studios at Goldsmiths, University of London.
Curated by Dr James Bulley and Dr Marcus Leadley.
With thanks to the Goldsmiths Alumni and Friends Fund. 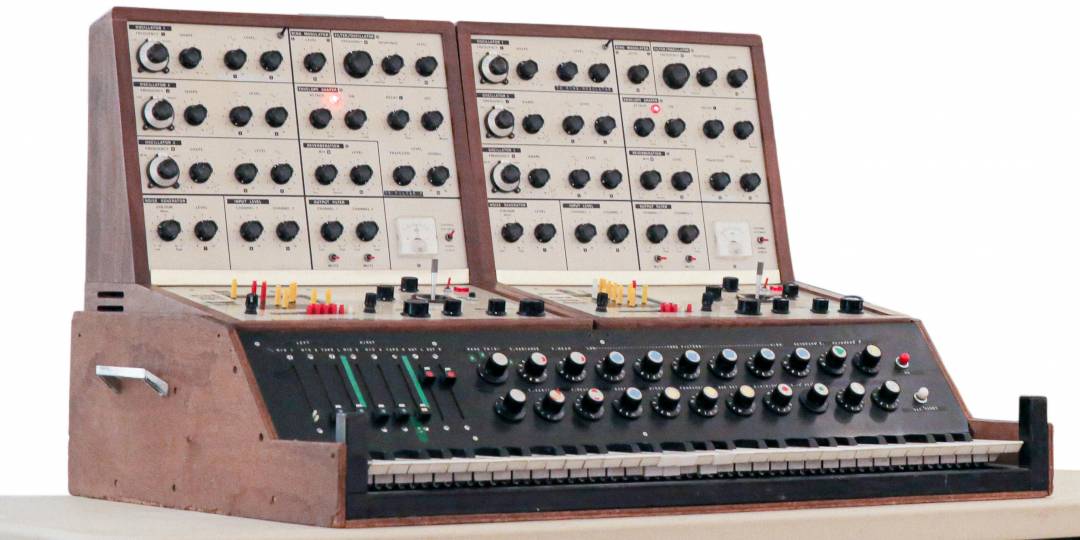