This one-day symposium will think through the implications of accelerationism in the light of the forthcoming publication of Nick Land’s Fanged Noumena: Collected Writings 1987-2007 and Benjamin Noys’s The Persistence of the Negative.

Benjamin Noys, – author of The Persistence of the Negative (2010), blogs at No Useless Leniency

Nick Srnicek – author of Speculative Heresy blog, PhD candidate at LSE, and is working with Alex Williams on a book critiquing folk politics

Alex Williams – working on a book on accelerationism, blogs at Splintering Bone Ashes

But which is the revolutionary path? Is there one? – To withdraw from the world market, as Samir Amin advises Third World Countries to do, in a curious revival of the fascist "economic solution"? Or might it be to go in the opposite direction? To go further still, that is, in the movement of the market, of decoding and deterritorialization? For perhaps the flows are not yet deterritorialized enough, not decoded enough, from the viewpoint of a theory and practice of a highly schizophrenic character. Not to withdraw from the process, but to go further, to "accelerate the process," as Nietzsche put it: in this matter, the truth is that we haven't seen anything yet
– Gilles Deleuze and Felix Guattari, Anti-Oedipus

The English unemployed did not have to become workers to survive, they – hang on tight and spit on me – enjoyed the hysterical, masochistic, whatever exhaustion it was of hanging on in the mines, in the foundries, in the factories, in hell, they enjoyed it, enjoyed the mad destruction of their organic body which was indeed imposed upon them, they enjoyed the decomposition of their personal identity, the identity that the peasant tradition had constructed for them, enjoyed the dissolutions of their families and villages, and enjoyed the new monstrous anonymity of the suburbs and the pubs in morning and evening.
– Jean-Francois Lyotard Libidinal Economy

Machinic revolution must therefore go in the opposite direction to socialistic regulation; pressing towards ever more uninhibited marketization of the processes that are tearing down the social field, “still further” with “the movement of the market, of decoding and deterritorialization” and “one can never go far enough in the direction of deterritorialization: you haven’t seen anything yet”.
– Nick Land, “Machinic Desire”

In the early 1970s, post-68 French thinkers such as Deleuze and Guattari and Lyotard made the heretical suggestion that capital should not be resisted but accelerated. Deplored, repudiated then forgotten, this remarkable moment was returned to only in the UK during the 1990s, in the theory-fiction of Nick Land, Iain Hamilton Grant, Sadie Plant and the Cybernetic Culture Research Unit. Drawing upon Fernand Braudel, Manuel DeLanda, and cyber-theory, 90s accelerationism drew a distinction between markets (as bottom-up self-organising networks) and capital (an oligarchic and predatory system of control). Was accelerationism merely a new cybernetic mask for neoliberalism? Or does the call to “accelerate the process” mark out a political position that has never been properly developed, and which still has a potential to reinvigorate the left?

*** no booking is necessary, but you are advised to arrive early as the event will probably be popular *** 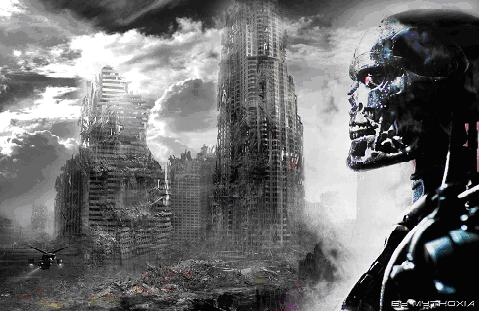