As part of the Department of Music's PureGold season, OperaGold presents Mozart's 'Die Zauberflote', directed by Nan Christie and conducted by Tim Hooper.

Prince Tamino promises the Queen of the Night that he will rescue her daughter Pamina from the enchanter Sarastro. He begins his quest, accompanied by the bird catcher Papageno, but all is not as it initially seems…

Mozart wrote Die Zauberflöte (The Magic Flute) for a suburban theatre in Vienna, the Theater auf der Wieden, and drew on the magical spectacle and earthy comedy of popular Viennese theatre. As well as being a comedy, Die Zauberflöte is an expression of Mozart’s most profound spiritual beliefs. Enlightenment concerns with the search for wisdom and virtue are also at the heart of the tale. Die Zauberflöte was an instant success with audiences and Mozart’s supposed rival Salieri described it as an ‘operone’ – a great opera. 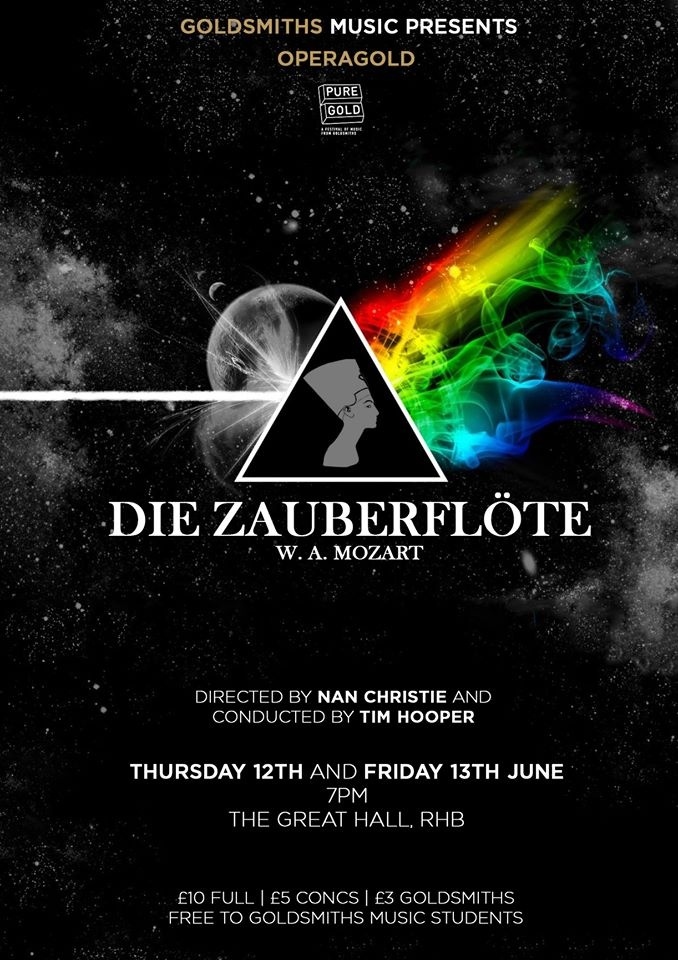