An exhibition of iconic photographs of the 1977 Battle of Lewisham

For the first time, photographs documenting the events of 13 August 1977 are exhibited alongside ephemera and newly discovered archive material.

This exhibition brings together striking images featured in radical photography journal Camerawork and rarely seen photographs taken by some of the most important photographers documenting life in Britain in the late 70s.

What was the ‘Battle of Lewisham’?

On 13 August 1977, the far-right National Front (NF) attempted to march from New Cross to Lewisham town centre, leading to violent clashes with counter demonstrators and the police.

The Battle of Lewisham, as it became known, marked the first time a national NF march was prevented from reaching its destination, and also saw the first deployment of riot shields by Metropolitan Police in England.

Camerawork devoted an entire special issue to the Battle of Lewisham, including 25 black and white pictures, transcripts of speeches given on the day and articles analysing the response of the mainstream media.

More significantly, it included interviews with the eight freelance photographers whose work was featured, recounting their experiences on the day and motivations for documenting it.

This exhibition would not have been possible without the generosity of the photographers involved and Four Corners, London’s centre for film and photography. 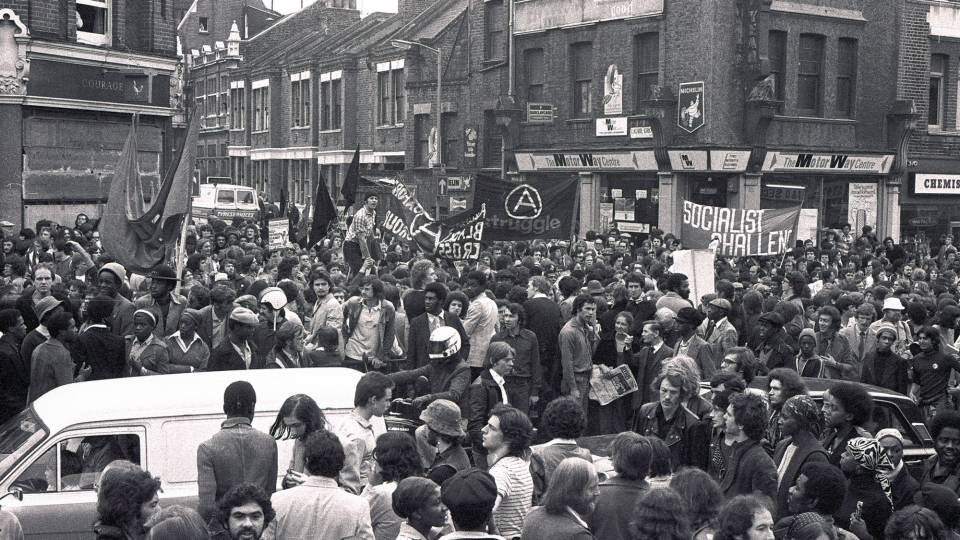