The Goldsmiths Writers' Centre in association with the New Statesman presents the winner of the Goldsmiths Prize 2017, Nicola Barker.

The Goldsmiths Writers' Centre in association with the New Statesman presents the winner of the Goldsmiths Prize 2017, Nicola Barker.

Nicola Barker reading from her winning novel, H(A)PPY, and in conversation with Dr Tim Parnell, literary director of The Goldsmiths Prize.

H(A)PPY is a post-post-apocalyptic Alice in Wonderland, a story which tells itself and then consumes itself. It's a place where language glows, where words buzz and sparkle and finally implode. It's a novel which twists and writhes with all the terrifying precision of a tiny fish in an Escher lithograph – a book where the mere telling of a story is the end of certainty.

Nicola Barker was born in Ely in 1966 and spent part of her childhood in South Africa. She is the author of ten previous novels – including Wide Open, Darkmans, The Yips and In the Approaches – and two short story collections. She has been twice longlisted and once shortlisted for the Man Booker Prize, has won the IMPAC, the John Llewellyn Rhys and the Hawthornden Prizes, and was named one of Granta’s 20 Best Young British Writers in 2003. She lives and works in east London. 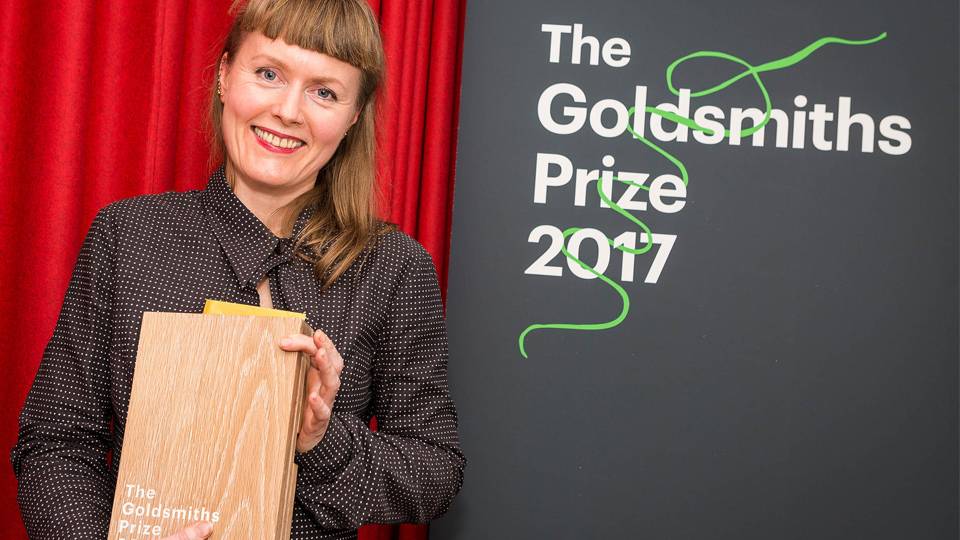