An unknown number of portraits were produced after the death of William Shakespeare. Many of these present distinguishing features with great accuracy, although the overall 'look' of each face is markedly different. The assumption that most of the authentic Shakespeare portraits were modelled on an original portrait, painted during Shakespeare's lifetime, is unfounded. The specific blemishes and pathological features, reproduced with striking consistency in Shakespeare portraits, are the clues to understanding how these portraits came to be made. They were almost certainly created as secular 'relics', commissioned by Catholic families to commemorate a known dissident: a subversive playwright whose assassination is suggested in the posthumous images. The various portraits, along with other objects which bear the same distinguishing features, therefore provide evidence not only for how Shakespeare died, but also of his status as an unofficial martyr - a prominent victim of a ruthless and chaotic State.

Simon Andrew Stirling is a historian who has published two books, both by The History Press: "The King Arthur Conspiracy: How a Scottish Prince Became a Mythical Hero" and "Who Killed William Shakespeare? The Murderer, The Motive, The Means". He trained as an actor (at LAMDA) before turning professional as a scriptwriter, writing for mainstream TV drama series, winning a Writers' Guild Award (for "Between the Lines" - BBC/Island World) and scripting physics, cosmology and mathematics programmes for the Open University. He is currently a Seasonal Lecturer in Scriptwriting/Film Studies at the University of Worcester. 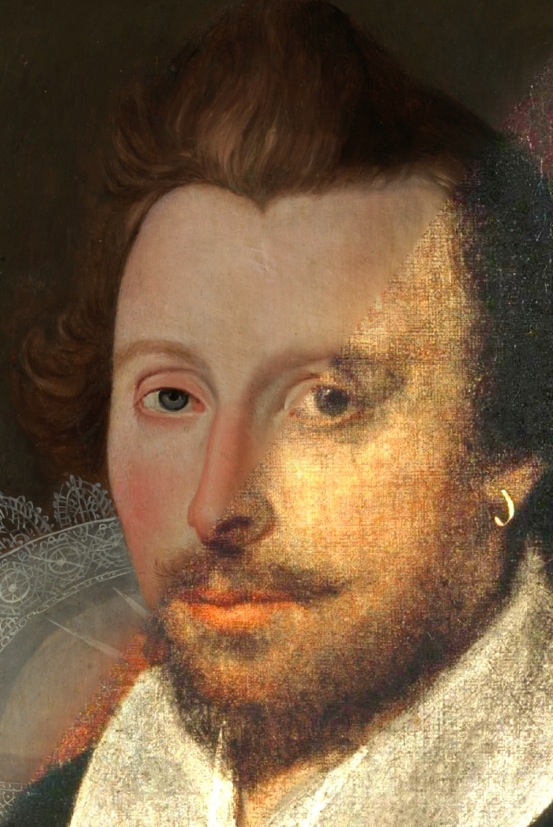