A Visual Sociology postgraduate professional development session in collaboration with the Methods Lab & The Mosaic Rooms.

The Mosaic Rooms and aria (artist residency in Algiers), are pleased to present Intervening Space: From The Intimate To The World. This is the first London group show of six contemporary Algerian artists, featuring newly-commissioned and reimagined works from Fayçal Baghriche, Amina Menia, Atef Berredjem, Hanan Benammar, Massinissa Selmani and Sadek Rahim.

Sadek Rahim will be in residence at The Mosaic Rooms for one month to develop a new site-specific work. Rahim’s work often intervenes in space, working site specifically to draw attention to liminal elements and invest with emotional affect. For this piece, the artist will explore the fine line which separates private from public, the outside world from the domestic interior.

Sadek Rahim is an Algerian artist whose work often combines photography and installation, technology and design. He graduated from the Fine Arts Academy of Beirut, Lebanon and holds a BA in Fine Arts from an MA in Fine Arts from Central Saint Martins College of Arts and Design, London.
Rahim has exhibited widely in Algeria and internationally, including The Museum of Contemporary Art (MAMA) in Algiers, The National Museum Zabana in Oran, The Montparnasse Museum, The TalmArt gallery in Paris, The Oxford House in London, and The Alserkal Foundation in Dubai.

He was also curator and co-curator with Metropolart Cities & Artists (Paris) and the French Institute (Oran) in collaborative events such Nuit Blanche Oran, The 1st Salon of Contemporary Drawing of Oran, The biennale of Contemporary Art of Oran and Video'Apart Oran.

Recently Sadek Rahim has been selected to showcase his work during the international event ''First Night Oran'' Curated by Jérôme Sans. He has also been commissioned a work for Yves Saint-Laurent's celebrations during the event ''les Journées de la Mode'' at the French Cultural Centre, Oran in 2013. 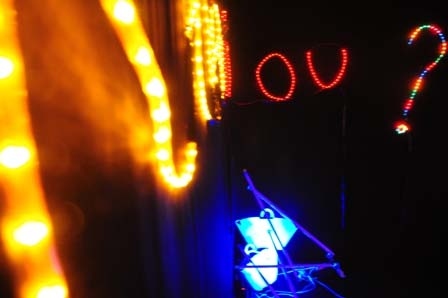