The second in a series of three lectures and debates on the changing shape of the culture industry in London, hosted by the MA Culture Industry, Centre for Cultural Studies, Goldsmiths.

The Balfron Tower, in Bow, East London, is a uniquely symbolic site of urban spatial politics within contemporary London, equally treasured as an avant garde zenith of social housing and vilified as a symbol of its apparent ills. But perhaps because of its contentious popularity, its destiny has been transferred from one imaginary to the other; the Balfron Tower is set to undergo refurbishment and full transfer into private hands.

For the last 6 years, several users and purposes have occupied its spaces as the initial plans to to rehouse its tenants after refurbishment were laid to rest.
The artists part of BAT/Poplar HARCA Live/Work scheme (Bow Arts Trust/Poplar Housing and Regeneration Community Association), various cultural guardians, the few remaining residents and immersive theatrical production, all have used the Balfron Tower as the settings of their life and cultural productions.

This talk will convene a panel of artist-residents, writers, researchers and planners, to examine the conflictual politics of culture’s use by, within and against the neoliberal process of urban regeneration.

Alberto Duman
will host the evening. Duman is an artist, lecturer and independent researcher whose core interests entail the cultural production of urban space and the agency of art within the immaterial economy of this production. He exhibits, writes and runs the BA Fine Art module ‘Art Practice in the Community’ at Middlesex University. In 2012 he contributed to the publication ‘Art of
Dissent’ co-edited by Hilary Powell and Isaac Marrero-Guillamon, with the photo essay ‘AdiZones: rewriting the 2012 Olympic legacy as permanent branding’, and led the event ‘Regeneration Games’ at the FreeWord Centre in London. Between 2012 and 2014 he published papers and articles in: ‘The Wick’ Newspaper, The Occupied Times, City: analysis of urban trends, culture, theory, policy, action, the UCL Urban Lab Pamphleteer n.2, Architectural Review. In 2013 and 2014 he led the Bartlett DPU Summerlab: ‘Localising Legacies’. In the summer/autumn of 2014 he has worked with the DIG Collective in a space in Hackney awaiting demolition. In March 2015, DIG Collective will take part in the show REAL ESTATES at PEER gallery in Hoxton, London.

David Roberts
is a Doctoral student in Architectural Design at The Bartlett School of Architecture, UCL and member of collaborative art practice Fugitive Images.

Ralph Ward
is Visiting Professor at the London East Research Institute UEL and professional town planner in London for over 20 years.

Rab Harling
is a London-based artist who specialises in large-format photography and sculptural installations. He was UCL Urban Lab artists in residence 2013-2014.

James Lander (or those who wish to remain anonymous)
lived and worked as property guardians/artists at two flats at Balfron Tower. James is currently a PhD candidate at University of the Arts London. He considers how Balfron Tower can remain publicly accessible via the first Balfron Tower/Rowlett Street archives.

Ruth Solomons
is an artist working in East London and a practice based researcher studying at Brikbeck, with the provisional title: 'The space between public discourse and sustaining art practice: an examination of statements about artists' work.'

About the MA in Culture Industry 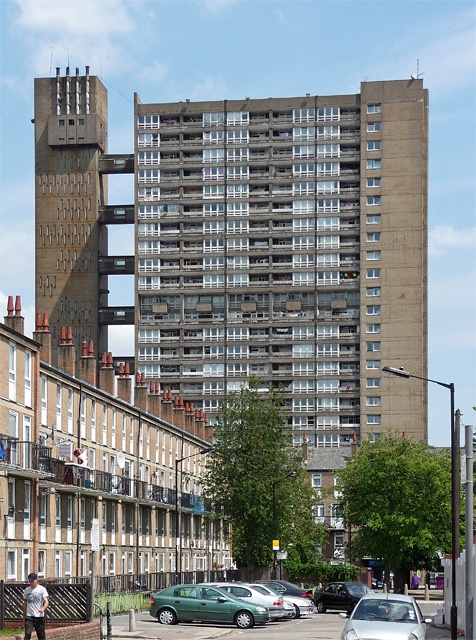