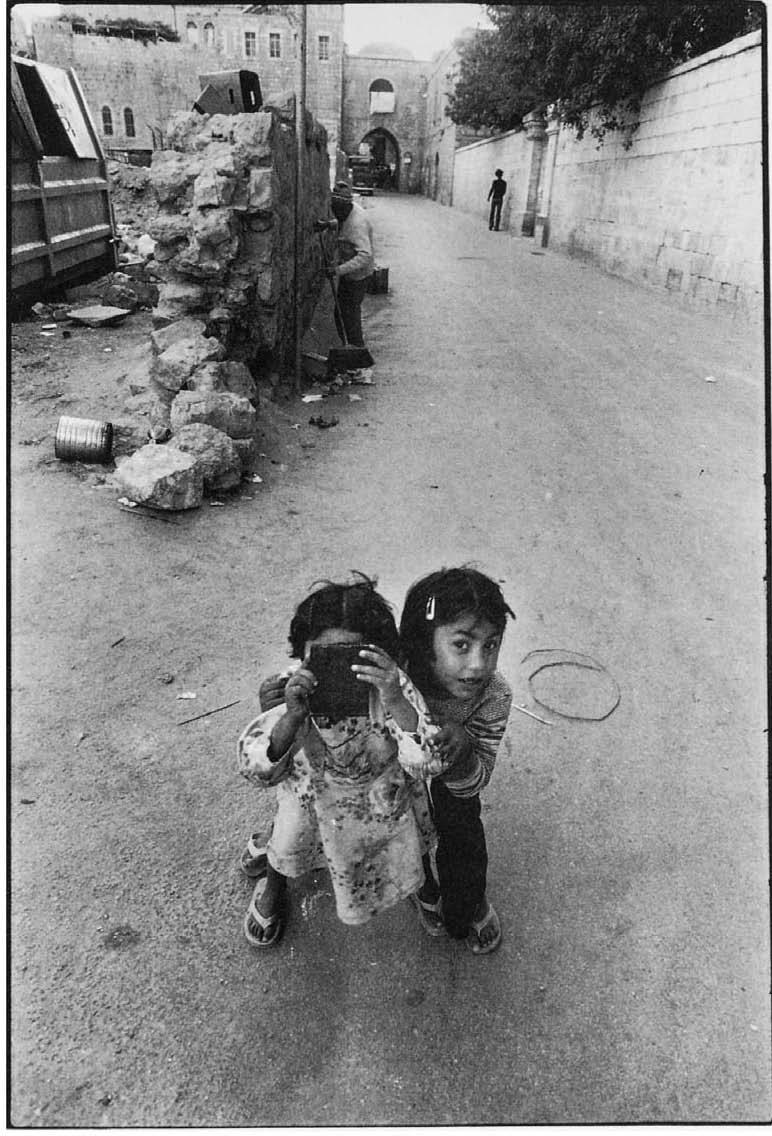 In 1983 Jean Mohr was commissioned by the UN, on Edward Said’s recommendation, to take photos of some of the key sites in which Palestinians lived their lives. Because the UN allowed only minimal text (the names of places) to accompany the photographs, Said and Mohr decided to work together on an 'interplay', as Said put it, of Said's personal account of Palestinian suffering and exile and Mohr's photographs – 'an unconventional, hybrid, and fragmentary [form] of expression' - which they called After the Last Sky (1986).

For the first time Mohr’s images and Said’s text are brought together in the form of an exhibition. Borders, migrations, labour, displacement, diaspora and memory percolate through the words and images in After the Last Sky. So too does the symbolic violence of the intimate, close-up view. The place of the observer – photographer, researcher or journalist – becoming a source of debate. Mohr’s photographs are an invitation to look again, with a critical eye.

Amidst the shifting lines and technologies of dispossession and occupation, landscapes have been transformed and places have been erased and re-named since Mohr took his photographs. Both the text and images in Space & Gaze prompt a dialogue with voluminous images of Palestinian lives that circulate internationally. Inviting reflections on the changes and continuities that have taken place over time not only with respect to how Palestinians have been seen, but also how they have chosen to see and show themselves. The exhibition includes contemporary photographers from Palestine – Ahmad Daghlas, Arine Rinawi, Fadi Arouri, Hatem Moussa and Muthanna Al-QadiOn.‌

Our aim is to extend and develop engagement with this installation through a series of workshops and events. We also welcome autonomously organised events and responses to the exhibition.This exhibition has been financed by the Sociology Department, the Enterprise Office and Goldsmiths’ inter-disciplinary development.

Credits: Photographs by Jean MohrExcerpts from AFTER THE LAST SKY by Edward Said. Copyright ©1999 by Edward W. Said and Jean Mohr, used by permission of The Wylie Agency LCC

Several events were held in conjunction Space and Glaze exhibition. The events, Images from the Exhibition and Media created around it are archived below.