Nearly 300 visitors explored Windrush journeys, navigated a 'Hostile Environment' and weaved their own stories in the sanctuary of a Caribbean Front Room.

This immersive, interactive installation personalised the destruction of the original Windrush landing cards for participants, who not only explored digital recreations and passenger journeys but completed their own landing card, which was subsequently stamped and shredded by a facilitator.

This impersonal and alienating environment gave way to the warmth of the Caribbean Front Room space, where participants joined a craft workshop to weave the shreds of their landing card back together into a unique square of woven card.

In the comfort and kitsch of the Caribbean Front Room, participants engaged with the story of how Caribbean crafting practices contributed to the creation of communities and Caribbean settlement in the UK.

Each square of newly woven card contributed to an evolving, collaboratively crafted tapestry of arrival stories, redeeming the alienating, and for some shocking, experience of navigating the Hostile Environment.

Based on a new transcription of the Windrush passenger list held at The National Archives, the installation built on a series of exhibitions across 2019 responding to research by Goldsmiths Historian Dr John Price and designer and lecturer, Rose Sinclair.

“As a woman of Jamaican heritage, born in England, I was immediately moved and engaged as I recognised familiar images, stories and objects from my own life. I loved the workshop, the discussion and the warmth of the workshop leader.”

A plinth with a tray of 1027 blank landing cards, each representing a passenger who arrived on the MV Empire Windrush in June 1948, greeted visitors as they entered the space set up to echo passport control, complete with border officers and an airport soundscape.

Participants took a blank landing card and inserted it into a specially designed augmented reality-style reader which randomly returned one of the completed Windrush passenger cards from the database based on a transcription held at the National Archives.

On a screen above, the Windrush passenger’s journey was mapped, allowing visitors to see the passenger’s place of origin and destination address in the UK.

Participants were then instructed to complete their blank landing card with their own personal journeys —whether it be to the museum that day or the first time they came to London— before it was stamped and shredded, with the remnants handed back.

This process echoed the destruction of the original Windrush landing cards by the Home Office in 2010, personalising the scandal for participants. 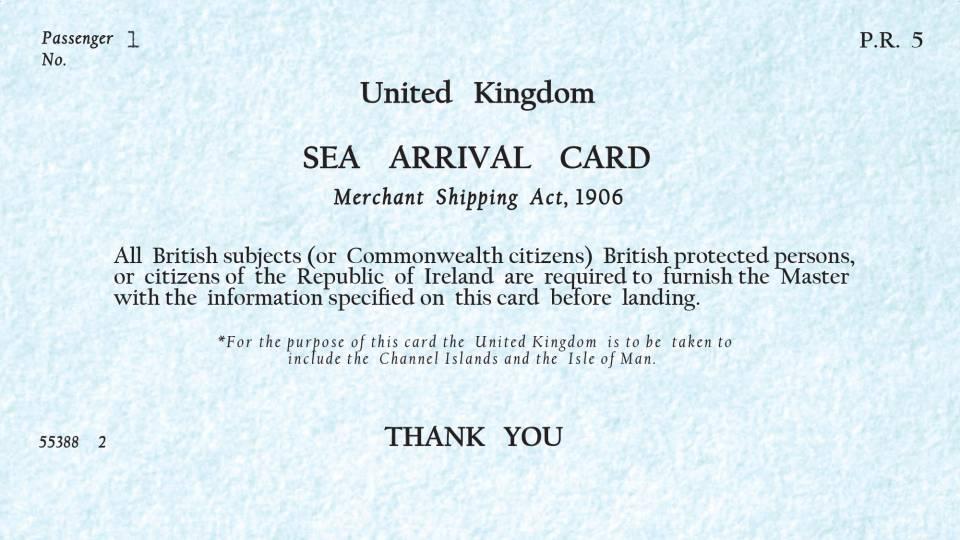 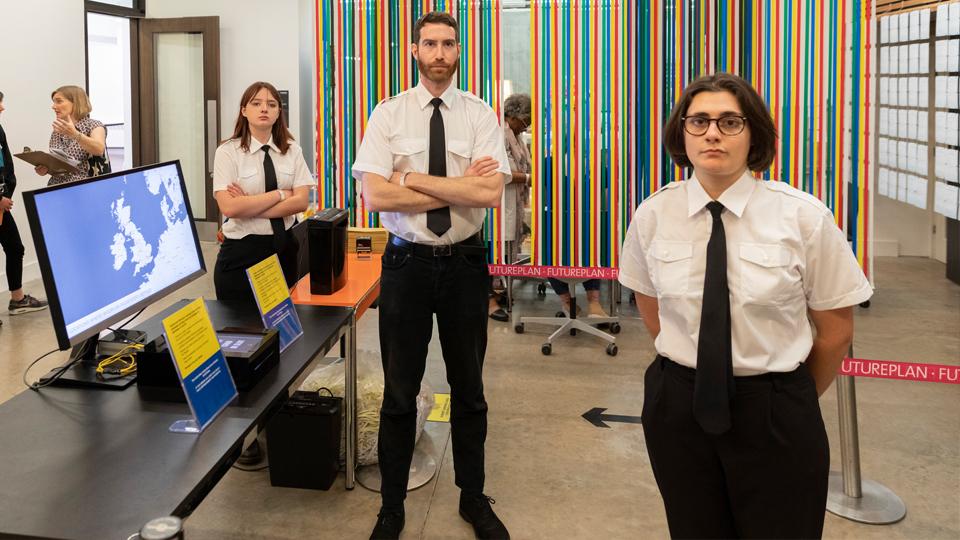 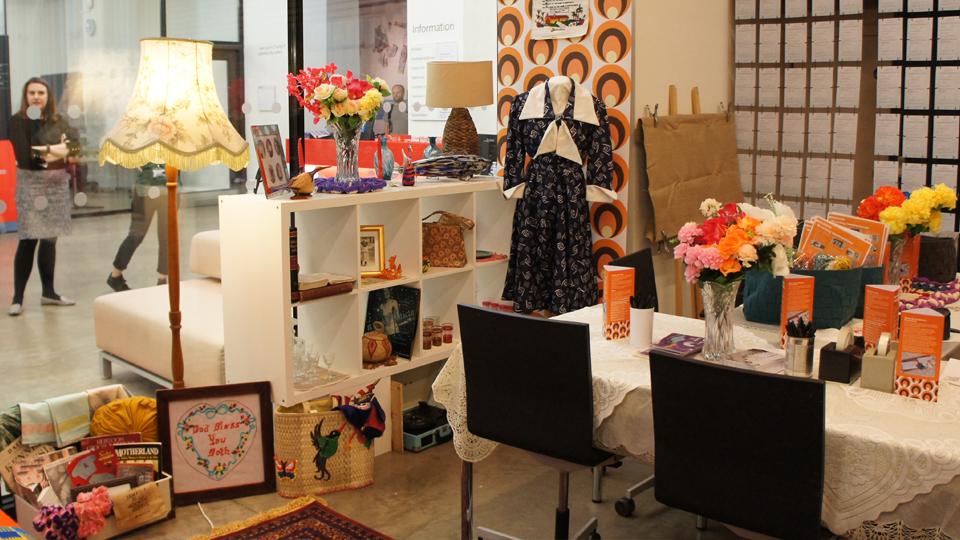 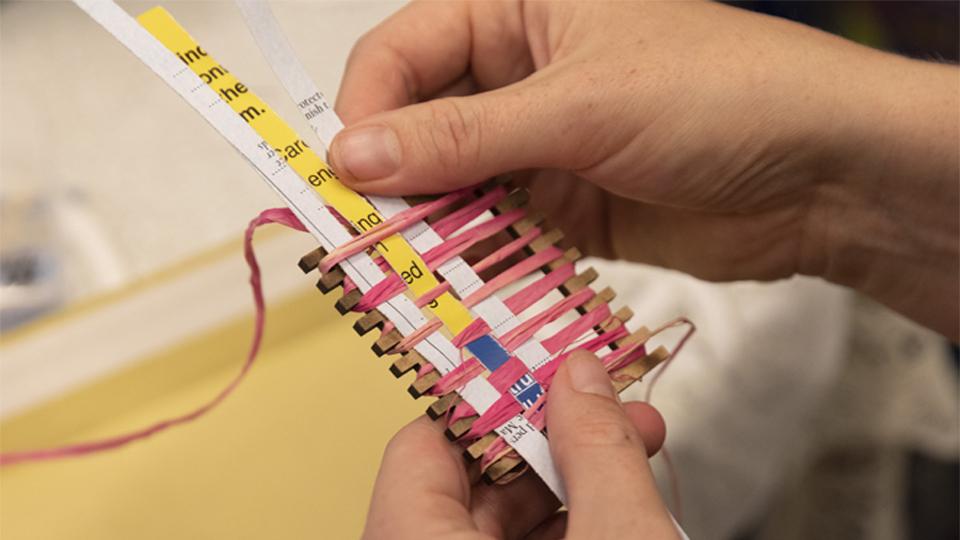 Moving out of the hostile environment with their shredded landing cards in hand, visitors moved into the warm and welcoming Caribbean Front Room recreated by Rose Sinclair, Lecturer in Design Education at Goldsmiths.

Here, Rose taught visitors how to weave the shredded remains of their landing cards into a decorative square which they could choose to add to a collaborative patchwork or take home. In total, 161 weavings were contributed to the evolving tapestry.

A full set of completed Windrush landing cards from the archive transcription were also available for participants to explore, with artisans (dressmakers, tailors, etc.) highlighted in a photo album within the domestic ‘safe space’.

The exhibition of landing cards then continued its life at City Hall between 17 June - 21 July 2019 before moving to Lewisham Shopping Centre where it was housed from the 10 August to 1 November. This smaller version of the original exhibition provided an opportunity for visitors to respond to the landing cards by writing messages of solidarity to the Windrush Generation, which in turn became part of the exhibition.

Looking forward, early discussions are taking place about how the project might contribute to the planned permanent monument to the Windrush Generation in Waterloo Station.

The original Windrush Arrival: 1948 exhibition was created by Dr John Price, Head of History at Goldsmiths in collaboration with Will Cenci, Public Engagement Manager at the College.

The immersive version at the V&A was led by Will Cenci in collaboration with Rose Sinclair, Lecturer in Design Education at Goldsmiths and Random Quark.