Richard specialises in areas of design concerned with curriculum and assessments in schools.

I have successfully completed supervisons with 12 PhD students since 1994, with two currently underway. My research student supervision is located in the following broadly defined areas:

The projects I have directed in the last RAE round (2001-2007) are listed below (see Grants and Awards) and are typically centred on aspects of curriculum and assessment in schools. The most recent focus of our work (project e-scape) is based on the dynamic creation of e-portfolios - using hand-held digital devices – and in several subjects (science and geography as well as design & technology). The web-based nature of the portfolios has subsequently enabled us to develop a radical new assessment methodology based on Thurstone pairs-wise comparisons. The methodology enables far higher reliability than is possible with conventional assessment approaches for portfolios. We are negotiating the replication of this work in parallel projects elsewhere – including West Australia. 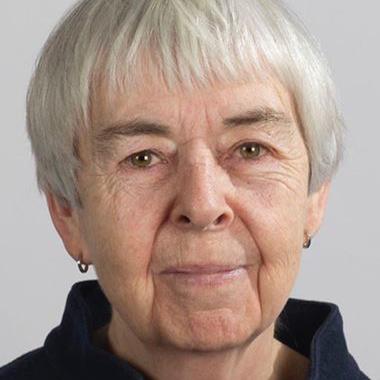 A founder member of the Technology Education Research Unit, she has directed and contributed to research projects in primary and secondary education in the UK and overseas.

Recent research has focused on design, creativity and sustainable development, designerly well-being and digital tools in assessment including creating dialogic frameworks for supporting the development of design capability in digital environments through the use of on-screen avatars. Her current research is focusing on alternative approaches to design and technology education in schools that go beyond mainstream, Eurocentric models.

Kay Stables’ research interests stem from her belief that a defining characteristic of being human is design capability.  Her teaching and research has at its core the development of this capability from the very youngest learners upwards, acknowledging Sen’s definition of capability as what a person can be (their beliefs) and what a person can do (their agency).  This stance drives her interest in the wellbeing of the designer in everyone and how this can be developed through education.  A major focus in her work has been how we understand this capability and its development, which has centred much of her research on authentic, performance based assessment of capability. A belief in the importance of social and cultural relevance is fuelling her current interest in alternative perspectives, beyond mainstream Eurocentric ideas of knowledge, knowing and doing, that can bring more pluralistic contributions to mainstream education. 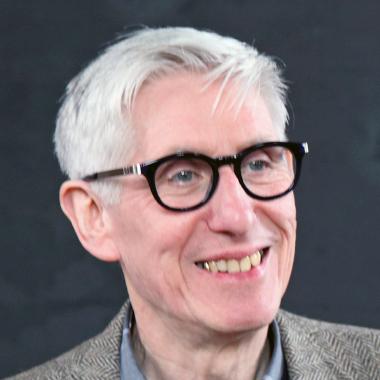 Originally trained as a fine artist, John devised electronic toys and interactive installations, before adapting his approach to inventing, writing and performing. He still plays and records with the 1970s cult band Deaf School. He was Deputy Head of the Fine Art Department for ten years before writing what is now the BA(Hons) Design (1989) and, subsequently, our first MA programme (Design Futures, 1995). At the time, their breadth, and their focus on ecological and ethical issues, was rare. Arguably, their radicalism helped to inspire the way the current Design Department has developed and matured.

In recent years John has supervised half a dozen PhD researchers at Goldsmiths and acted as an external examiner for five PhD candidates and two masters programmes in other universities. In collaboration with Dr. Julia Lockheart and others (Royal College of Art & Central St. Martins), John initiated the international Writing-PAD Network and its ‘Journal of Writing in Creative Practice’ (Intellect Books), which they have co-edited since 2008. The mission behind both ventures is to encourage studio practitioners to see writing as more than a scholastic discipline constrained by the truth-seeking aspects of ‘research’. Rather, we continue to develop methods that also harness talking and writing as a purpose-driven and practical aspect of design thinking.

John has worked as a visiting professor in Japan, Korea and Thailand and given keynote lectures in other countries. He has published over a hundred and fifty articles, papers and chapters, and acted as an editorial board member of international journals in UK, Germany, USA, Australia, Taiwan and Korea. He is currently writing his fourth book, which will explore new possibilities in governance and design thinking. Much of his research into metadesign can be accessed via the Metadesigners webpage.

He has worked in Design and Technology (D&T) teacher education, in-service and postgraduate teaching and research in universities in Australia and the UK since 1994. He is a Design and Technology curriculum theorist with interests in national and international curriculum development. His research explores the relationships amongst ethics, curriculum, pedagogy, democracy, design, and technology – loosely seen as ‘explorations of Technological and Design Literacy as keys to general education’.

He has published numerous peer-reviewed papers and chapters and has led education forums and workshops, conducted consultancies, and has given invited papers and keynote addresses, both nationally and internationally. In Australia, he chaired the Technology Expert Working Group and was principal writer for the D&T Learning Area of the South Australian Curriculum Framework. In this he was instrumental in introducing the curriculum innovation of Critiquing as a key strand of D&T Education for all children. He was also a key researcher in national and international studies investigating Technology Education in Australian Schools and is an Editorial Board member and/or referee for several international D&T conferences and journals.