Goldsmiths Anthropology research has contributed to a better understanding of the social and cultural significance of human hair.

Professor Tarlo received over £145,000 from the Leverhulme Trust to explore the geography and ethics of the global hair trade, an industry worth billions of dollars each year.

Travelling the world, Professor Tarlo was able to trace the logistics of this secretive and unregulated industry, where the origins of hair products are often unclear.

She found that Western hair fashions have relied heavily on imports of hair from Asian countries for over a century, with many inequalities and exploitative practices continuing today.

Professor Tarlo’s research led to the publication of Entanglement: The Secret Lives of Hair, a book which has stimulated widespread public debate about the hair trade in the media and among hairdressers, hair suppliers and wearers.

Professor Tarlo was called on to compile a report for leading rabbinical authorities in the Orthodox Jewish community concerning the ritual status of hair imported from temples in India.

The report contributed to a Rabbinical overruling of a ban on the use of Indian hair in wigs worn by Jewish women, bringing relief to wig wearers and traders across the world.

Further engagement with Jewish communities helped to explain Hindu hair practice and challenge many common misconceptions about the origins of Indian hair.

Addressing the stigma of hair loss

Supported by the National Lottery Heritage Fund, Professor Tarlo participated in a project with school children in Hereford. The Big Wig Project tackled issues around gender stereotypes and social stigma through exploring the social and historical significance of wigs.

Professor Tarlo also collaborated on It’s Only Hair, an animated film about hair loss which has been used by organisations including Alopecia UK and the British Skin Foundation.

Hair is an extraordinary fibre: we associate it with life yet technically it is dead; it is fine but uncannily strong, intensely intimate yet in global circulation where it becomes treated as anything from waste, sacred gift and memento to a commodity with a surprisingly wide range of uses. 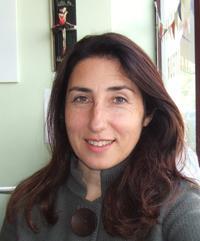