We understand Visual Culture to be the meeting ground between creative practices, the philosophical and the political.

The research being carried out by both staff and students involves not just the range of thematics and concerns outlined below, but also a set of dynamic methodologies that span the theoretical and the practice-based and foreground exploratory and innovative modes of submission and delivery.

In this cluster, we explore the ways in which the present is structured by a relation to the past and the future.

We attend to memory as a collective as well as an individual faculty: something that, in a globalized environment, is produced across geographical, cultural and political borders. We also focus on the various ways in which memory might be blocked (by trauma, or by unconscious and/or political repression), an interest in how disavowed and blocked memories can function as ‘residual culture’ and ‘hauntological’ spectres and, indeed, how the past might itself be ‘re-fictioned’ within the present.

Some research approaches the future as another kind of spectre and fiction impinging upon the present. Where afro- and other new futurisms are concerned, a key preoccupation is the role that various projections and imaginations of the future can play to break us out of present delimitations. Staff specializing in some of the above are Alice Andrews; Henriette Gunkel; Ayesha Hameed; Simon O’Sullivan; Astrid Schmetterling; Emily Rosamond; Lynn Turner; Nicole Wolf.

In this research cluster, we explore visual practices and interventions that address unavoidable questions concerning environmental crises and ecological sustainability, human and non-human geographies, ‘the animal question’ and sociologies of everyday life these themes are approached from an interdisciplinary view of the arts and sciences. Our wide and rapidly growing field within the humanities and post-humanities has allowed us to explore and rethink accepted cartographies, technological investments in environmental ethics and awareness, the legality and politics of the lived environment, the nature/culture dialectic within art history and, fundamentally, the categories of globalisation and climate change following the Anthropocene. Staff specializing in some of the above are Ayesha Hameed; Wood Roberdeau; Lynn Turner; Eyal Weizman; Nicole Wolf; Lorenzo Pezzani.

In this cluster, we chart connections and collisions between territorial claims, postcolonial translations and global circulations.

Thinking beyond local and global distinctions, our research is situated within the transgressive spaces between established practices and knowledge. As such, we navigate between inherited bodies of postcolonial knowledge, human geography, transcultural memory, urbanisation, questions of regionality and more recent discourses on crises of financialization, migrancy, debt, planetary resources and precarity.

Alongside the material and administrative organization of our world, our work considers the role of critical counter possibilities as they make themselves manifest in new realities. Staff specializing in some of the above are Elvira Dyangyani Ose; Henriette Gunkel; Ayesha Hameed; Jean-Paul Martinon; Louis Moreno; Stefan Nowotny; Irit Rogoff; Astrid Schmetterling; Nicole Wolf; Adnan Madani.

Our work in this cluster encompasses performance in both theory and practice and embraces a ‘broad-spectrum’ approach to issues of performance and performativity. Our objects of study include performance art and live art, but also extend to the performativity of identities and affects across a range of cultural practices and registers.

For example, we explore performance art as a fictional, world-making activity; queer theatricality and challenges to critical seriousness; the performativity of species across the animal/human divide; performance and cultural value; post-punk performance and the popular imaginary; and the performativity of resistance to contemporary surveillance technologies. Most of the research undertaken in this area works across a spectrum of activities including scholarship, art-making, and curatorial projects. Staff specializing in some of the above are Zach Blas; Bridget Crone; Simon O’Sullivan; Emily Rosamond; Lynn Turner; Manuel Ramos.

Our work in this cluster centres on modern and contemporary thought that bears on the practice, display and perception of art, and, more broadly, on the workings of representation and visual culture, broadly construed. Often engaging with new developments in aesthetics, we read a wide range of western and non-western authors belonging to a number of philosophical practices or traditions including deconstruction, materialism, phenomenology, political theory, and speculative realism.

We have a specific interest in the work of Agamben, Benjamin, Deleuze, Derrida, Guattari, Haraway, Heidegger, Malabou, Meillassoux, Merleau-Ponty, Mbembe, Nancy, and Spivak. We are affiliated to both the Centre for Philosophy and Critical Thought (CPCT) and the Research Group in Continental Philosophy (INC). Staff specializing in some of the above are Jorella Andrews; Jenny Doussan; Sam MacAuliffe; Jean-Paul Martinon; Stefan Nowotny; Simon O’Sullivan; Brendan Prendeville; Wood Roberdeau; Irit Rogoff; Lynn Turner; Adnan Madani.

In this cluster, our work is particularly focused on relationships between radical politics and aesthetic practices.

Objects of study include subculture and the politics of the minor, strategies of fugitivity, anonymity and/or opacity, dissident subjectivities, political cinema and collective filmmaking, post-punk and popular modernism, intersections of Marxism and aesthetics, the politics of anti-art, the militant aesthetics of masking, the visualization of border zones, trajectories of black radicalism, political violence, and the politics of visibility.

Working across a range of methodologies, researchers approach the conceptualization of political change from a global perspective. Beyond our objects of study, we are invested in interrogating the very notion of the political, and the power it wields across disparate geographical and discursive fields.

Speaking to and developing from the histories, politics and philosophies of feminist and queer theory, our work in this cluster engages diverse methodologies to investigate the making of sexed subjects. Our attention to this making – or poetics – might be given focus by art or moving image works, by the ethics through which we encounter one another, or through the sexual practices, styles or genres developed by particular subcultural groups or locations.

Thus our research includes specific engagements with contemporary South Asian feminist film-making practices; the challenges posed by the scientific turn in new material feminism; the onto-epistemologies of sexual difference; the reassessment of the politics of queer visibility in a post-digital age. Staff specializing in some of the above are Alice Andrews; Zach Blas; Henriette Gunkel; Jean-Paul Martinon; Lynn Turner; Nicole Wolf; Manuel Ramos.

Our work within this cluster explores the intersections between legal frames, territorial divisions, environmental conditions, technoscience and aesthetic regimes as they express themselves within spatial and political contexts. We conduct our research using various investigative methods but in particular through on-the-ground field-work combined with the use of digital tools for data visualisation, media mapping, terrain modelling and remote sensing.

In conjunction with our longstanding activist concerns around human rights and state violence, current research also focuses on ‘radical ecologies’ and ‘data scapes’.

Most work in this cluster is carried out under the auspices of the Centre for Research Architecture which brings together practitioners of architecture and other related spatial practices who are developing multi-year practice-based research that investigates a contemporary political condition. Staff specializing in some of the above are Ayesha Hameed; Louis Moreno; Eyal Weizman; Lorenzo Pezzani.

Technologies of Image and Sound

Our work in this cluster engages with the creation and manipulation of sound and image via various technologies, including cinema, television, the digital, photography and sound devices, and with the political, aesthetic and philosophical discourses associated with these practices.

We regard our explorations of these technologies and discourses as opportunities to engage with issues key to our contemporary world and, indeed, to imagine alternative media configurations.

Of particular interest to us are practices that explore social and political structures, as well as documentary and fictional modes, alongside ideas from the fields of the postcolonial, queer theory, cybernetics, film and television studios, the digital, sound theory, new media, contemporary art and philosophy. We work with these practices and texts in an ongoing reformulation of our questions, ideas and methodologies.

Our work in this cluster addresses questions about the assembling and display of artistic practices, institutional and social analyses, and critical epistemology. As such, we regard the curatorial as a place from which to investigate museum histories, past and present exhibition practices, and the dispersal of curatorial activity away from the institutions that grounded it historically and onto the open platforms of social engagements and public assembly.

Acknowledging the contemporary global proliferation of curatorial activity, our research goes beyond tracking contemporary curating activity in the form of exhibition-making. Instead, we think the curatorial in terms of its potential to rewrite power relations and cultural values within public culture. 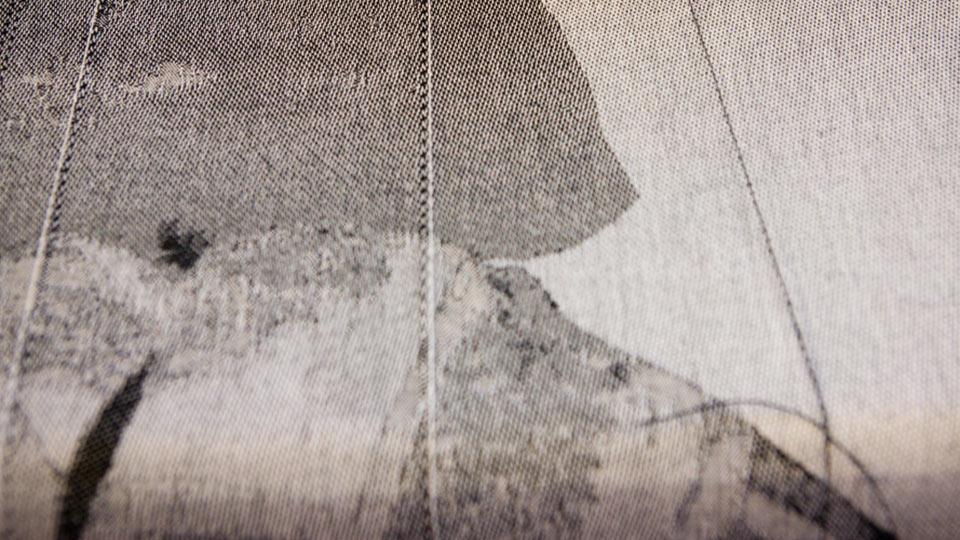 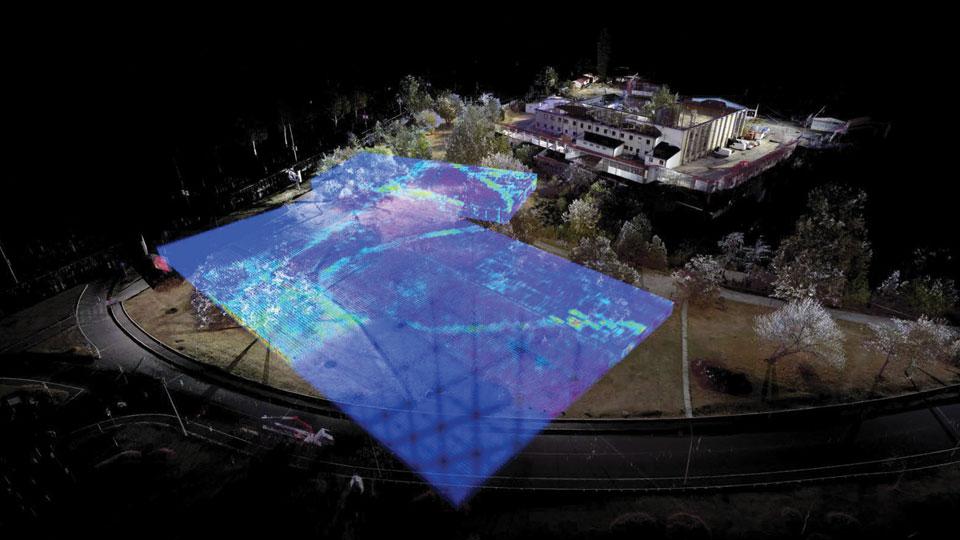 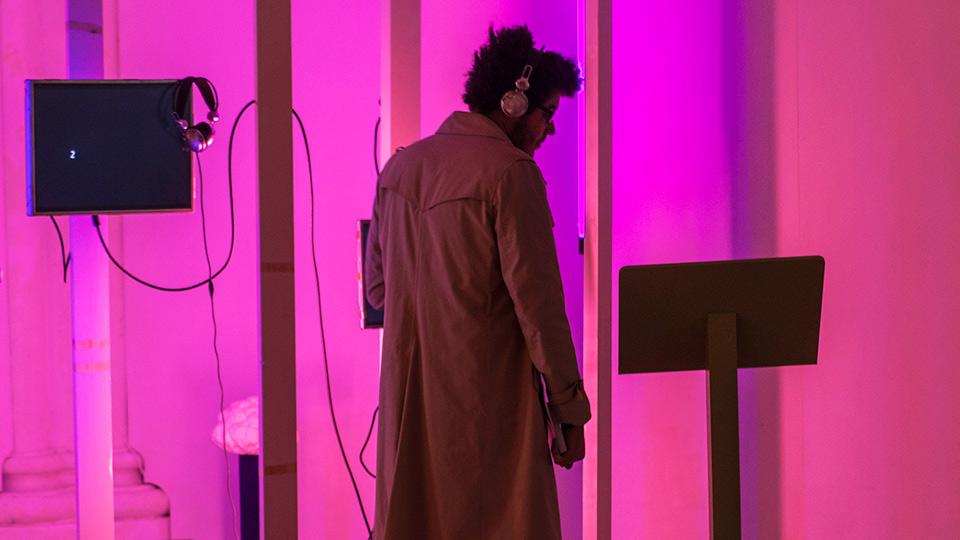