Discover some of the centre's recent and ongoing research projects. 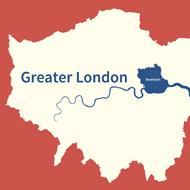 Disappearing Londoners (funded by the Leverhulme Trust) presents a portrait of a forgotten community in East London. Four families talk about growing up, work, values and ‘Englishness’ across 3 generations. An interactive website traces how local folk knowledge, stories, language and learning are passed across generations. 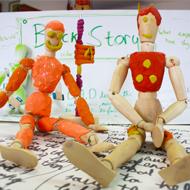 Judith has been actively involved in supporting the language teacher community - specifically during Covid-19 - by promoting examples of good practice by fellow languages teachers and sharing her expertise on the use of film(making) to develop and nurture intercultural understanding in webinars for various educational institutions such as ALL London.

Her most recent publication explores the use of language to express love via a short stop-motion animation film and the role of creative practice to inform theory. She is currently writing an article with Dr Cristina Ros i Solé on filmmaking and the intimate side of interculturality. 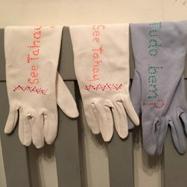 The question of identity and subjectivity in multilingual speakers is one that has preoccupied Cristina for some time. At the moment Cristina is looking at the interplay of materialities, the biographical and the mundane in the building of intercultural identities. Firstly, this has taken the shape of a special journal issue that looks at reconceptualising identity from a post-human philosophical perspective (‘Vibrant Identities’ Language and Intercultural Communication Volume 20, issue 5).

The next step of this project is a monograph entitled Lived Interculturality: living multilingualism with everyday objects. The volume spotlights the ways in which multisensory everyday objects and practices, such as wardrobes and clothing, kitchen tools & cooking, records and playlists, relate to multilingual speakers’ semiotic practices and their linguistic and cultural repertoires (Routledge, July, 2021).

This project documents how the mission, curricula and pedagogy of Greek language and culture classes for children and adult learners of Greek have been changing due to three critical moments (the “new” Greek migration, educational policy changes in Greece and more recently the pandemic).

She is currently exploring to what extent and in what ways the new digitally mediated pedagogic practices and new ways of building a sense of community will be sustained in the post lockdown world. A policy article she co-authored on integrating non-standard varieties into education was just published.

Much existing work on digital storytelling with young people has focused upon forefronting their own personal narratives and viewpoints. However, less attention has been given to what is gained from digitally retelling an existing story without the intention of bending the original text to prominently introduce the self or a diversity of other perspectives into the narrative.

John Jessel’s work with Mirela Dumić (International School of London) explores the role of the original text together with the other material resources involved when children digitally retell, and how this coheres with more recently developing theoretical perspectives that in addition to the social take into account the role of materiality. 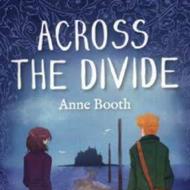 Children’s books about war, written in English, have become increasingly popular since the turn of the century. However, despite this, very few texts feature those who have resisted the call to war, such as conscientious objectors, even though the number of these in the UK grew from 16,000 in the First World War to 60,000 in the Second World War. Themes of peace, pacifism and war resistance would seem to be a necessary part of the wide-ranging tapestry of experience that children’s literature is increasingly representing.

Julia Hope is in the process of writing a co-authored article with Rosemary Rich where they question why there is such paucity, and present a small number of books that address these controversial issues, discussing varying approaches and perspectives.

Considering the impact of an engaging/spiral curriculum in German on teacher motivation in a primary school in south-east London: Susi Sahmland

The past year Susi Sahmland has been conducting an ethnographic case study in a year 3 class considering the impact of using stories to support progress, motivation and literacy. The study was conducted during the last academic year (2018-19) when Susi was team teaching with a year 3 teacher in a bilingual primary school in South East London. The study has been presented at conferences, features in a MOOC and will be discussed in an international journal article (forthcoming, 2021). 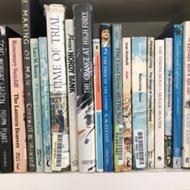 This summer Mette is reading all the Carnegie Medal Winners. She will start at the inception of the medal in 1936 and read chronologically to the present day. Mette will be blogging about her progress and thoughts on the books. The aim is to investigate what has been considered some of the best children’s literature written in the English language, look at the themes which are emerging and to form her own impressions and opinions of this particular piece of literary history.

Mette has persuaded some fellow students to keep her company – they are selecting one book from each decade to ‘meet’ and discuss. One intrepid fellow student is also, like Mette, reading as many of the books as she can. Mette Reads Carnegie blog. 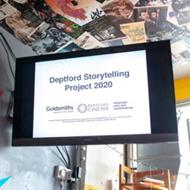 A multilingual community film-making project in Deptford funded by Language Acts and Worldmaking (2019-20). This film project was for people of all ages, languages and backgrounds, including those learning English. Use of subtitles allowed films to be made bilingually reflecting the value that multilingualism brings for the community. The project celebrated Deptford’s rich history and vibrant and diverse community.