Sue is currently writing a commissioned screenplay Jack, a contemporary thriller on asylum issues, which she will direct in 2020.

In 2019 she produced and directed The Stansted 15 On Trial which looks at recent threats to the right to peaceful protest, see https://www.amnesty.org.uk/stansted-15-tell-their-story-through-film

In 2016-17 she worked in the Calais Jungle camp tracking lone child refugees who she believed had a claim to UK protection. Her film Calais Children: A Case to Answer (2017) tells how she brought a team of lawyers to the Jungle, and together they brought a successful challenge against the Home Office in the High Court. The film won 7 international awards and is distributed worldwide by ARTE. It has been screened over 250 times worldwide.

In 2012 she made the award-winning Hamedullah: The Road Home (2012) which tells the story of a young refugee in the UK who was deported back to Afghanistan, and to whom she gave a digital camera.

Sue co-wrote and directed the following dramas: The Last Crop starring Kerry Walker (The Piano) and Noah Taylor (Shine); British Academy-nominated Heart Songs starring Tom McCamus, and the award-winning feature film The Disappearance of Finbar starring Jonathan Rhys Meyers which was released worldwide by Buena Vista. She was chosen from 600 new European directors to have her work showcased in New York and Hollywood (First Film Foundation/Panavision awards). She wrote Jumolhari, a screenplay set in Bhutan, produced by Donald Ranvaud (City of God, Central Station) and an adaptation of The Lost Girl by DH Lawrence, with Yellow Bird Films (The Girl with the Dragon Tattoo).

She is also a consultant producer for ITV News and Channel 4 News on asylum, protest and civil rights issues. Information on her films is at www.eastwestpictures.co.uk For more on her refugee research go to: Big Journeys Uncertain Journeys

She co-founded the Goldsmiths Human Rights Film Festival which has run since 2015.

Her current book, The New Internationalists: Activist Volunteers in the European Refugee Crisis will be published by Goldsmiths and MIT in 2020.

Sue has supervised or co-supervised the following to completion:

M Phil:
"Time-lines in the work of Borges and their significance for narrativity in post-classical Hollywood Cinema"
"Cinematic notions of time and space as factors in musical performance"

PhD:
Teenage girls and the female rites-of-passage cinematic genre: a screenwriting approach"
"Appropriating narratives of conflict in contemporary verbatim theatre: a practice-led investigation into the role of the playwright"
"The American Diner Waitress: An Iconography"
"Race, Gender and Class in the sports film genre”

2019 The Stansted 15 On Trial An online campaign film supported by Amnesty International, Liberty and many other organisations.

2017 Calais Children: A Case to Answer A multi-award-winning documentary

2013 The Song Of The Shirt the feature film co-directed with Jonathan Curling in 1979, screened at Genesis Cinema London, along with Fournier Street, Sue Clayton’s photographic gallery exhibition.

2013 The Song Of The Shirt screened at the Leyden Gallery Spitalfields as part of the Fabricate Exhibition.

2013 The Song Of The Shirt screened daily at the Iniva Gallery (Institute of International Visual Arts) London as part of the Keywords exhibition.

2013 Too Sensitive To Touch, US feature documentary co-directed with Michael Oblowitz, screened at the Hof Gallery, Berlin.

2013 Teenagers In War Zones, for Our World on BBC television, on the lives of young asylum-seekers in the UK who face deportation back to Afghanistan.

2011 Hamedullah: The Road Home, the award-winning documentary film about a Hazara Afghan boy who sought asylum as a child in the UK, then at eighteen was deported back to Afghanistan and sent back video diary material on his return. Distributed by social media and with multi-platform and interactive elements. Won Best Documentary at London Independent Film Festival, shortlisted for One World Media award.
"A very Important film" - Oscar-winning Actress Emma Thompson
"Shines a spotlight on key issues" - Dazed Digital
"A bold, original documentary comparable to Winterbottom’s In this World " - Amnesty International

2011 Consultant on Bruce, Bridget And Me, A rites-of-passage screenplay by Safraz Manzoor, adapted from his novel of the same name. In development with the BFI.

2008 Extracts From Jumolhari, 20-minute performed reading of extracts from the screenplay with unique Bhutan location footage, screened at cinema and academic events.

2005 Music And Dance Of Southern Italy, 40 minute DVD of research in South Italy, funded by AHRC. Screened at academic and cultural events in UK, Italy and USA

2003 The Memories, Feature screenplay based on the novel by Noel Virtue, set in New Zealand. Developed by Red Productions.

2003 Disappearance Of Finbar, DVD 45 minutes of additional material on the DVD of my feature film The Disappearance of Finbar, including interviews with key personnel and a ‘making of’ documentary.

1997 Disappearance Of Finbar (103 min feature, 35mm col.)
Shot in Ireland and Sweden. Principal investors Channel 4 and Pandora (France).
Finbar Flynn is the hero of a poor Irish housing-estate. But when he flunks a football trial and his friends reject him, he climbs onto the flyover that overshadows their homes and jumps... It is up to his best friend Danny to trek across Europe to bring him back, and in the process discover the meaning of home; what draws people together, and what tears them apart.
Starring Jonathan Rhys Meyers (Match Point, Bend It Like Beckham) and Fanny Risberg (Elinor's Wedding).
Invited to 30 Festivals, released worldwide, UK release Oct 1998. Winner of Best Film at Madrid (1997) and in the USA, Best Irish Film (AFI Awards). Released in UK Oct 1998 to excellent British press. Soundtrack album on Snapper Records. DVD by VCI Cinema Club, available on Amazon, HMV and play.com websites
"Full of intriguing ideas and incidental charms." - Variety
"Sue Clayton's eclectic and unpredictable, and ultimately captivating film THE DISAPPEARANCE OF FINBAR is a meditation on the meaning of home and the power of wanderlust. The film contains some priceless moments, not least the theme song which has the making of a cult hit single" - Irish Times

1993 Dracula, The Undiscovered Country (40 min. Beta col.)
Archival film about the origins of the Dracula myth, which in Transylvania is to do with rituals of grief and mourning for the dead- transformed by western demonology into a tale of horror. Broadcast on Channel 4's Rear Window slot as context for Coppola's Bram Stoker's Dracula. Starring Ronan Vibert.
"Revelatory programme about the origins of the Dracula myth, tracing it to Romanian folk custom...fascinating insight." - Time Out

1991 Japan Dreaming (52 min. 16mm col.)
Personal exploration of Japan’s dreams for the 21st century, with revelatory ideas for a 'softer' form of new technology, made for Central TV. Winner of the Silver Award at the Tokyo Film Festival. Broadcast on ITV in 1991.
"A fascinating documentary about Japan’s hi-tech society as it dreams of a serene feminine future.” - Mandy Walsh, Daily Express

1990 The Last Crop (60 min. 16 mm col. )
Award-winning adaptation of an Australian short story about a house cleaner who lets her neighbours into the apartment of rich people who are away so that the have-nots can enjoy the luxuries of the haves. Starring Kerry Walker (The Piano) and Noah Taylor (Flirting, The Year My Voice Broke). A hit on the Festival circuit; sold internationally. Screened on TV in 15 countries. Irish Film Festival Award 1991.
"Better by far is the film of Tynesider Sue Clayton, who had to go to Australia to make it.....there hasn’t been such a concerted one-woman attack on business opportunism since Rosalie Goes Shopping.” - George Perry, Sunday Times

1988 How To Survive Lifestyle (53 min Beta col.)
A look at the advent of yuppie culture in the 1980's. For Channel Four.
"Directed by Sue Clayton, a lady who can spot a social trend at a hundred paces in a thick fog." - John Naughton, The Observer

1987 Turning Japanese (53 min Beta col.)
An analysis of how Japanese companies moved into Sue's native north-east of England, bringing with them their culture as a 'sweetener". How this went down with local people... Broadcast on Channel Four and screened on festival circuit.
"Excellent, and the music is delightful" - The Listener

1983-6 The Commodities Series (6 x 53 min, 16mm, col.)
A wide-ranging a prestigious series tracing the history of world trade over 500 years...showing how world history has been defined by the production and trade of some basic products- tea, coffee, sugar, oil, opium and gold. Screened on Channel Four. Generated much public interest and a discussion forum.
"Bold and ambitious.. astonishingly revealing" - Jonathan Steele, The Guardian
"Provocative, with a breadth of vision and analysis" - New Musical Express

1983 Women on Film (6 x 10 min, 16mm col.)
Commissioned by Channel Four to select to womens' film and TV work from around the world and shoot 10-minute intros, giving a theoretical and cultural context. Screened on Channel Four.

1982 Too Sensitive To Touch - Sex and Talk in the USA (60 min 16mm col.)
Co-directed with Michael Oblowitz. A movie on language and sexuality in contemporary America. Toured the US arts and academic circuit.

1980 BBC Open Door – What is Independent? (50 min Video)
Programme on independent cinema made with Open Door team to highlight need for more access to broadcast channels.

1976-9 The Song Of The Shirt (140 min, 16mm, col.)
Co-written and directed with Jonathan Curling. An independent feature film about women in the sewing trade in the nineteenth century, about whom poets wrote, philanthropists raved, and finally government interest was stirred- bringing about legislation to protect them which formed the origins of the Welfare State. Made collectively with over 200 cast, crew, musicians, artists, historians, academics in various fields, women’s groups and trades unions.
Sold to fourteen countries. Broadcast on Channel Four in its opening season of British Independent Films, 1982.
"A remarkably ambitious, multi-faceted project.. pleasure is afforded by its strategic variation of image quality, and witty musical score" - Time Out

Clayton, Sue. 2015. The Therapeutic use of Film and Theatre to liberate Young Refugees from Disempowering Identities. In: Taiwo Afuape and Gillian Hughes, eds. Liberation Practices: Towards Emotional Wellbeing Through Dialogue. Routledge. ISBN 978-1138791121

Clayton, Sue. 1994. Dancing at the Crossroads, a writer's autobiography. Vertigo, 3, 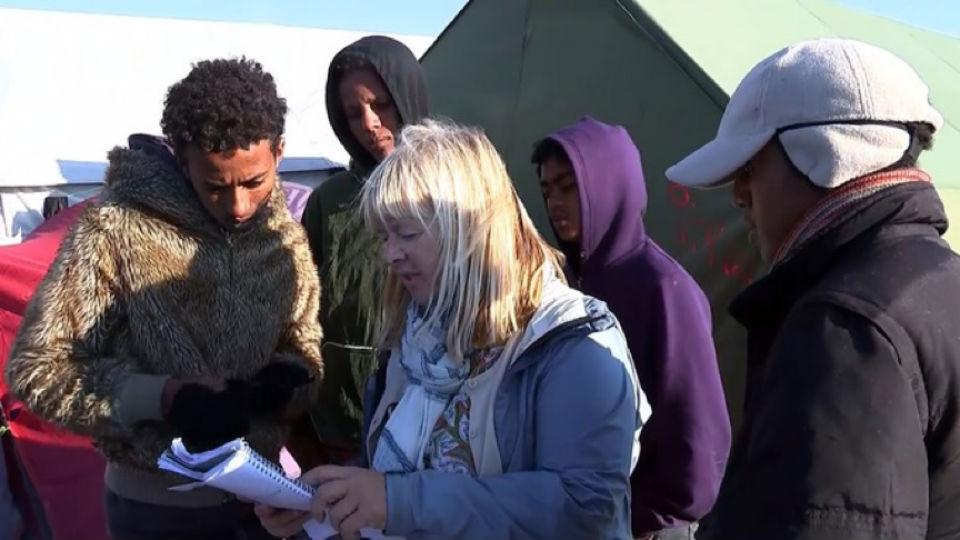 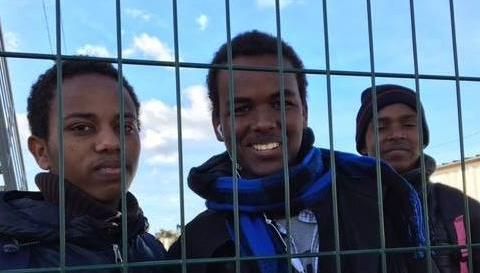 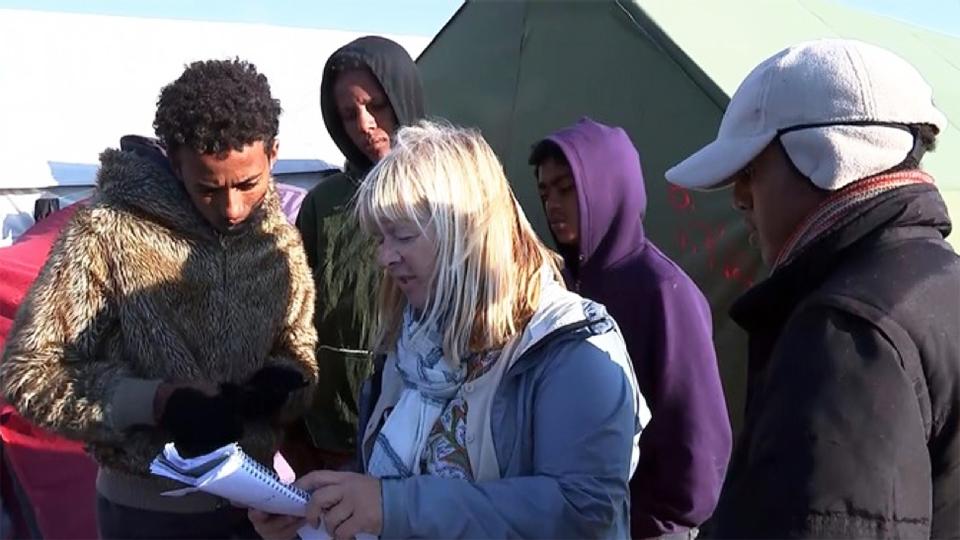 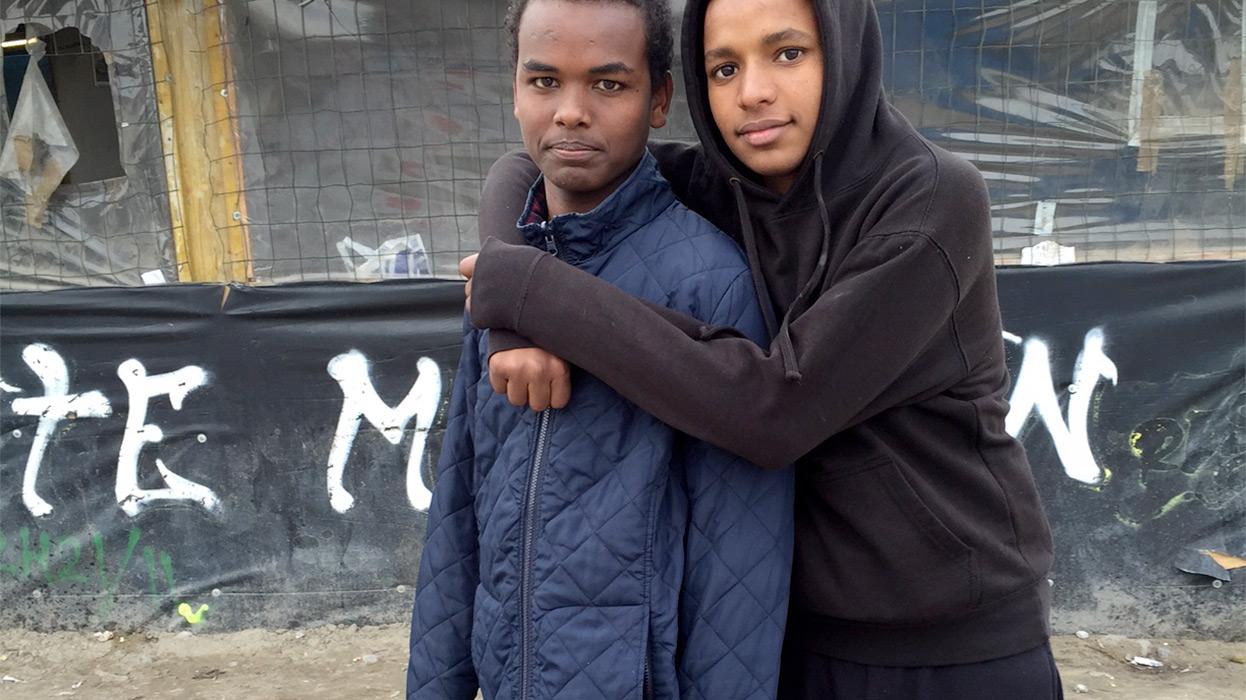 Goldsmiths at Being Human 2016