Goldsmiths Centre for Queer History brings together an interdisciplinary and international range of scholars, students, activists and other professionals. 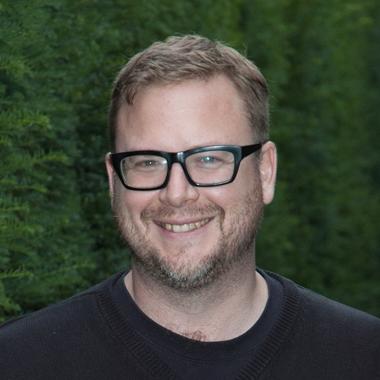 Dr Justin Bengry is Director of the Centre for Queer History at Goldsmiths, where he convenes the world’s first MA in Queer History. He is a cultural historian of sexualities and the queer past focusing on twentieth-century Britain. His primary research is into relationships between homosexuality and capitalism, but is also interested in current policy surrounding ‘gay pardons’ and queer local histories. His work has been published in History Workshop Journal, Media History, and several edited collections. His monograph project The Pink Pound: Capitalism and Homosexuality in Twentieth-Century Britain is under contract with the University of Chicago Press. 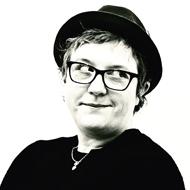 Dr Daisy Asquith is a Senior Lecturer at Goldsmiths and has convened the MA in Filmmaking (Screen Documentary) since 2015. Daisy is a documentary filmmaker with over 20 years experience making films for the BBC, Channel 4, BFI, Irish Film Board, Grierson Trust and Sheffield Docfest among others. She has won many awards for her work including the Royal Television Society Best Documentary Series twice (‘The Decision’ and ‘15’), a Grierson, and a BAFTA nomination.

Daisy has been invited to serve on juries for BAFTA, RTS, London Film Festival, Grierson and numerous international documentary film festivals. Her research blends theory and practice and she has presented at conferences internationally, including SCMS Atlanta. She was awarded her PhD in Creative & Critical Practice from the University of Sussex in 2019.

Dr Benno Gammerl is currently researching the interplay between migratory dynamics and sexual attitudes and practices in Europe since the late nineteenth century. In his work he has so far focused on the contemporary history of homosexualities in Germany and on the administration of ethnic heterogeneity in the British and Habsburg Empires from 1867 to 1918 (a revised English edition of this monograph was published as Subjects, Citizens and Others with Berghahn Books in 2018). 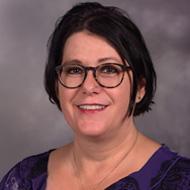 Molly Merryman, PhD is the founding director of the Center for the Study of Gender and Sexuality and an associate professor of Sociology at Kent State University in the United States. She is the research director for Queer Britain, the UK’s national LGBT Museum. Merryman is a documentary filmmaker and author, whose scholarly work explores societal marginalization, with a particular focus on gender, gender identity, sexual orientation and race.

She is the director and producer of nine documentary videos, which have screened internationally at film festivals and universities, been shown on broadcast and cable television, and been part of exhibits at museums and galleries, including the MOMA PS1 and the Library of Congress in the US, and the Salisbury Arts Centre in the UK.

Merryman is the author of Clipped Wings: the Rise and Fall of the Women Airforce Service Pilots of World War II, first published in 1997 and scheduled to be reissued with an updated preface in 2020.  She is also the author of numerous book chapters and journal articles. She is the vice president of the International Visual Sociology Association and serves on review boards of the Paris Ethnografilm Festival, the IVSA flagship journal Visual Studies and the Journal of Video Ethnography.

At Kent State University, she was the founding director of the Women’s Center and was one of three faculty who started the first LGBTQ Studies program in Ohio, and she established the university’s LGBTQ Student Center and the LGBTQ Student Emergency Fund. Her efforts have been recognized by receiving the University’s Diversity Trailblazer Award. 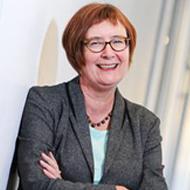 Alison Oram is Professor of Social and Cultural History at Leeds Beckett University and a leading scholar of gender and sexuality, popular culture, public history and intersections of these with LGBTQ heritage. She is author of numerous articles and two books on LGBTQ history: The Lesbian History Sourcebook (2001) and most recently Her Husband Was a Woman!” Women’s Gender-Crossing and Modern British Popular Culture (2007). Alison also leads the project “Pride of Place: England’s LGBTQ Heritage“, an initiative funded by Historic England, the government agency responsible for protecting England’s historic buildings and landscapes. 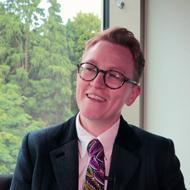 Amy Tooth Murphy is Lecturer in Oral History at Royal Holloway, University of London. She specialises in lesbian and queer oral histories and post-war lesbian history, with an emphasis on domesticity. Her other research interests include oral history theory and methodology, public history (particularly pertaining to queer history), feminist theory, lesbian literature, butch/femme cultures, queer theory, oral history and reading, memory and narrative, and reading and identity formation. Amy is a Trustee of the Oral History Society and a member of the Raphael Samuel History Centre.